10 Best Weekend Trips in the UK

Although exploring the world is fantastic, there is a lot to be said for exploring where you live as well. And so this post is dedicated to the best weekend trips in the UK. And all within easy distance from London. Read on to fall a little bit more in love with the UK!

This list of the best weekend trips in the UK includes a variation of city and countryside escapes, so there will be the perfect weekend escape for you!

The Cotswolds may be the most picturesque, quintessentially British place to visit. Crammed full of chocolate box villages and beautiful local towns. It is such a pretty part of the UK.

There are so many different parts of the Cotswolds you can head to. If you want pretty villages visit Upper and Lower Slaughter, Burton-on-the-Water or Bibury. For pretty towns – Morton-in-Marsh and Broadway have a lot to offer. 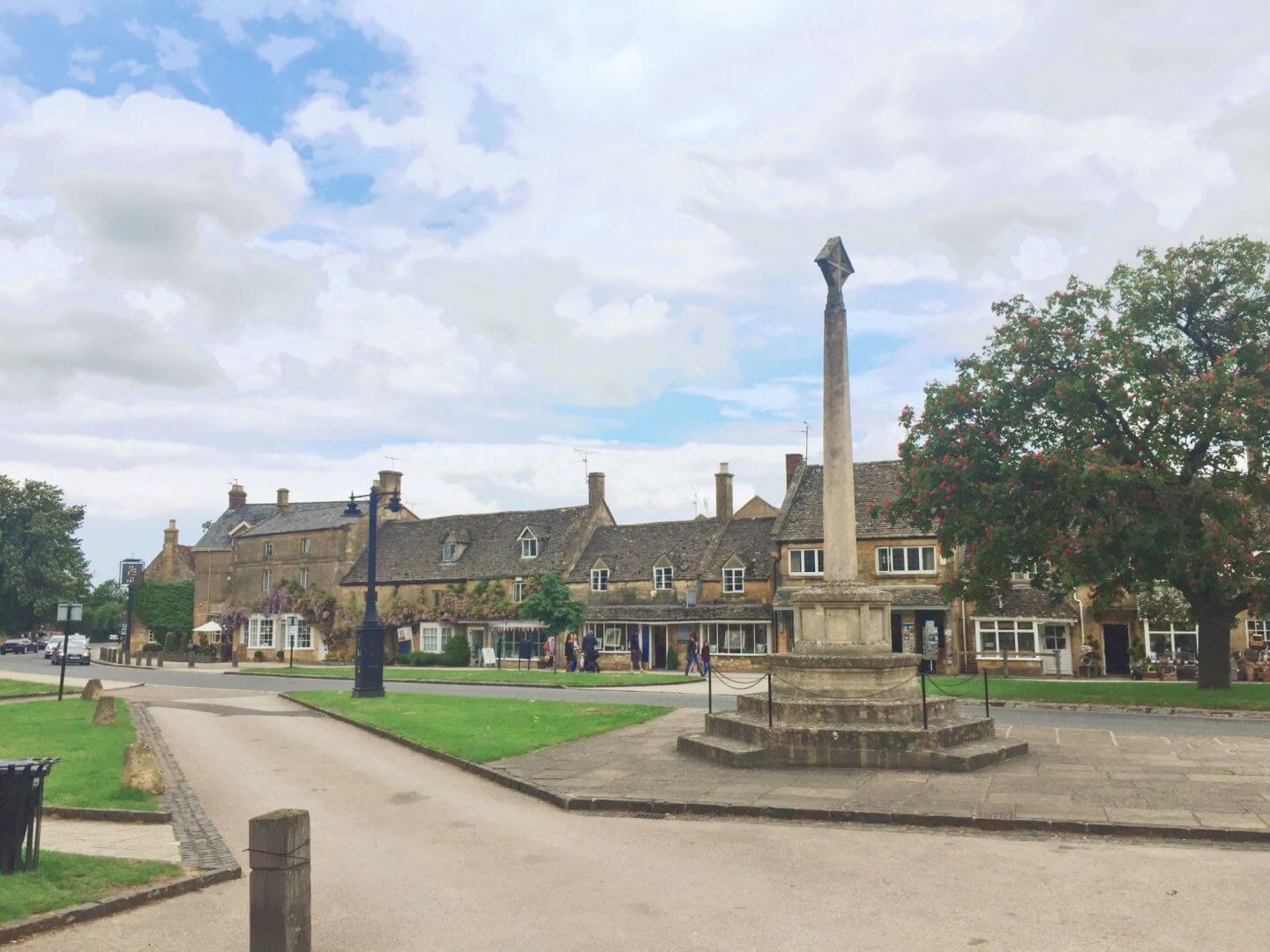 Take the time to indulge in beautiful walks, pub lunches and also check out Blenhim Palace for that bit of history while you are in this part of the world!

Getting there: One hour 30 minutes by train from Paddington Station to Moreton-in-Marsh or around two and a half hours by car.

This beautiful part of the UK is home to some of the prettiest coastal villages as it, uniquely, has two coastlines.  Known for picturesque towns, charming villages, traditional harbours and beautiful beaches. Weekends in Devon have a lovely, laid back relaxed feel – so perfect if you need to unwind for a couple of days.

The villages along the train line from Exeter St Davids to Exmouth are definitely worthy of being one of the best weekend trips in the UK. They will provided the perfect tonic for a chilled seaside break. The little village of Lympstone has two lovely pubs, access to the estuary and countryside walks. Head down to the harbour where you can see the washing lines out in the sea that the fishermen still use.

Getting there:  A 3 hour train journey, with a change at Exeter or a 3 and a half hour drive.

One of the prettiest parts of the UK! This part of Norfolk has so much to offer. From pretty little coastal towns, to beautiful villages filled with flint houses. There are stately homes to explore, steam railways to take and piers to wander down. 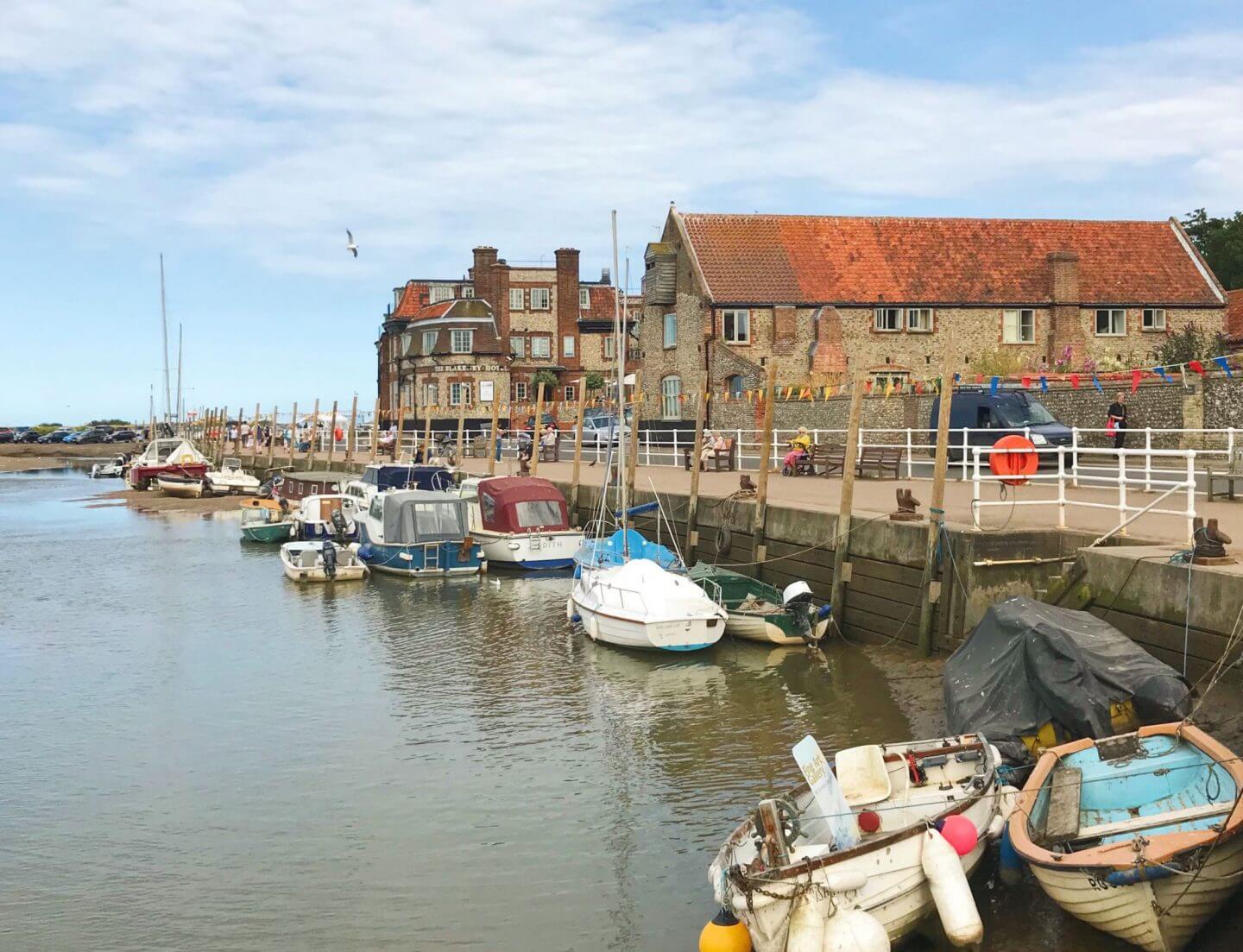 Home to some of the prettiest walks in the England, as well as the setting for quite a few films – the ending of Shakespeare in Love was filmed on Holkham beach. The perfect weekend away, involving days on the beach, the coastal views you will see when you take a long bracing walk and then finishing the day in a local pub. This part of the country is renowned for some amazing local produce, meaning you are sure to have a truly delicious meal.

Try Wiveton Hall cafe for a lovely lunch, or head a bit further inland to the Gunton Arms which is set in acres of Parkland.

Considering North Norfolk – take a read of this post by clicking here!

If you are looking for a bit more of a chilled city break in the UK – Cambridge is the place!

With punts on the river, home to one of the oldest universities in the world, honey coloured buildings – this is where period fantasies come to life.

It is definitely worth taking the time to explore some of the old university buildings, there are 31 colleges spread across the city which are open to visitors. The most famous are Trinity, Kings and St Johns. Punting is a must do as well. Either hire your own boat, or get one with some one do put the effort in for you.

Also known for great places to eat, put on a summers day one of the nicest things to do is to take a picnic down to the Millpond and sit along the banks of the river.

Getting there: 1 and half hour train from London Kings Cross or a 1 hour 20 minute drive.

Incredibly close to London, making this one of the easiest best weekend trips in the UK. Known as the Garden of England and ideal for taking a quiet break from city life. Kent has something to offer for every traveller. If you are after some Great British seaside charm, then Whitstable is the place. It is full of quirky shops, oysters and local beer

If you are still craving some city charm, then don’t miss the city of Canterbury. It has a UNESCO World Heritage city centre as well as the world famous cathedral which attracts visitors from near and far.

Getting there: 55 minutes from London St Pancras to Canterbury or 1 hour 25 by car.

The New Forest is one of the largest remaining areas of forest in the South of England, despite being Britain’s smallest national part. Wildlife is abundant here – deer and the famous New Forest ponies, who have been protected over the years. They roam everywhere, so you don’t need to go any specific to see them.

When in the New Forest, you are spoilt for choice for country walks. There are over 140 miles of trails and paths, so there are options for all levels of difficulty. The New Forest website has lots of options for different routes and lengths, as well as choices if you want to cycle.

Also not to be missed are the picture perfect villages of Brockenhurst and Lyndhurst. The latter has recently been named the most beautiful place to live in the UK!

Getting there: 90 minutes by train from London Waterloo to Brockenhurst. In the car around 1 hour 45 minutes. When in the New Forest, it is easier to get around by car.

Known for its stunning cathedral, historic buildings, charming city centre, farmers markets and being a generally rich historical city. People have inhabited this area since forever, and its population is around 45,000 which makes it one of the smallest cities in the UK. However it is definitely one of the most beautiful.

If you visit at Christmas time there is a very festive Christmas market which pops up at the base of the cathedral and will definitely get you into the festive spirit!

The high street is one of the oldest in Britain, so this needs to be your first stop. Many of the shops still have historic store fronts, which display some fine examples of Elizabethan and Regency architecture. The city was also built on one of the first known grid systems, and as part of this green spaces were incorporated -perfect to sit and relax in.

Getting there: 1 hour 10 minutes from London Waterloo or 1 hour 30 minutes by car.

The Yorkshire Dales is one of the UK’s greatest treasures, and known as ‘God’s Own County’ The Dales have a distinctive scenery, known for rolling hills, high heather moorland, dry stone walls and all with beautiful walks and quaint country pubs.

Home to the beautiful Bolton Abbey, sleepy villages, the famous viaduct, towns such as Harrogate and Skipton, beautiful waterfalls and the home of Yorkshire tea. There is something for everyone.

Getting there: Train from London Kings Cross to York takes 2 hours. Drive in around 4 hours, although it is easier to have a car to explore when you are there.

This medieval market town is in the West Midlands and the birth place of William Shakespeare. No trip would be complete without visiting the ‘birthplace’ home of the famous author – the locals talk about in revered tones.

There are also some picturesque walks to be had around Stratford – the paths along the canal side are definitely worth taking a wander along. 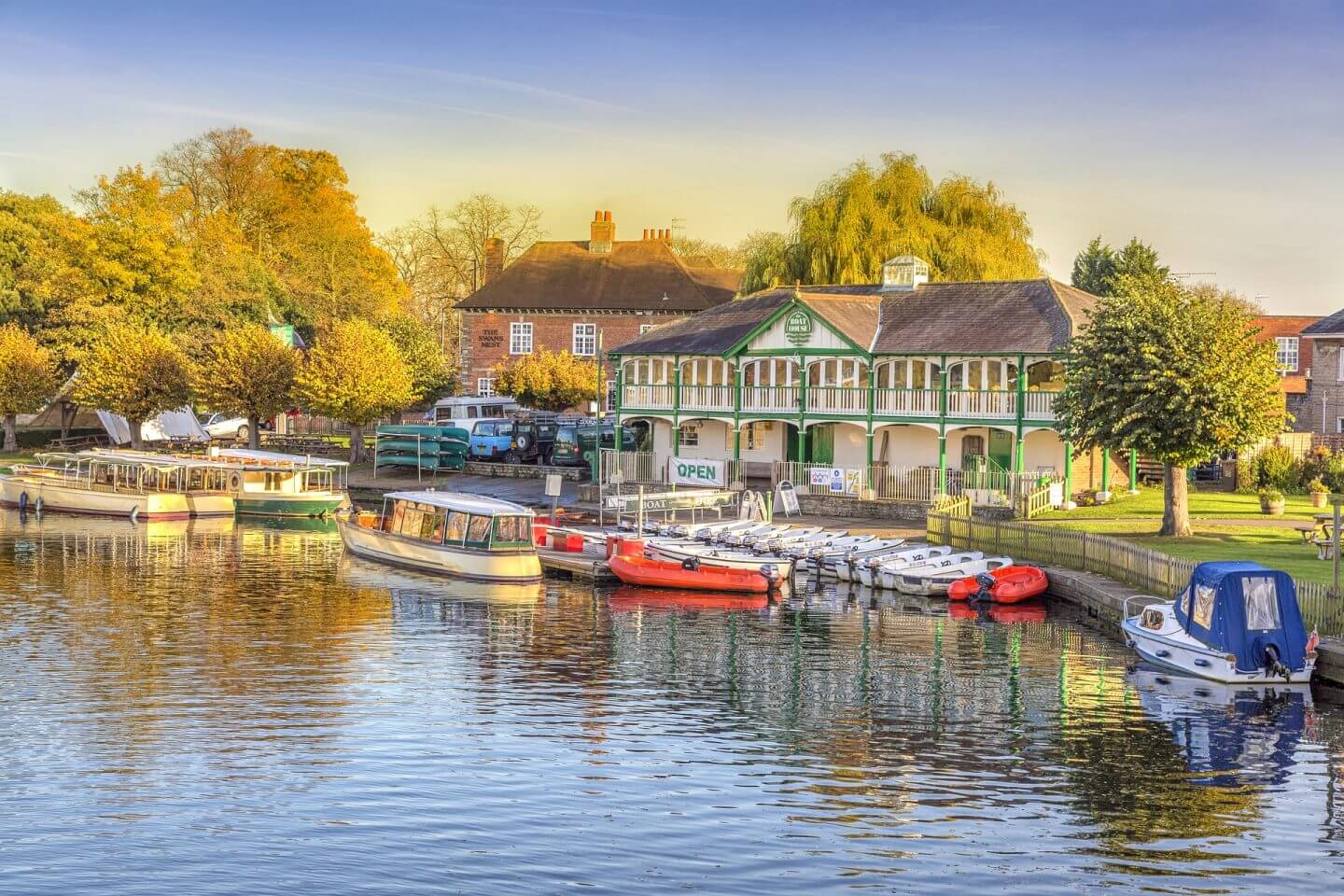 Finally don’t miss catching a play at the Royal Shakespeare Company theatre –  it is the birth place after all!

Getting there: 2 hours from London Marylebone via Lemington Spa. 2 hours by car.

The Peak District became the first National Park in the UK, in 1951 and covers an area over 5 counties. With endless natural beauty, tons of adorable villages and where you can live out all your Jane Austen fantasies.  Chatsworth House was used as the setting for Pemberly in the 2015 Pride and Prejudice adaption. Additionally the nearby Haddon Hall has been used as Thornfield in more than one adaption of Jane Eyre.

Early 19th Century literature aside, the Peak District is a paradise for walkers with walks varying in difficultly from gentle rambles to the more challenging of hikes. Nothing better than a day of walking by ending up in one of the many local pubs.

Getting there: 3 hours from London Euston to Buxton, with a change at Stockport. 3 hours 15 by car.

How many of these places have you been to? Are you a weekend break fan?

One week in Chile itinerary

Great post. I’m not really a weekend getaway type of person, but as an American, England would never be that sort of thing for me anyway. 🙂 On the other hand, all my in-laws live there, so I’ve been several times for longer trips, though not to many of the places you listed. We’ve punted on the Cam before. That was fun. Also, we’re heading to the Peak District in a couple weeks as part of a larger cycling/sightseeing/visit family trip. Can’t wait!

It’s also great to have longer in these places too, I’d love to! Have the best time in the Peak District. Sounds like a fantastic trip!

What a great list of places to visit in the UK – love all of them! I’m heading to the Peak District next month and I’m really looking forward to it 😊

Ahhh amazing. Have the best time!

Shamefully I haven’t been to many of these. Running low on annual leave this year though so maybe I’ll plan a few UK weekend getaways to make up for it. Great recommendations 🙂

Thanks so much! They are a great way to feed the wanderlust when time and money are tight!

I think that it makes sense to have destinations of limited size for weekend breaks. Stratford, yes that seems reasonable, but you can’t really see all of Kent in a weekend, so I’d never have that in my top 10.

Awww! These places are all so wonderful and charming. I hope I will be able to go on a UK road trip soon, because these places are just so incredible. Thank you so much for sharing.

Aww thank you! Road trip around the UK sounds awesome. There is so much to see here!