Distances in Jordan don’t seem that large, so it is easy to base your self in Amman for a few days and take some great day trips from Amman out to see more of the country. Some of these destinations can be combined into one day, if you are short of time. The perfect way to get out and explore!

Jordan doesn’t have the best transport links, so the easiest way to get around is either to hire a car or to book onto a tour for the day trips from Amman.

This is said to be the site where Moses saw the Promised Land for the first time, before dying. It said it was here that he was buried.Today, there is an absolutely stunning church on the site. From the outside you can see over to Israel, for the very same view Moses saw. 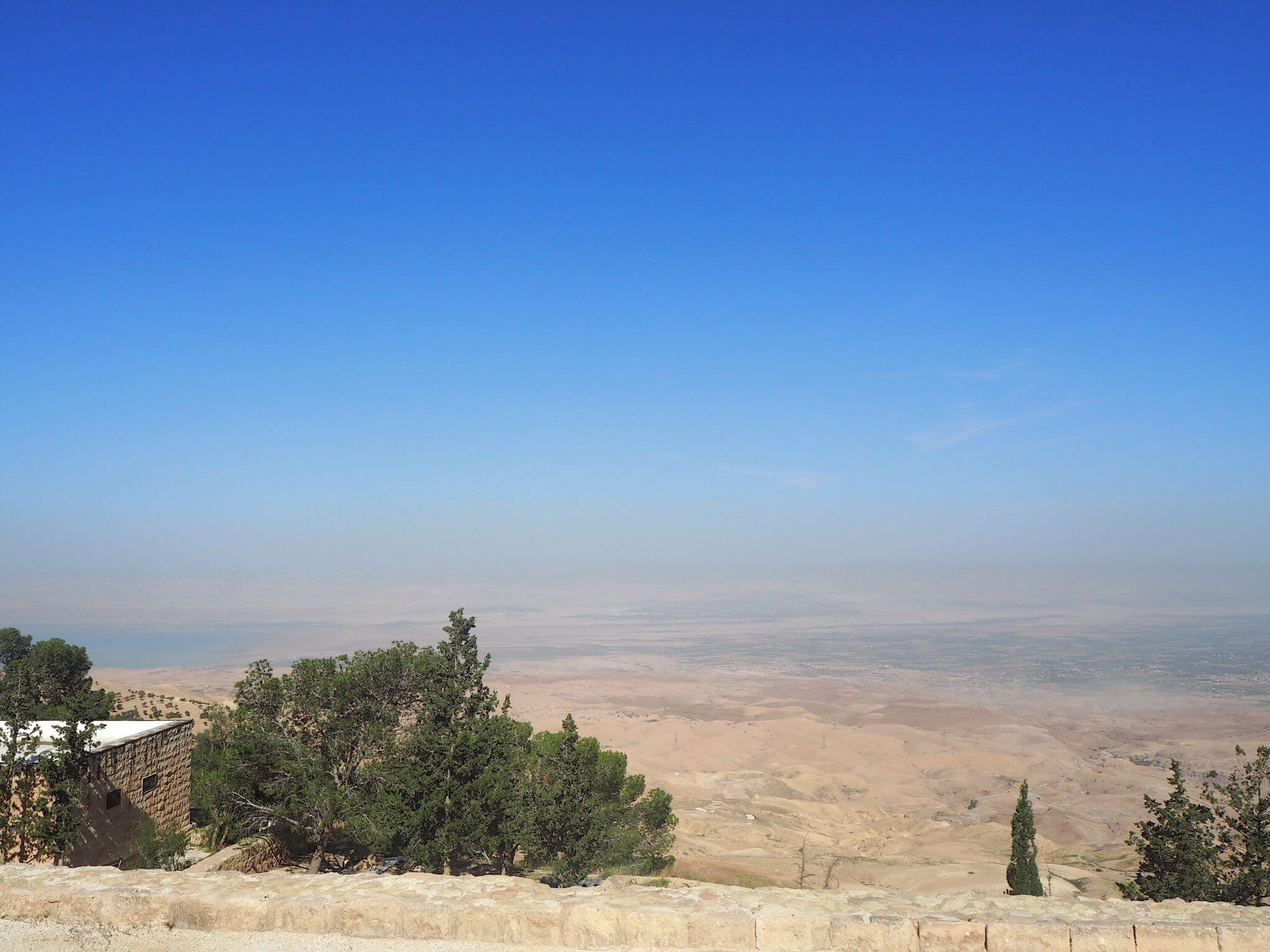 The church itself is a modern building but has incorporated a lot of the ancient ruins into it. Even if you aren’t religious it is a very special place. Inside there are also the original mosaics, which are so beautiful to see. There are still church services regularly held here, so if you visit on a Sunday it is likely there will be one taking place. 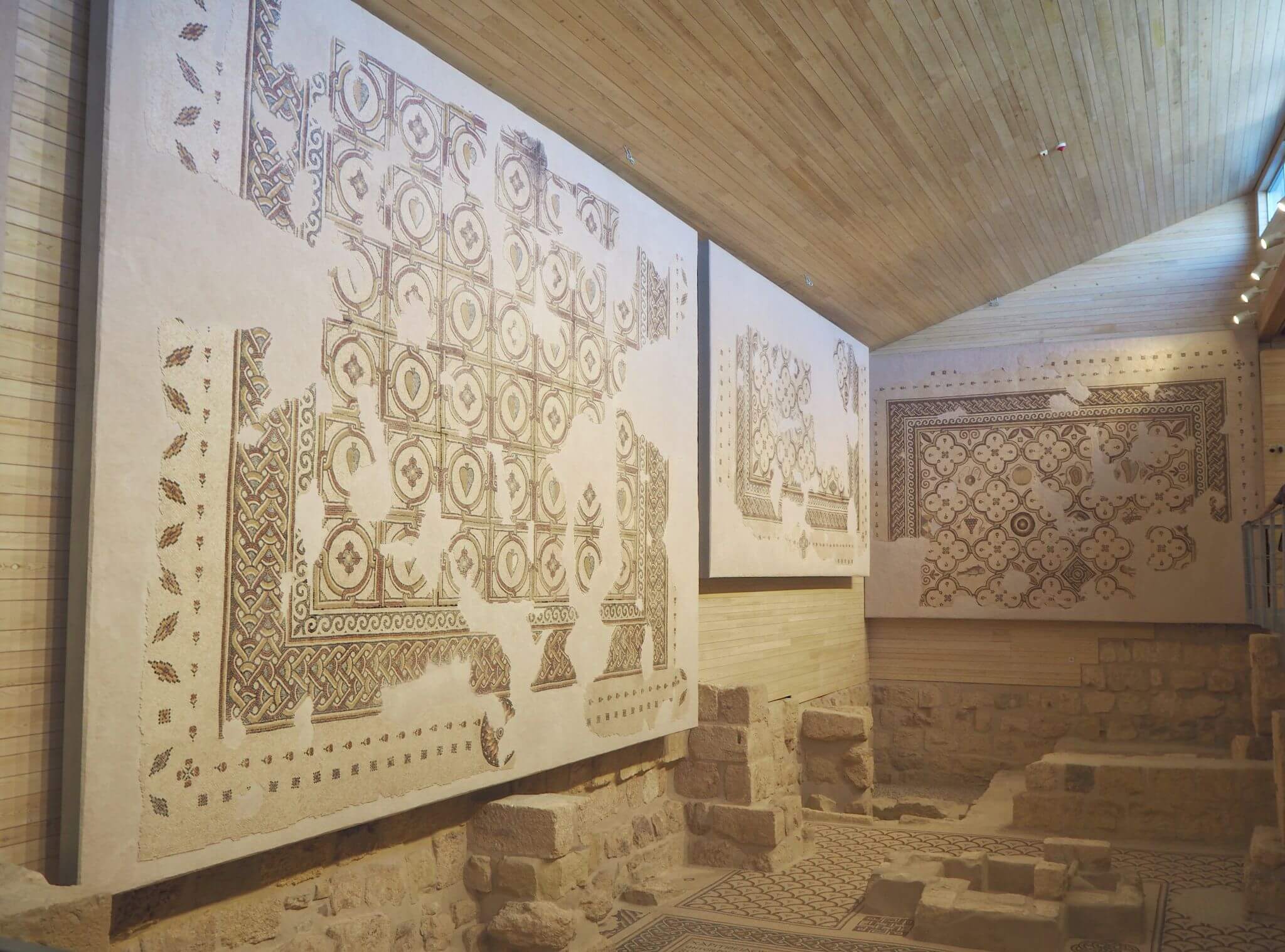 Also look out for the huge stone. This is not the original one used to cover Jesus’ tomb, but has been placed their because of its resemblance. The size is quite remarkable!

Next stop on this day trip should be Madaba. Located only about 10km away from Mount Nebo, this stop is very much part of a tour which combined with Mount Nebo, would encompassed some important religious sites.

In Madaba head to the church of St George to see the oldest known map in the form of a mosaic floor. Lots of mosaics in this part of Jordan! 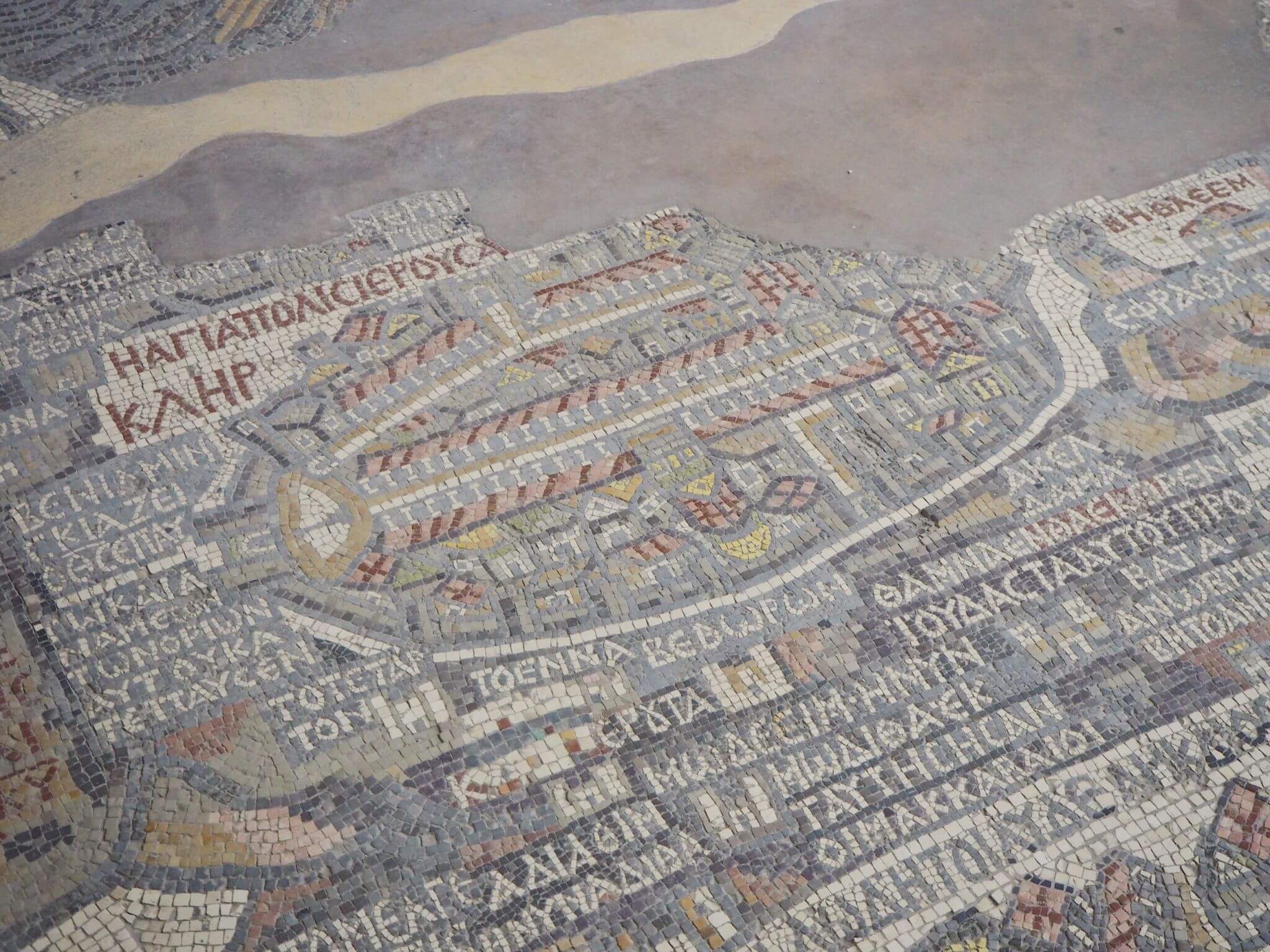 It is thought to be from somewhere between 542 and 570, based on the buildings depicted and those built after that are missing from the map. An earthquake destroyed most of Madaba in 746, and the map was only rediscovered in 1884. It is now housed in a Greek Orthodox Church; the building of the church caused the

If you only have time for one day trip from Amman, make this the one! Here you can find the ruins of the ancient Roman city of Jerash, which is Jordan’s largest Roman site. Also one of the best preserved Roman Ruins outside of Italy! 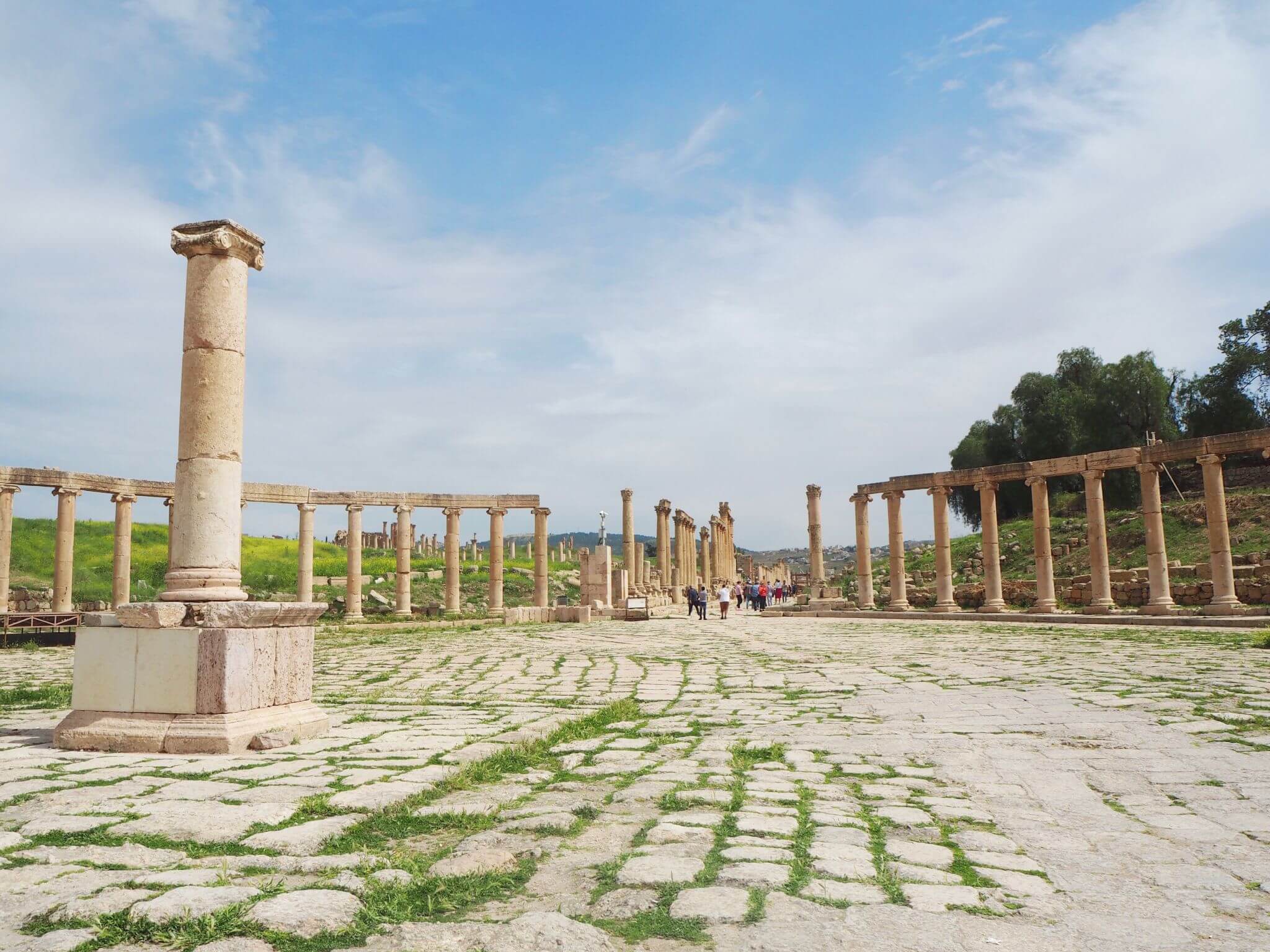 Upon arrival you will be greeted by the impressive site of Hadrian’s Arch, which wasn’t even then main entrance to the city. It just shows how incredible this place was! It was actually built to honour the visiting Emperor.

Also make sure you check out the Forum, temple of Zeus and the hippodrome. But two of the ‘ not to be missed’ highlights are the amphitheatre and the Temple of Artemis. You could spend hours meandering around the ruins, discovering temple, churches and ancient roads to wander down. Not to be missed when staying in Amman!

Ma’in Hot Springs is about an hours drive from the centre of the city, if you are lucky with traffic! These hot springs are said to be where John the Baptist and King Herod bathed, and it has healing properties! So, definitely worthy of being on a day trips from Amman list.

Here the natural springs have formed to create natural pools which you can bathe in. You need to pay to enter the resort for one day; a day pass costs 10JD. The public area has 4 waterfalls and is also home to Roman baths. 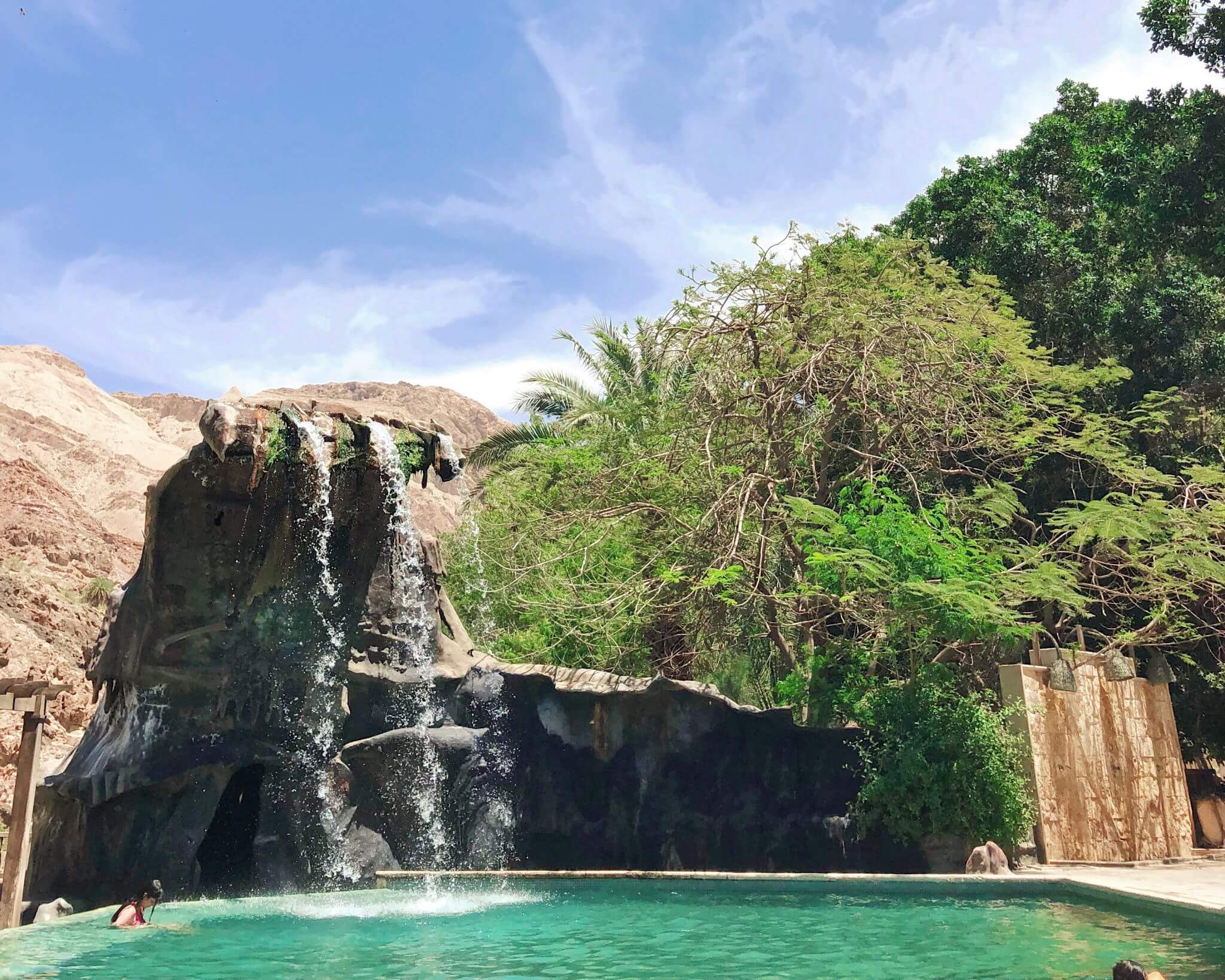 However, if you really want to treat yourself it is definitely worth spending a night in the amazing hotel here. The hotel is also home to the Cascade spa, so perfect for a night of luxury. The rooms are spacious and luxourious and all have a fantastic view of the valley or the water. Highly highly recommended. You also get early access to the public spaces, so you can experience when it is quiet. In additional the hotel has some private hot pools of it’s own.

Take a look at the hotel, and book by clicking HERE.

Can you come to Jordan and not visit the Dead Sea? It is hard to imagine. And luckily, it is one of the perfect day trips from Amman. Only a 45 minute drive away from the capital, it’s pretty much a must experience moment in Jordan! 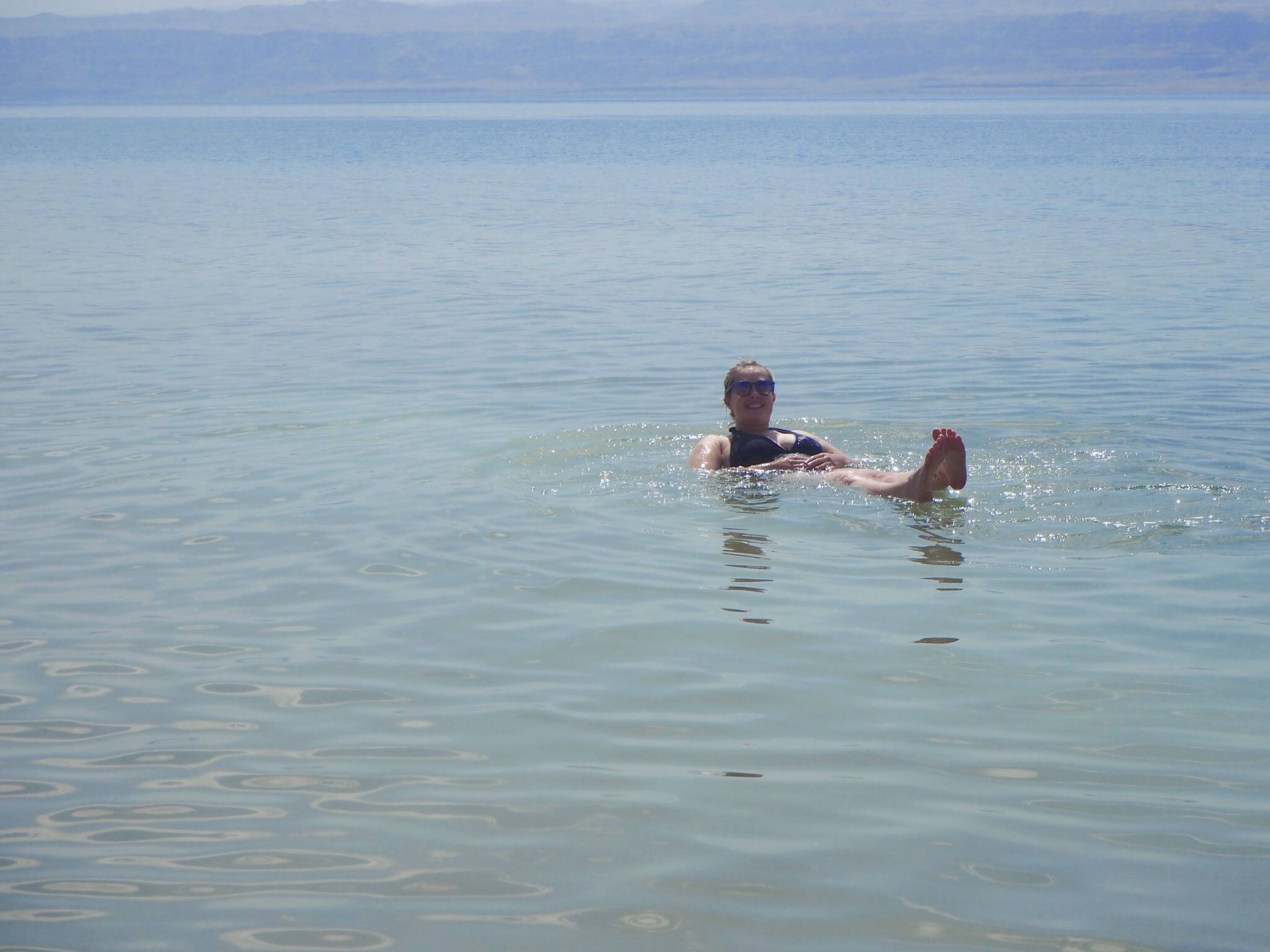 Two of the key things to experience? Floating in the water, it is a surreal experience. And covering yourself in the famous Dead Sea Mud. Yes, really.

There are two ways to experience the Dead Sea. Either pay to enter a public beach, or buy a day pass for one of the Dead Sea Resorts dotted along the shore. If you choose a public beach, it may not be the picturesque scenes you imagine. But for budget travellers this is definitely a good option.

Alternatively, indulge in a nights stay in one of the resorts. The Movenpick comes highly recommended! Book your room by clicking here!

Did you know, unless things change the Dead Sea will be completely gone in 50 years due to it being drained for the salt!

Karak is one of the ruined Crusader castles that are dotted around Jordan. This huge castle was built into the side of the mountains, and the current modern city has been built within the walls of the old castle. This was done using bricks from the ruins, so parts of the old footprint have been destroyed. Regardless, there is still plenty to explore. 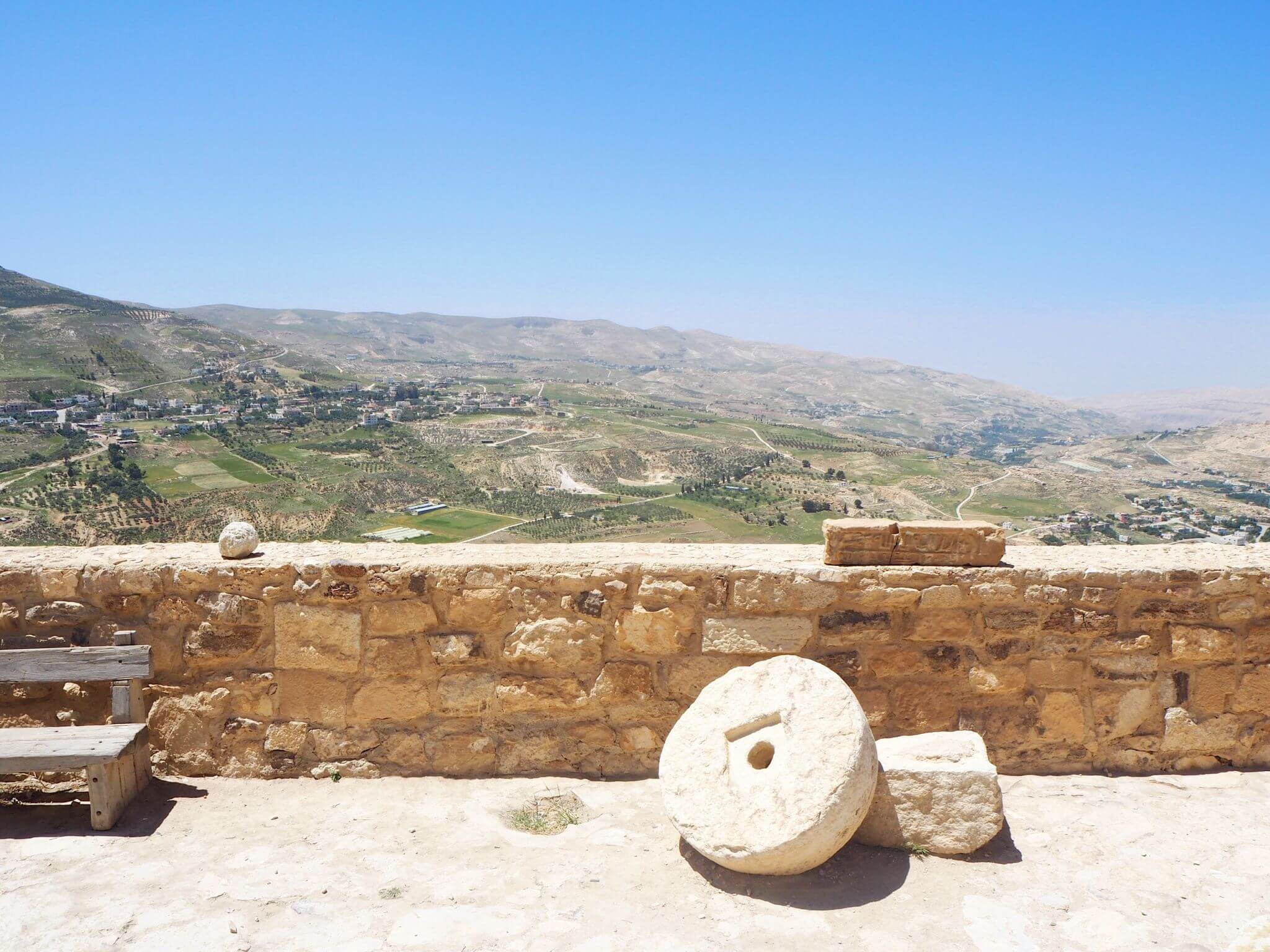 It was built in 1142 and was the scene of battles between the Crusaders and Islamic armies. In fact, the castle was never attacked; it was only taken by the Muslims after a six month siege.

Explore the tiny bedrooms, the kitchens and the dining rooms. As well as the two remaining towers. The one built by the Muslims is neater and had more decoration. This was due to it being built in a time of peace not war, so they had more time to lavish attention on it. Finally take a peek at the less than enticing prison cells.

There is so much history to be found here, an absolutely fascinating place to see when visiting Jordan!

Karak is also the perfect stop en route f you are travelling from Amman to Petra.

If you are visiting Jordan, don’t miss this blog post on Amman! 8 things to do in Amman, Jordan

And this post on Wadi Rum! Staying in a Wadi Rum Bedouin Camp 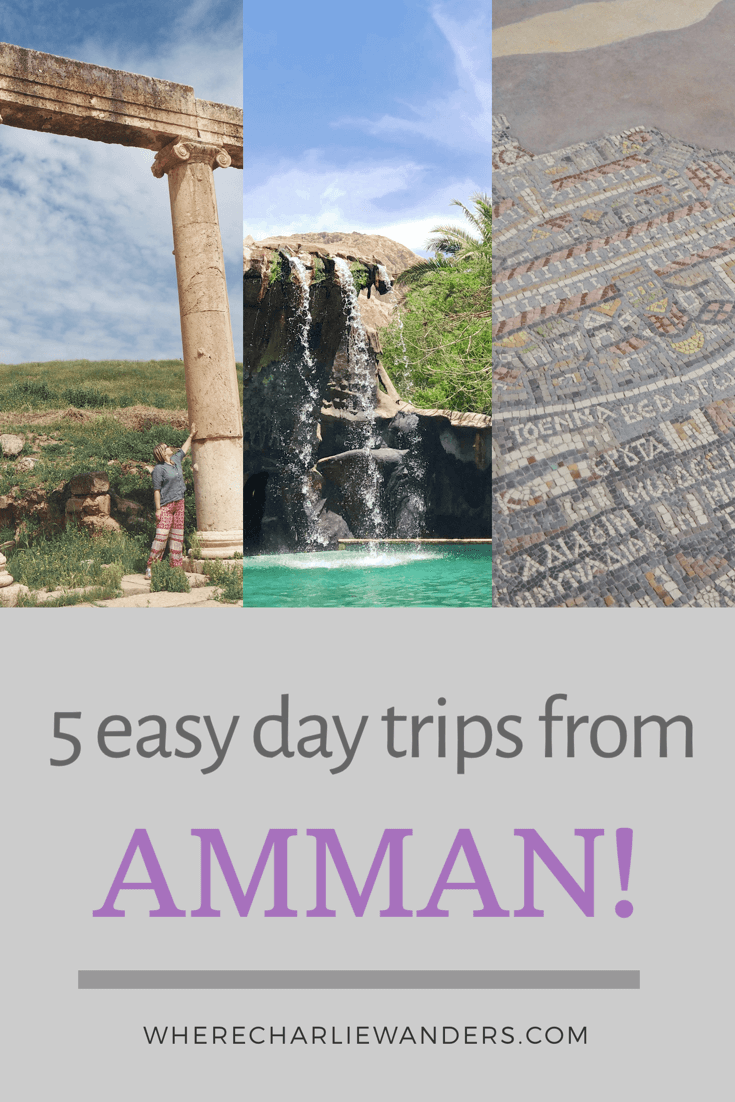