Driving into the desert, away from the nearest town and deeper and deeper into the Gobi desert, I had the most wonderful sense of being free. The vans were racing along alongside each other, I was sitting the front with my arm out of the window and we had the Foo Fighters blasting out. It was one of those real pinch me moments. 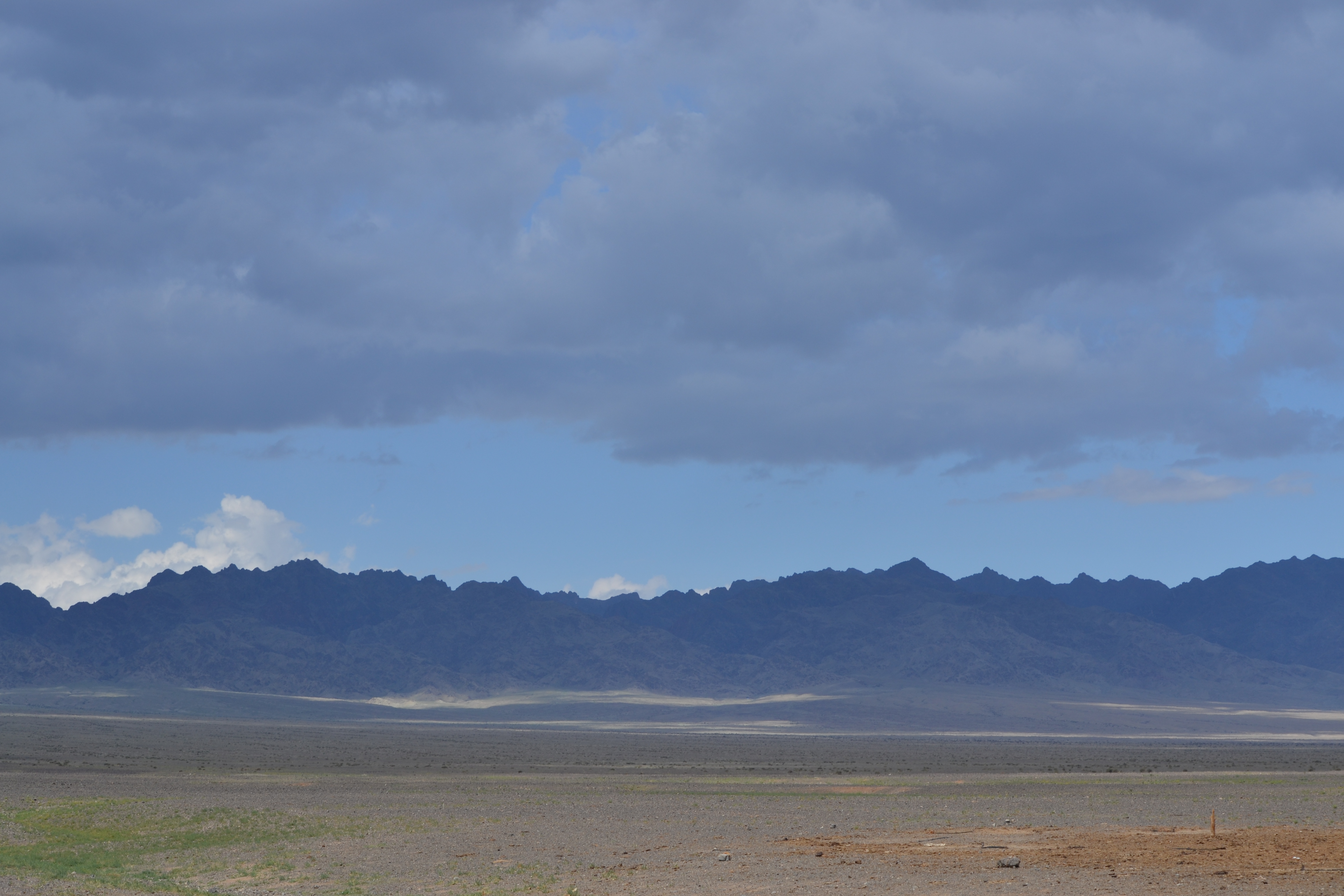 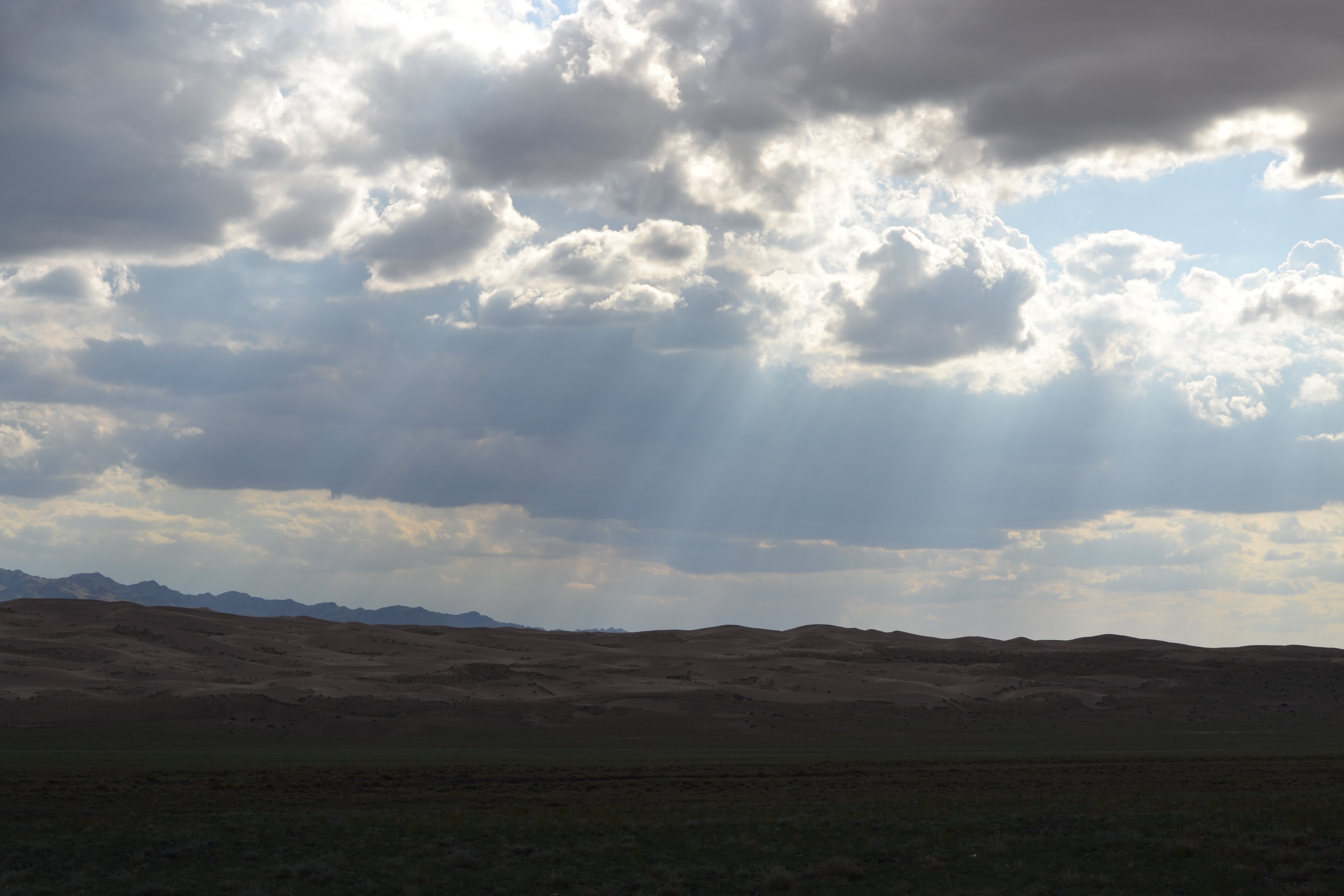 The Gobi Desert was next on our tour around the Mongolian outback. The landscape had changed and it was getting drier and drier, despite the threat of the massive thunderstorm we could see coming towards us! More and more camels were appearing and we were seeing less gers. 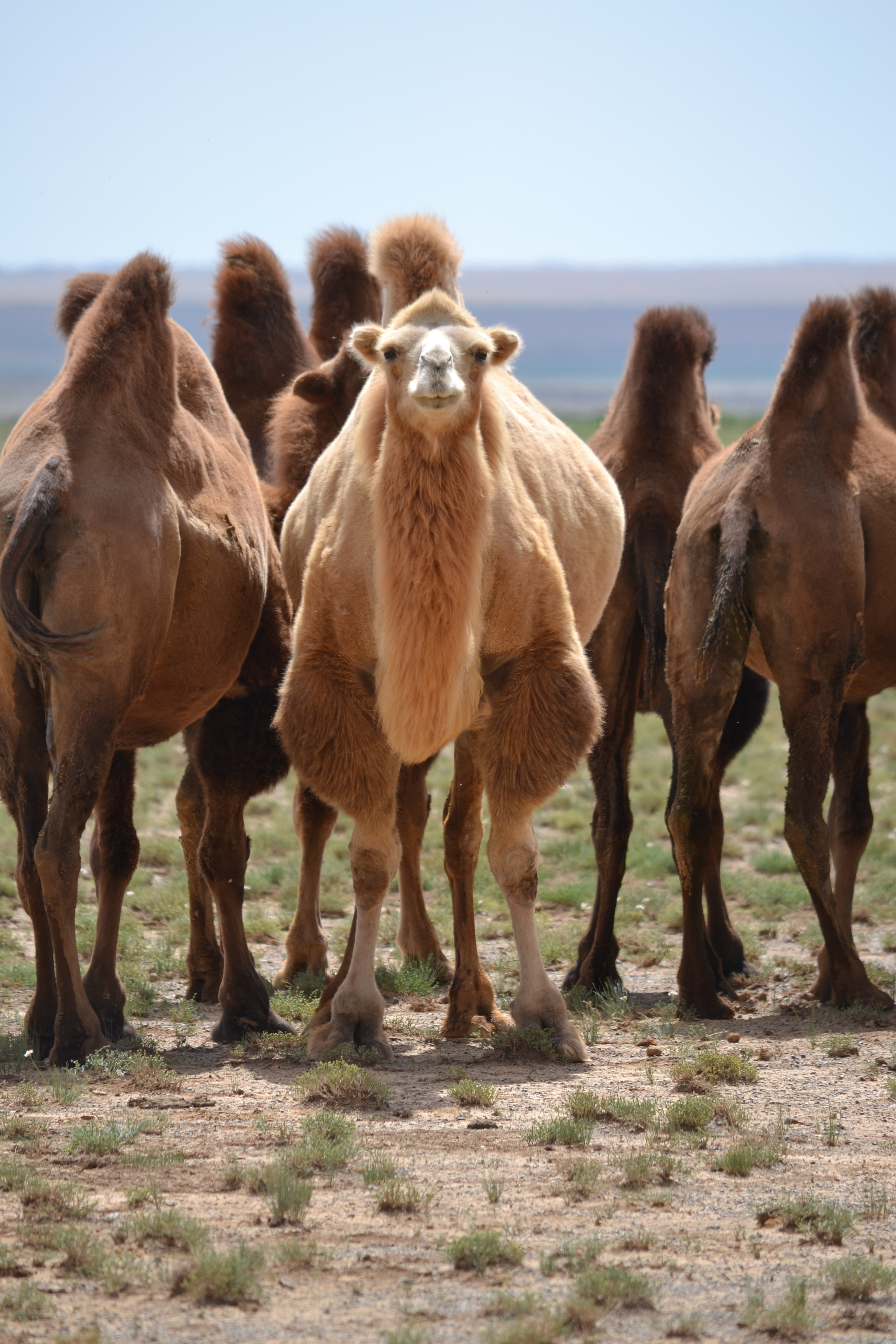 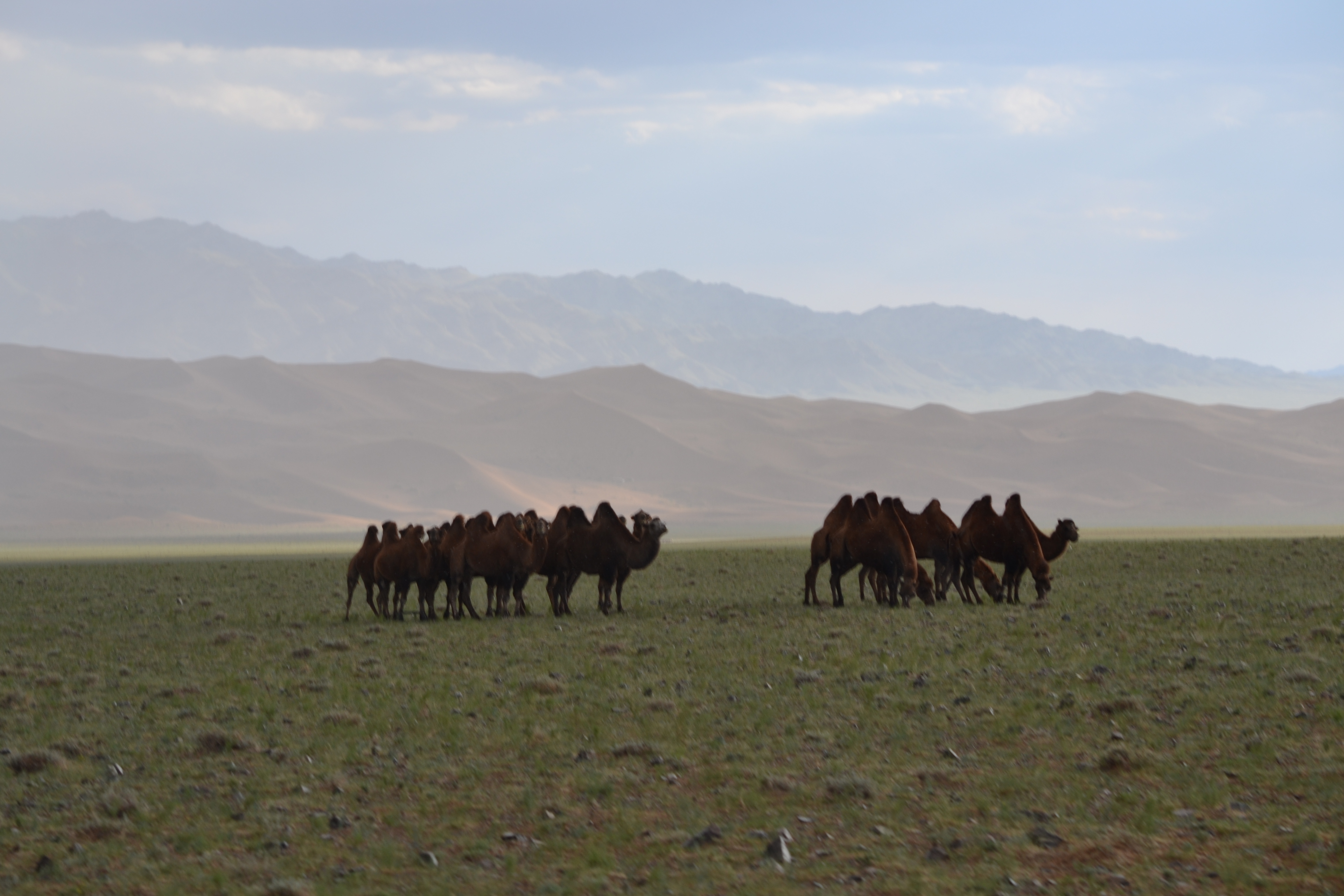 Meeting the local families of the Gobi Desert

We got the chance to stop in one of the few gers we did pass and meet the local family, one of the perks of being on a G Adventures group tour. It was here I first learnt some of the etiquette of gers. Very useful to know if you ever visit.

Never touch both sides of the doors as you walk into the ger and never walk through the two posts in the centre. Men sit on the left hand side and women on the right, and the host sits in the middle.

This was also where I had my first taste of milk tea, a salty milky tea Mongolians drink, which actually was quite tasty. The camel curd we tried was less so. It had the appearance of fudge, but tasted like very off cheese and crumbled and would not disappear in the mouth. 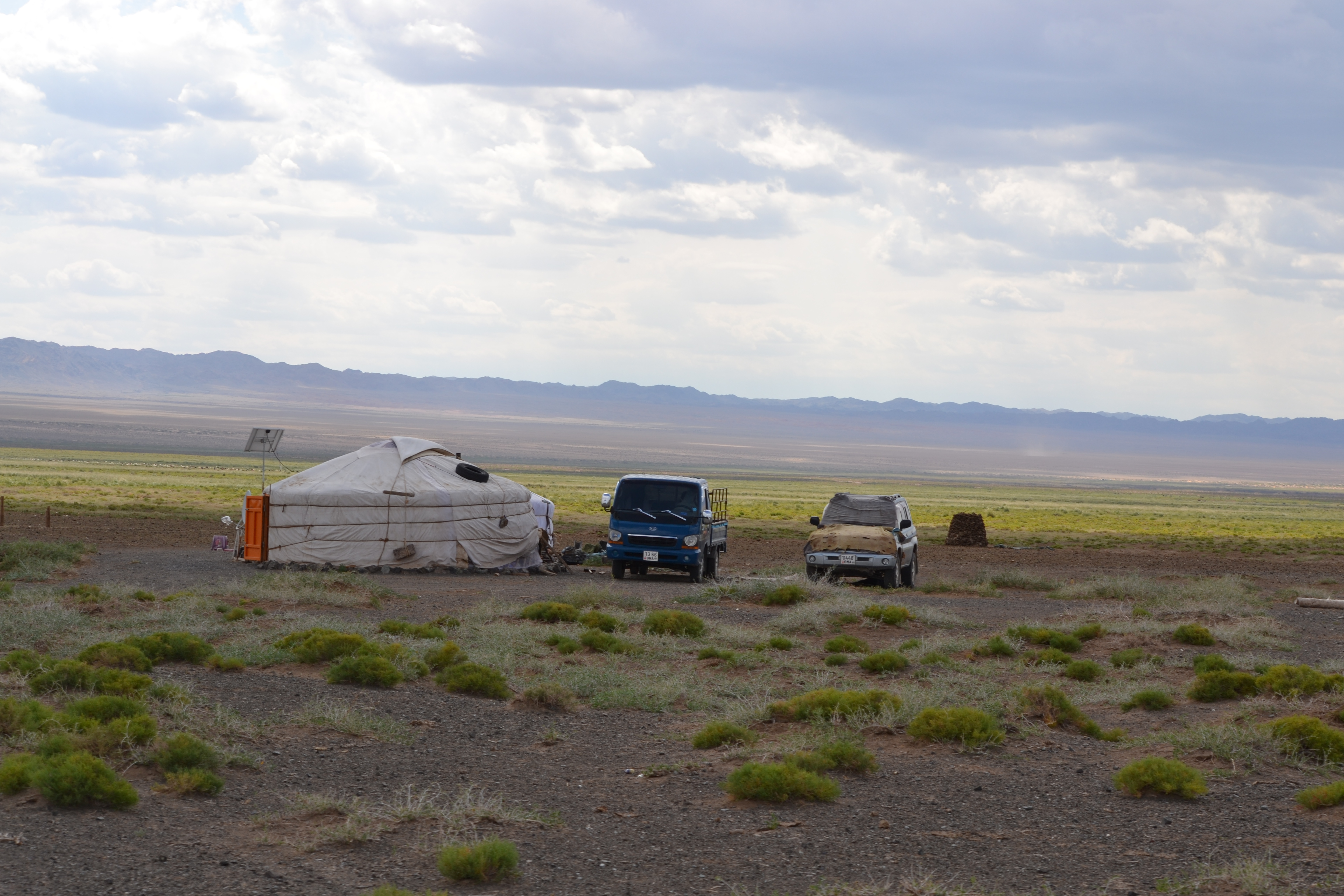 Wildlife in the Gobi Desert

There wasn’t much wildlife as we drove along. A lot of camels were spotted, these are owned by the families but let to roam of miles and miles.

However there was one moment of excitement. As we drove on at one point our driver stopped, rather suddenly, and started excitedly pointing into the distance. He had spotted a very rare wild ass. I Felt very privileged to have seen one of these in the wild. The other drivers who had gone on ahead were so excited to see the photos and our even guide had never seen one before. This shows just how rare they were. Slightly small in the photo, but definitely there! All this before we had even made it to camp! 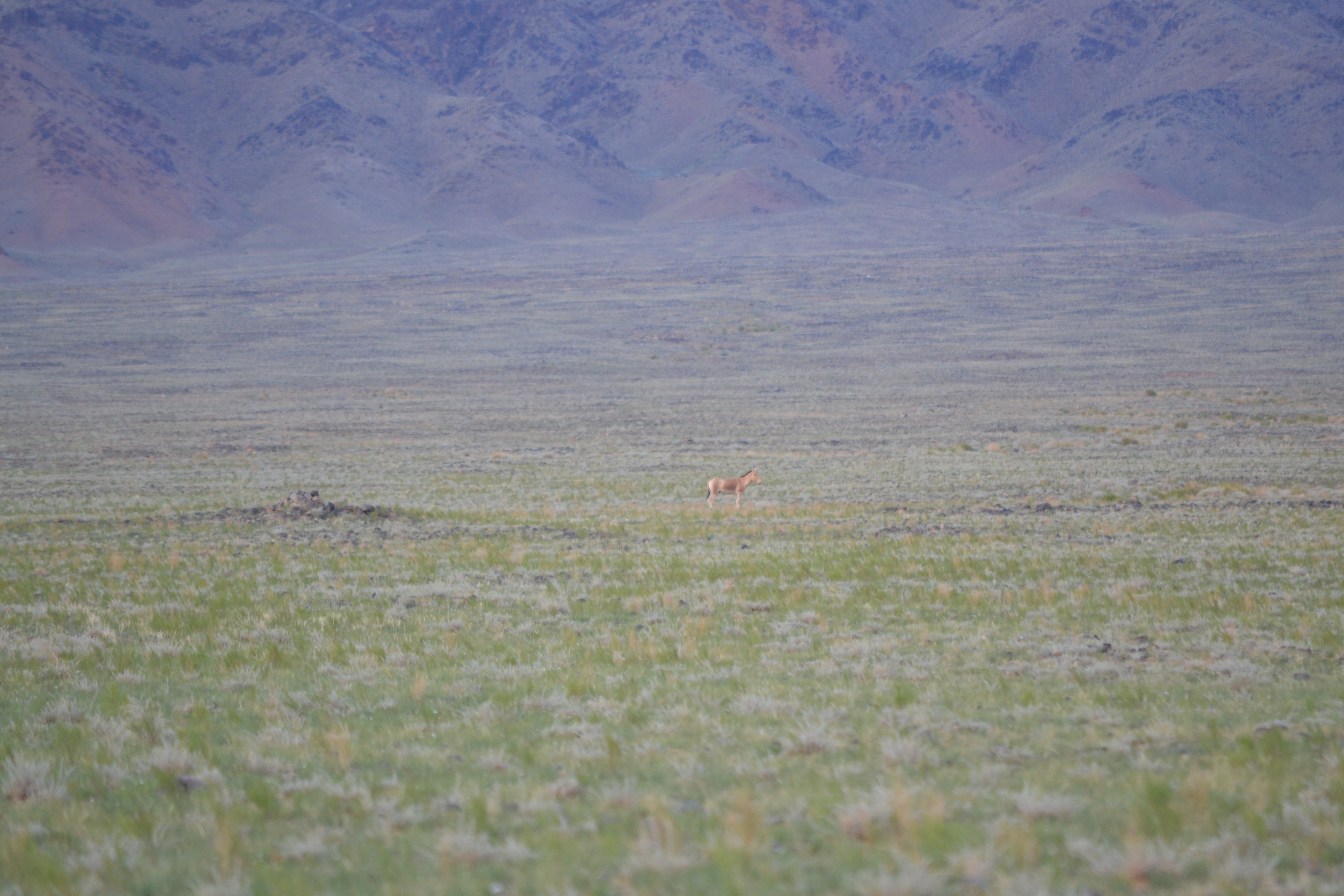 We spent the night at another lovely tourist ger camp, the Gobi Anar Ger Camp. We had an eventful evening playing ball games with kids on the roof of the restaurant and trying to catch the amazing lightening bolts that were lighting up the horizon. 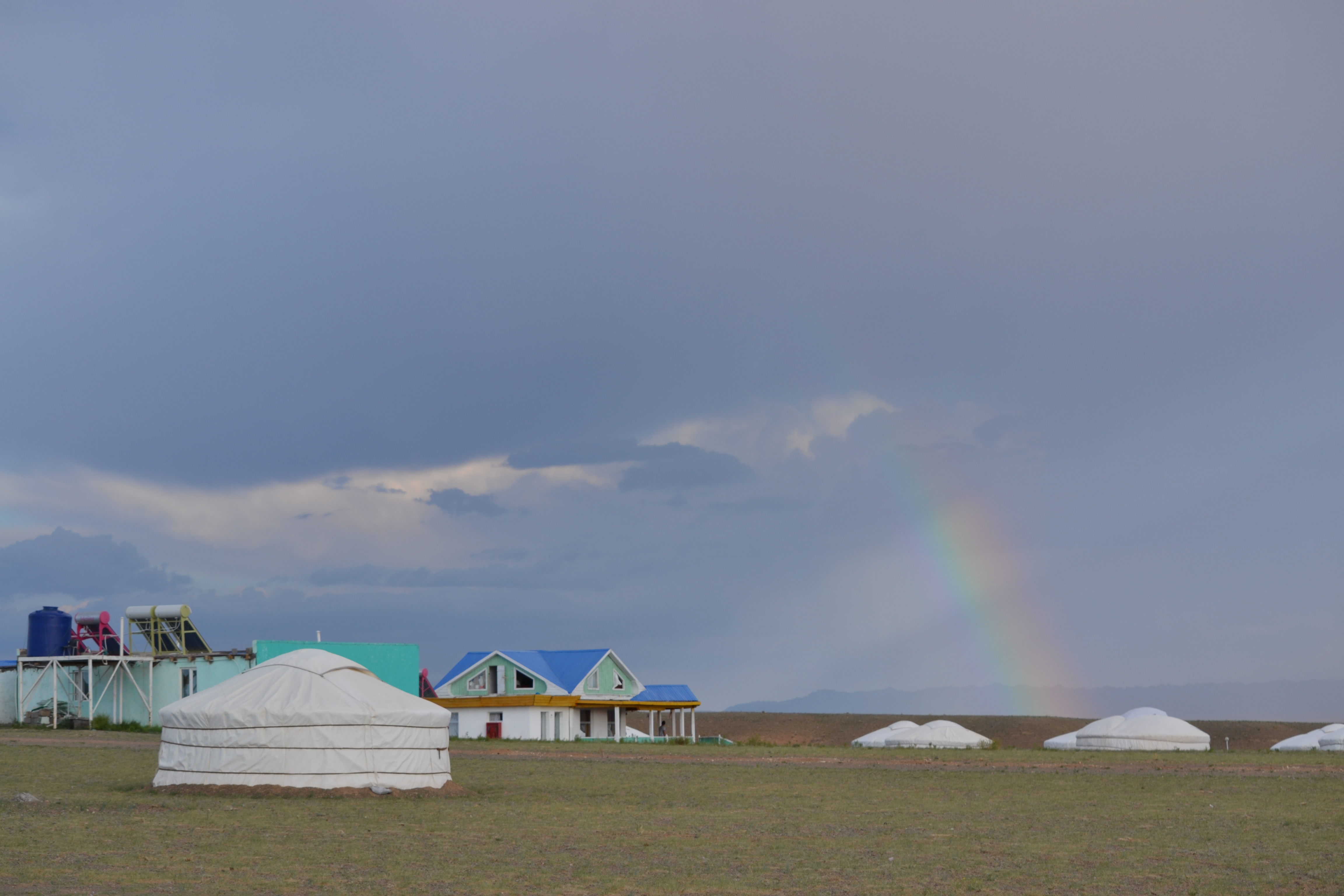 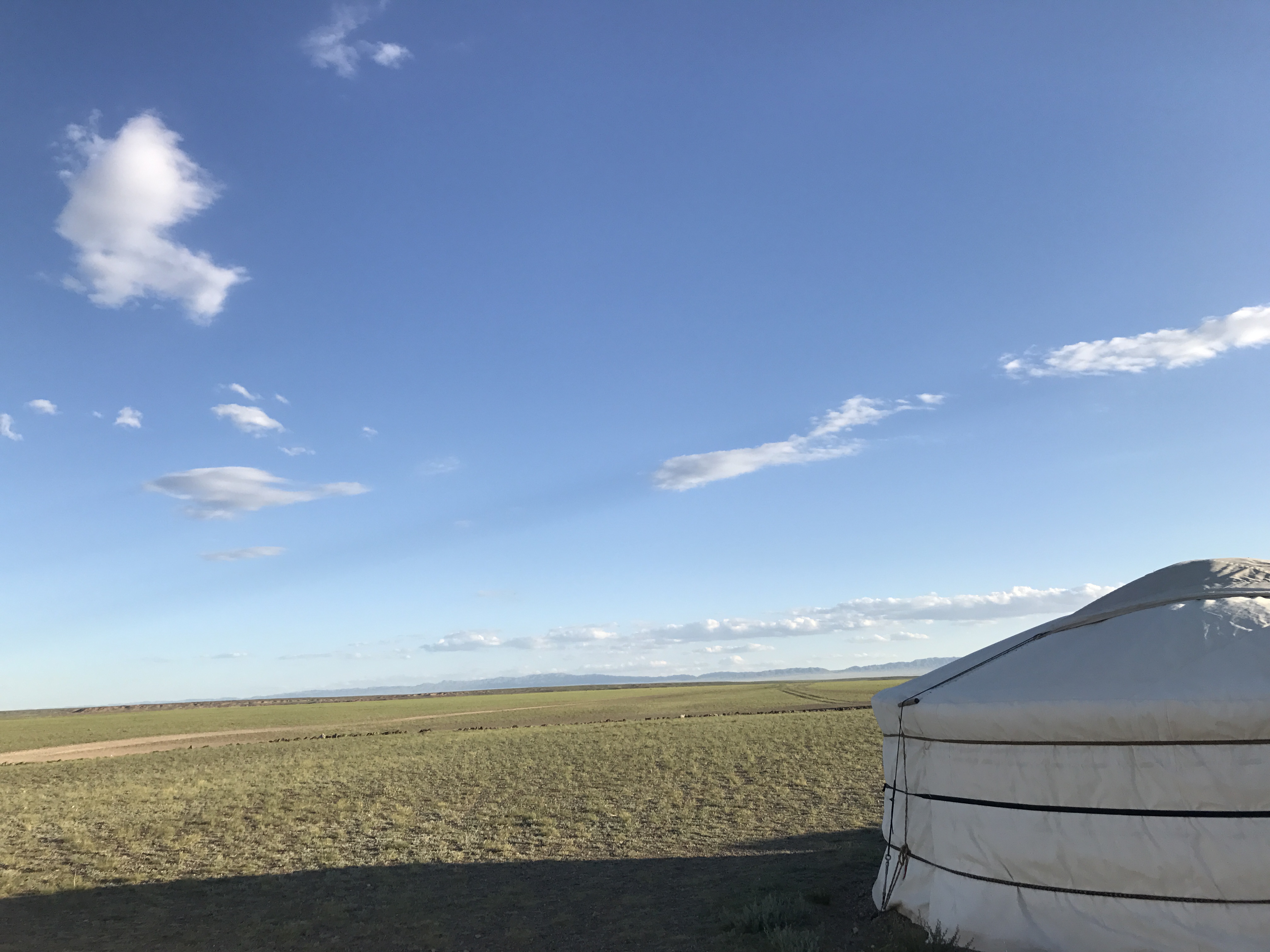 Very early in the morning we set off towards Khongoryn Els, the biggest sand dunes in the western Gobi, to climb to the top. It is necessary to start early, as it just gets too hot later in the day.

I optimistically scampered off with no shoes on and within about 10 minutes realised how utterly exhausting it was. It was so hot, and my feet sank half way up to my calves with each step. I have never found anything so tiring in all my life. After an embarrassingly short time, I sat down and decided I couldn’t go any further. 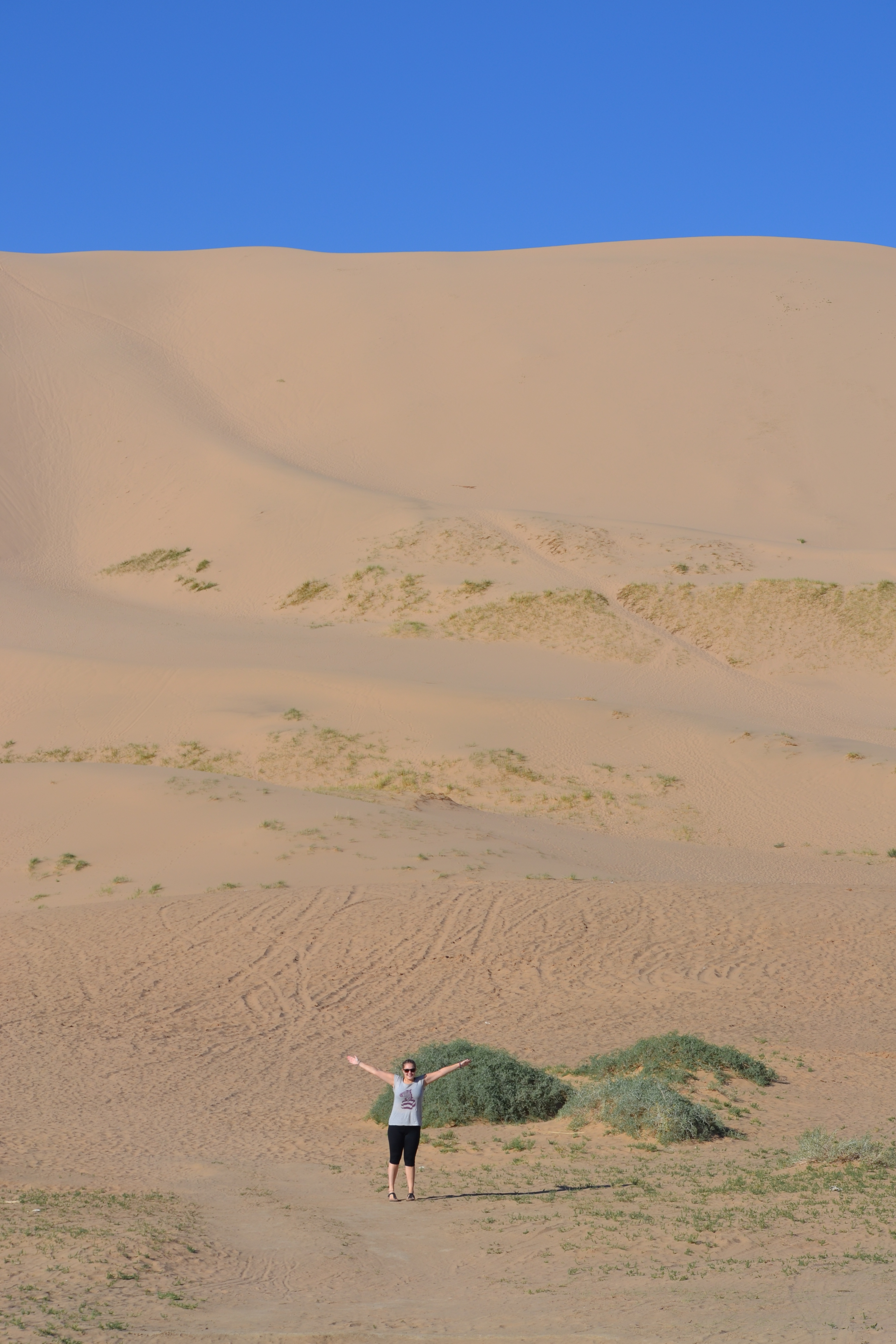 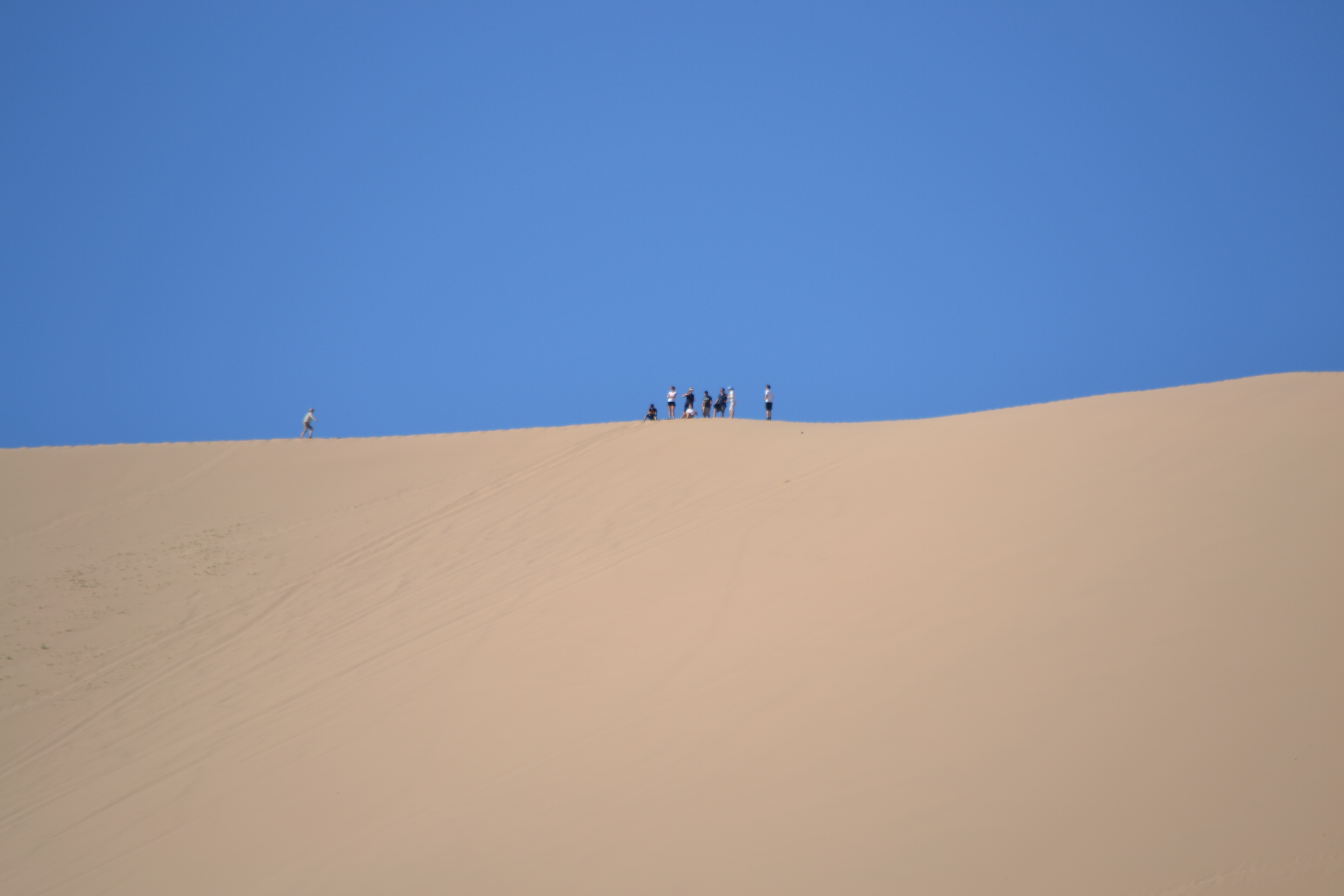 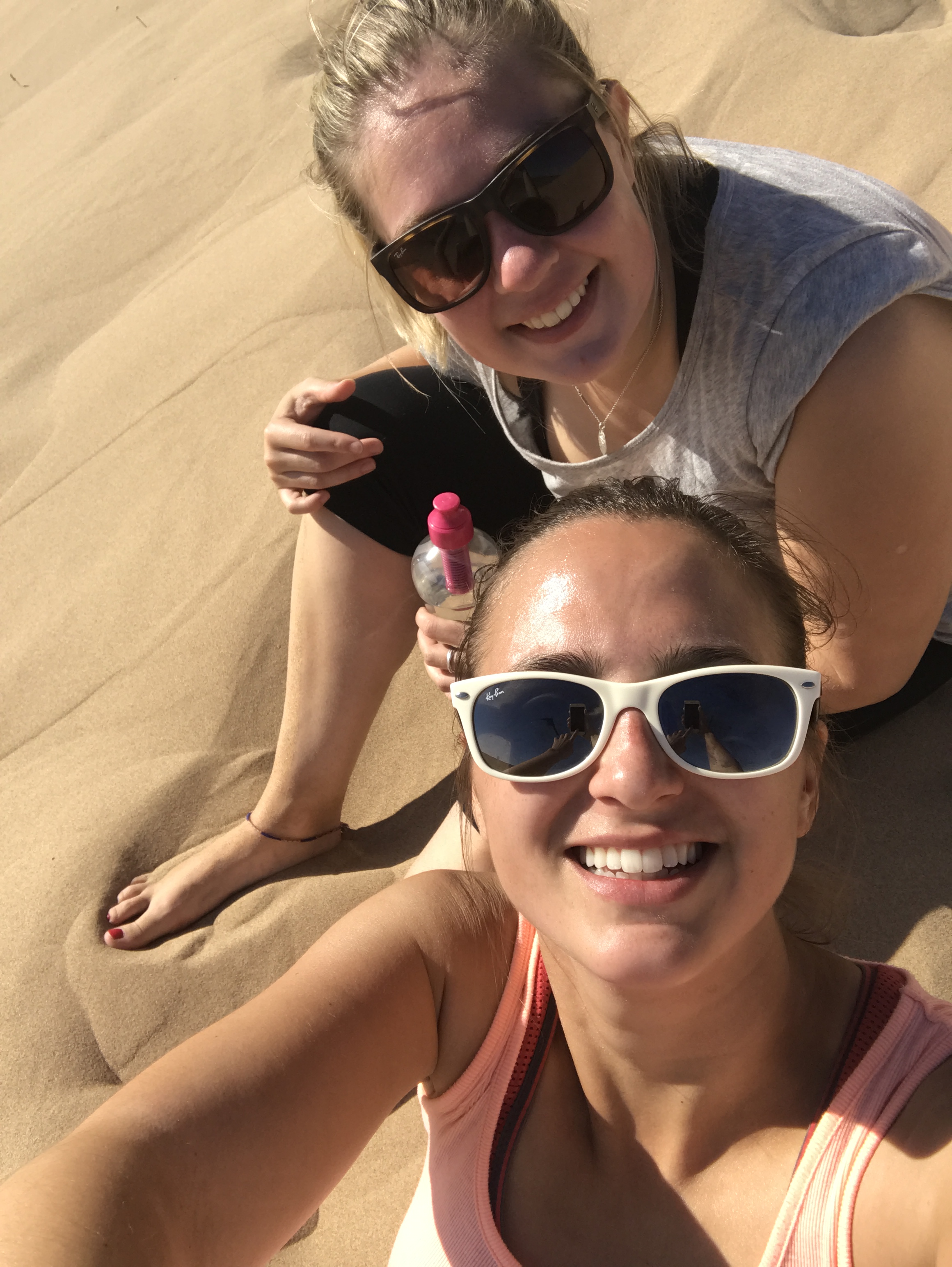 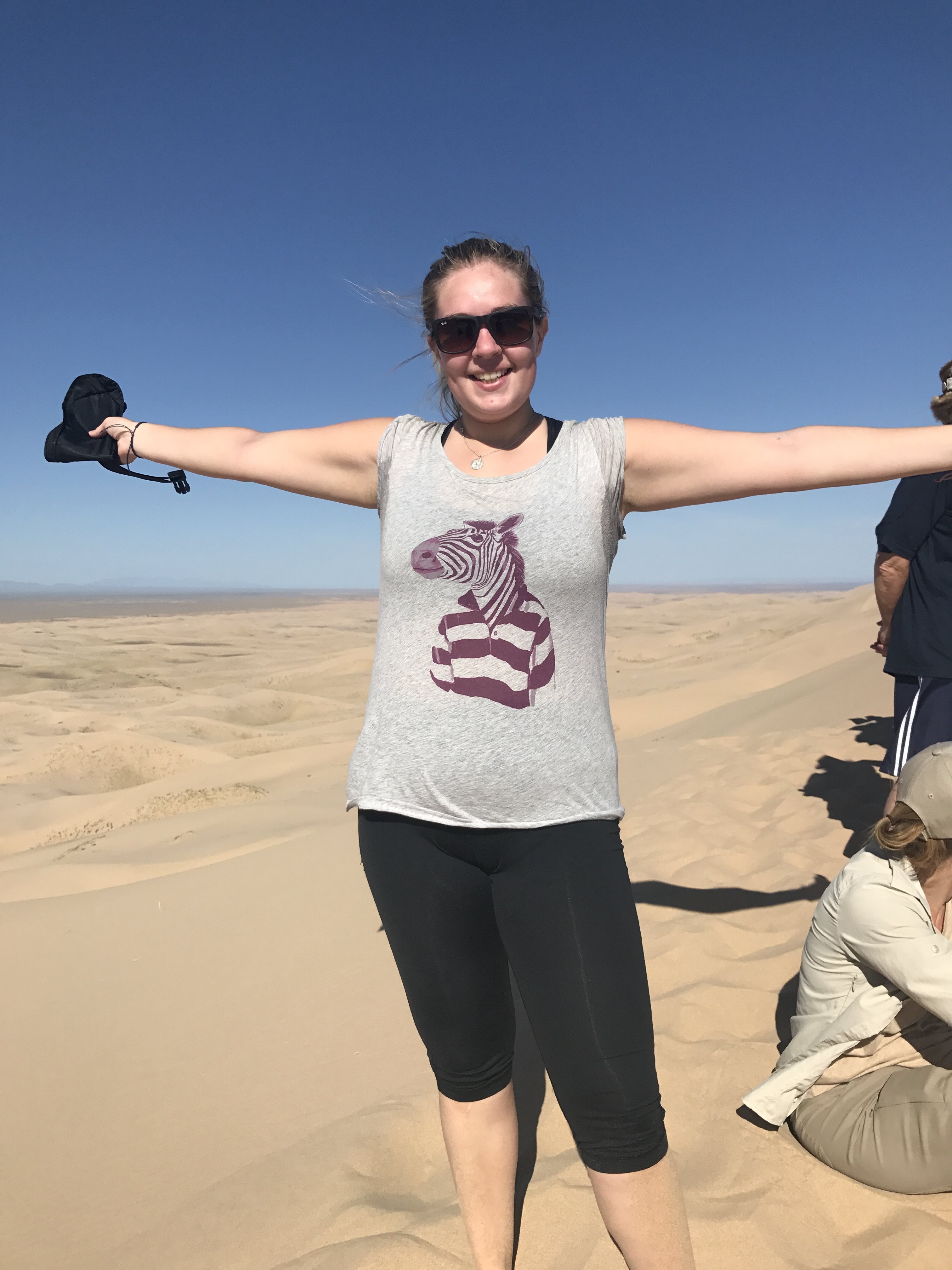 The descent was considerably easier and great run, you literally just run straight down. Plus I learnt why the dunes have gained the name the singing dunes, due to the noise they make as the wind moves them.

At the bottom of the sand dune were camels were waiting for us to go on a camel ride. As I sat on them, I remembered how uncomfortable I had found camel riding when I previously did it in Morocco, and was questioning why I was here again. Plus these camels smelt even worse, due to the wild garlic that makes up most of their diet! 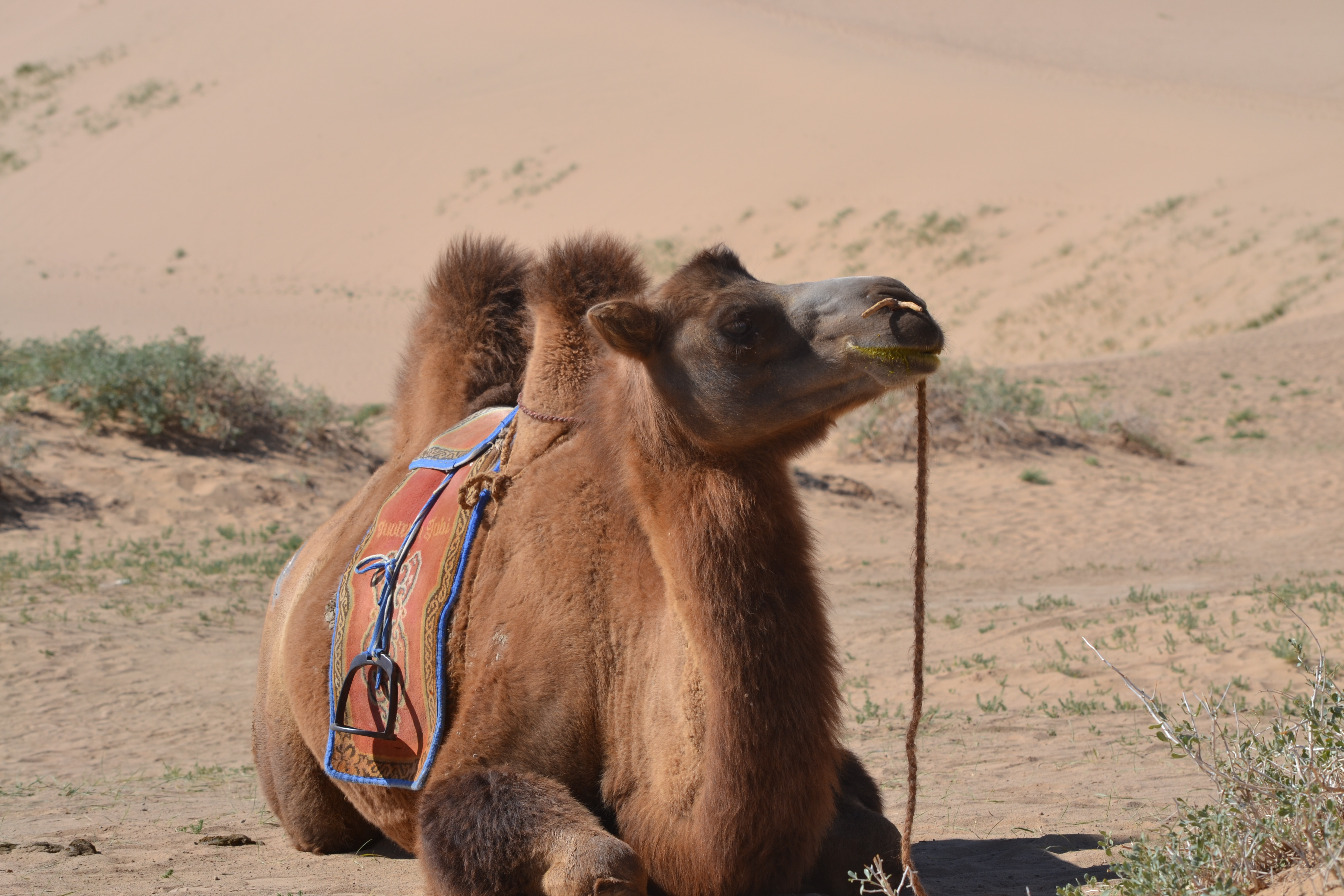 After visiting Khongoryn Els the next stop was Bayanzag – the location of the Flaming Cliffs. Famous because of the vast amount of dinosaur eggs found there.

One of the best things to see here is the sun setting over the cliffs. We were running a little late, so it was a mad race to make it on time. Another crazy Mongolia moment – multiple tourist vans racing manically across the desert towards to the cliffs.

We made it in time, and it was absolutely not what I was expecting. As we got to the edge, the land just sort of fell away. Absolutely breath taking. It was, of course, full of tourists but nevertheless a very special moment. We had decanted some gin I had brought from home into a water bottle and sat watching the sunset drinking gin – perfect. 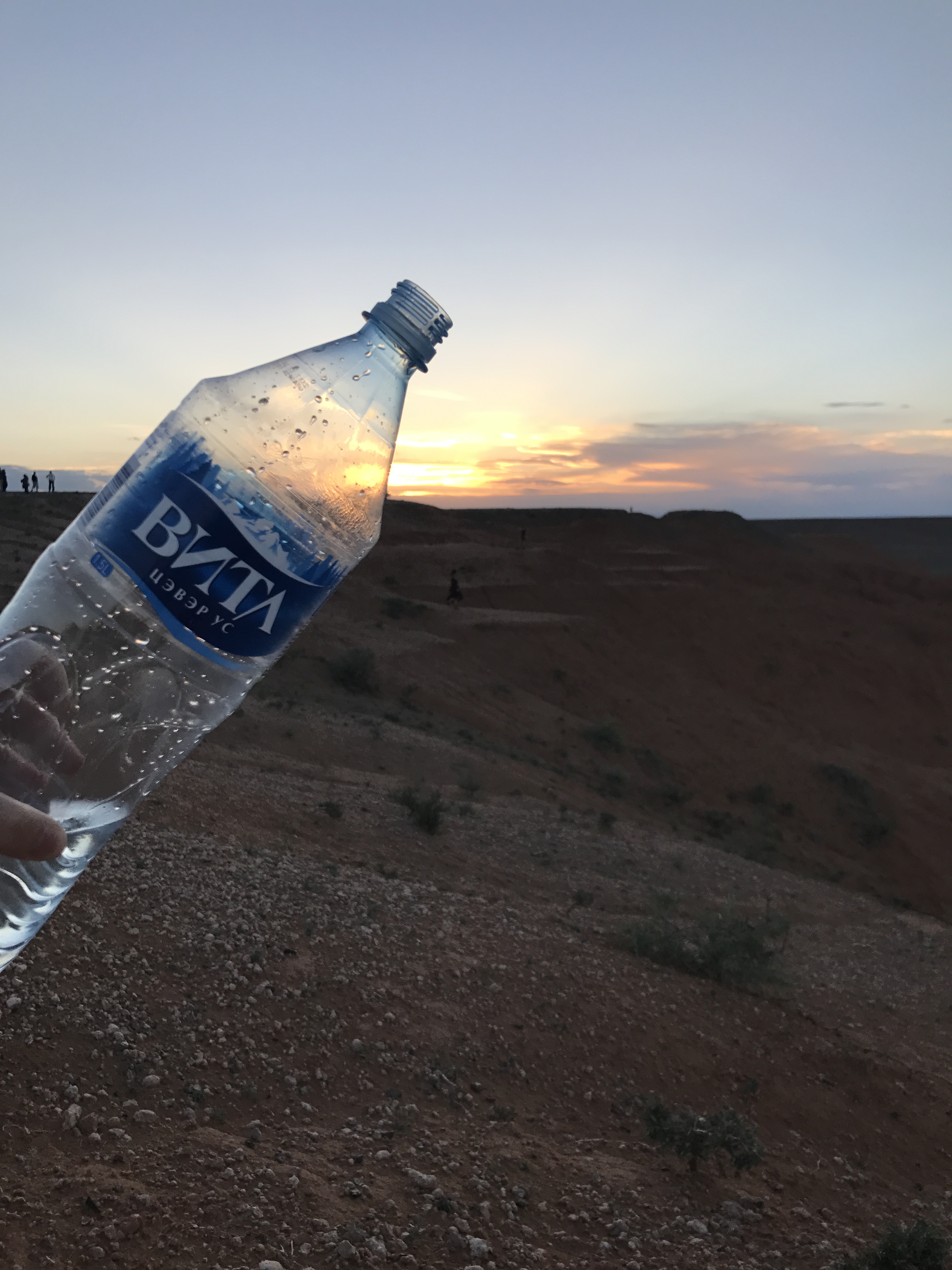 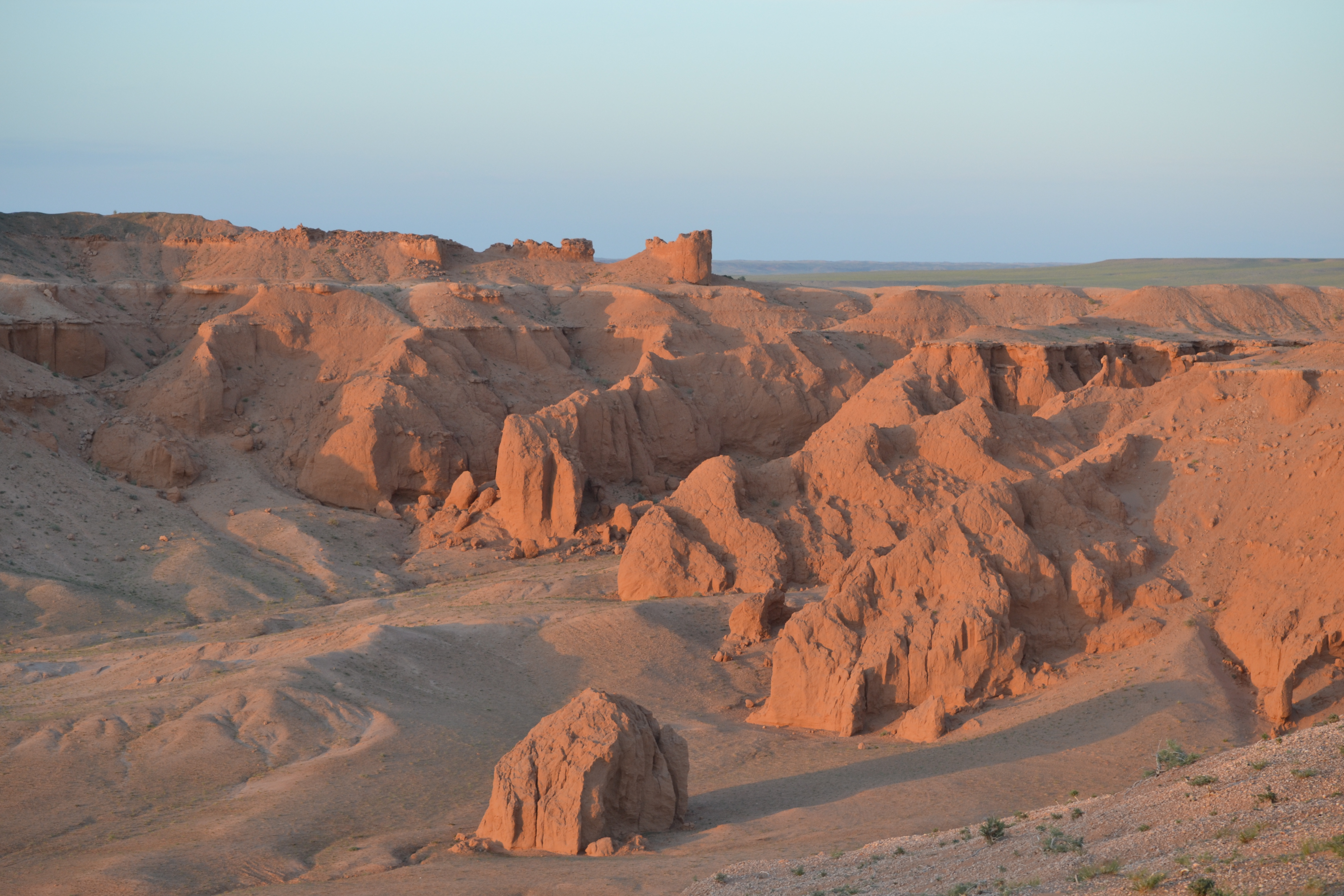 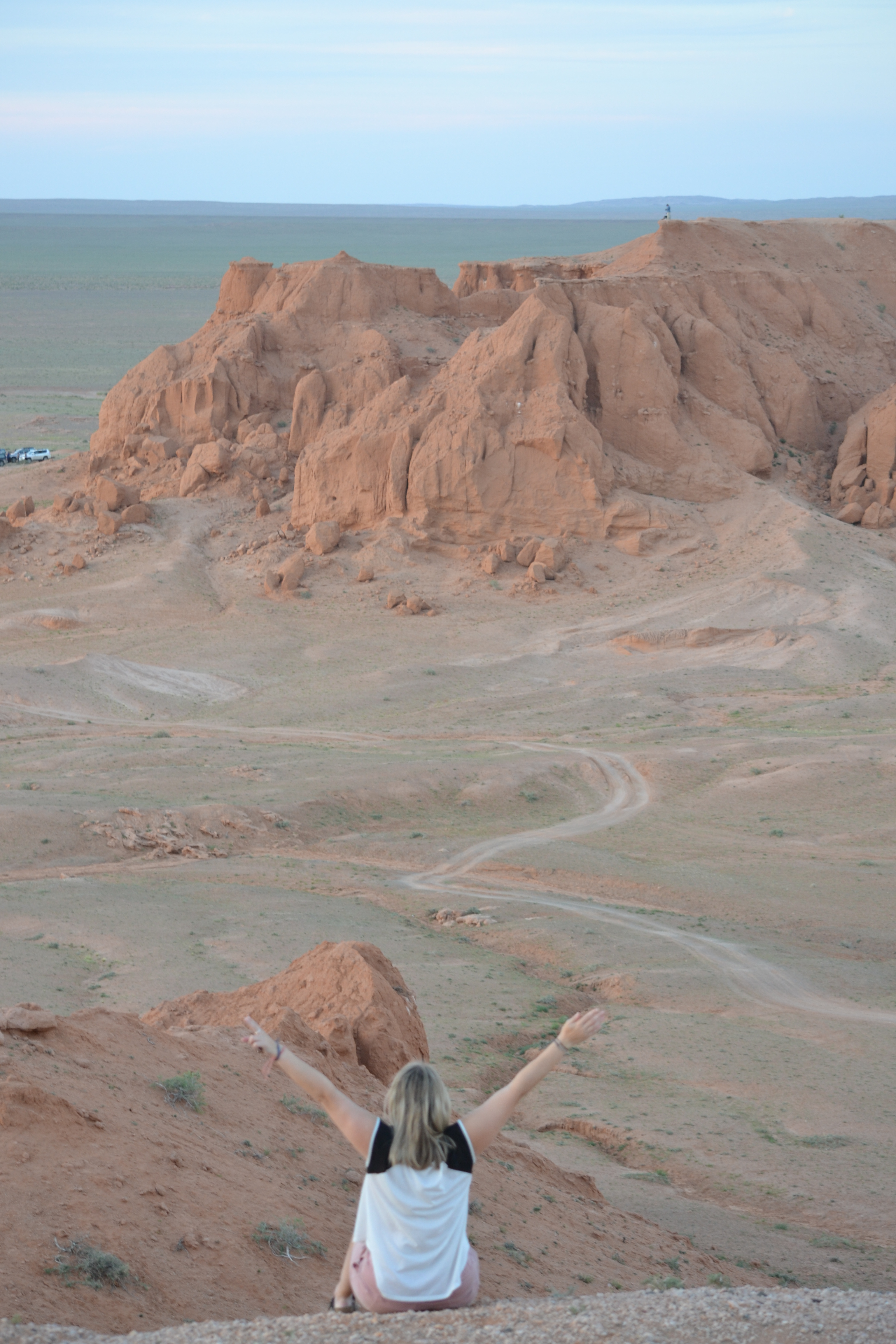 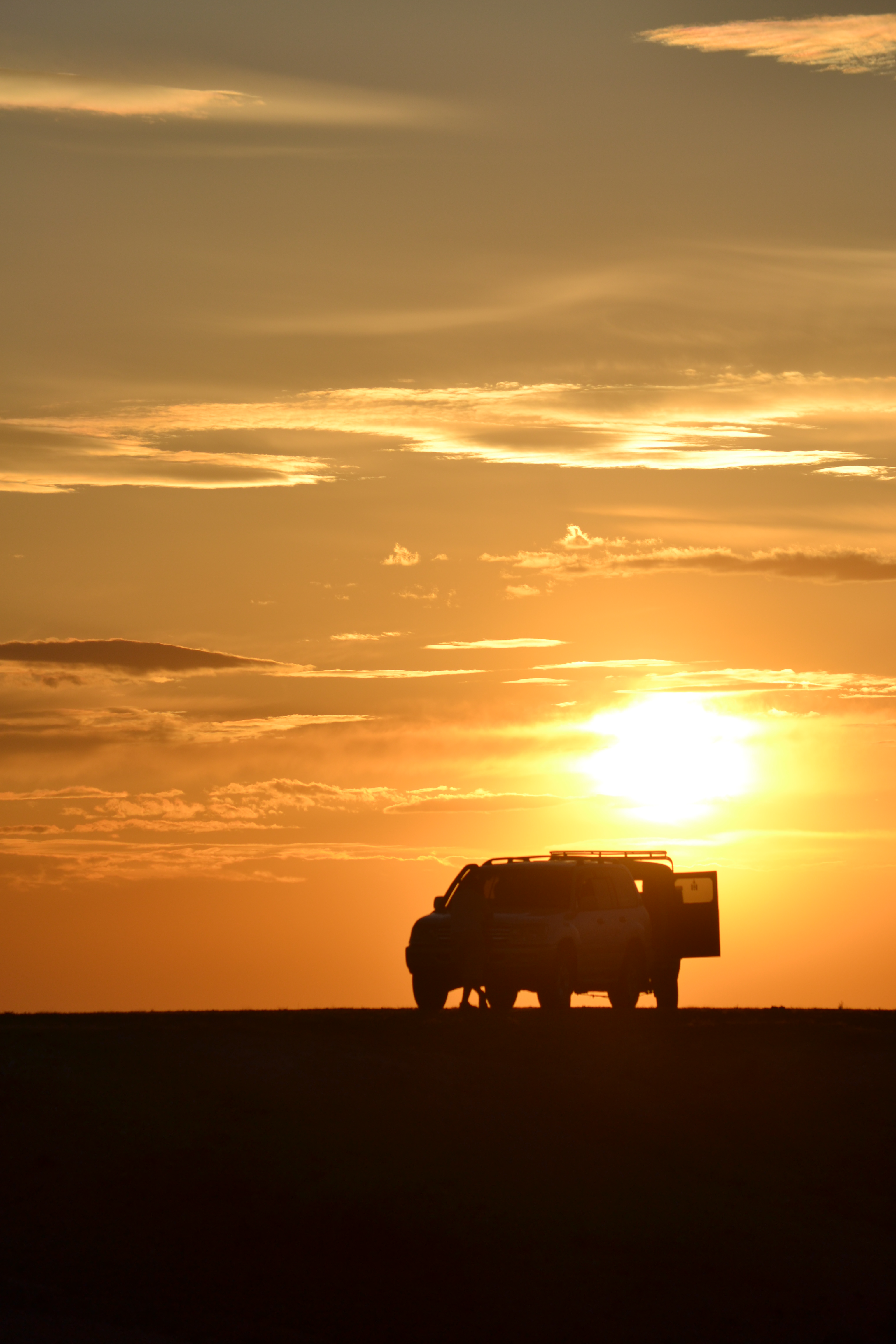 The next day involved a very wet walk through the cliffs. It was wonderful to be able to experience them so close. The only thing was the water had turned the sandy soil  into almost a paste, which coated our shoes. The drivers had a handy brush to remove before we got into their very clean cars – didn’t want to dirty it up! 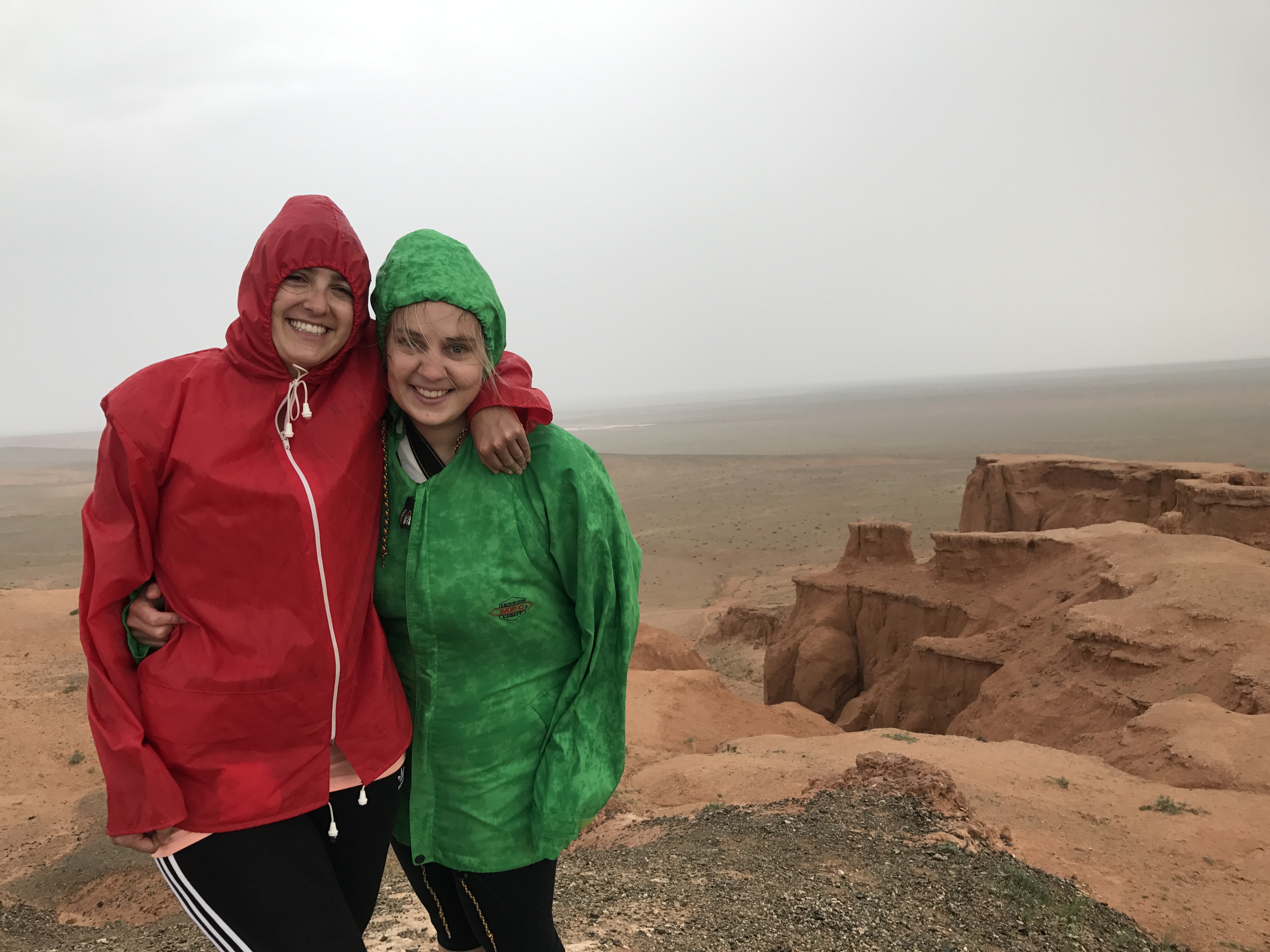 On the way out of the Gobi we stopped at what our guide referred to as a forest. It was not your typical idea of a forest, but it was definitely a large collection of trees for Mongolia. The Saxaul trees are now protected and you aren’t allowed to cut them down. There are also schemes to grow them and get the numbers back up. It did also show how dry this part of Mongolia is. 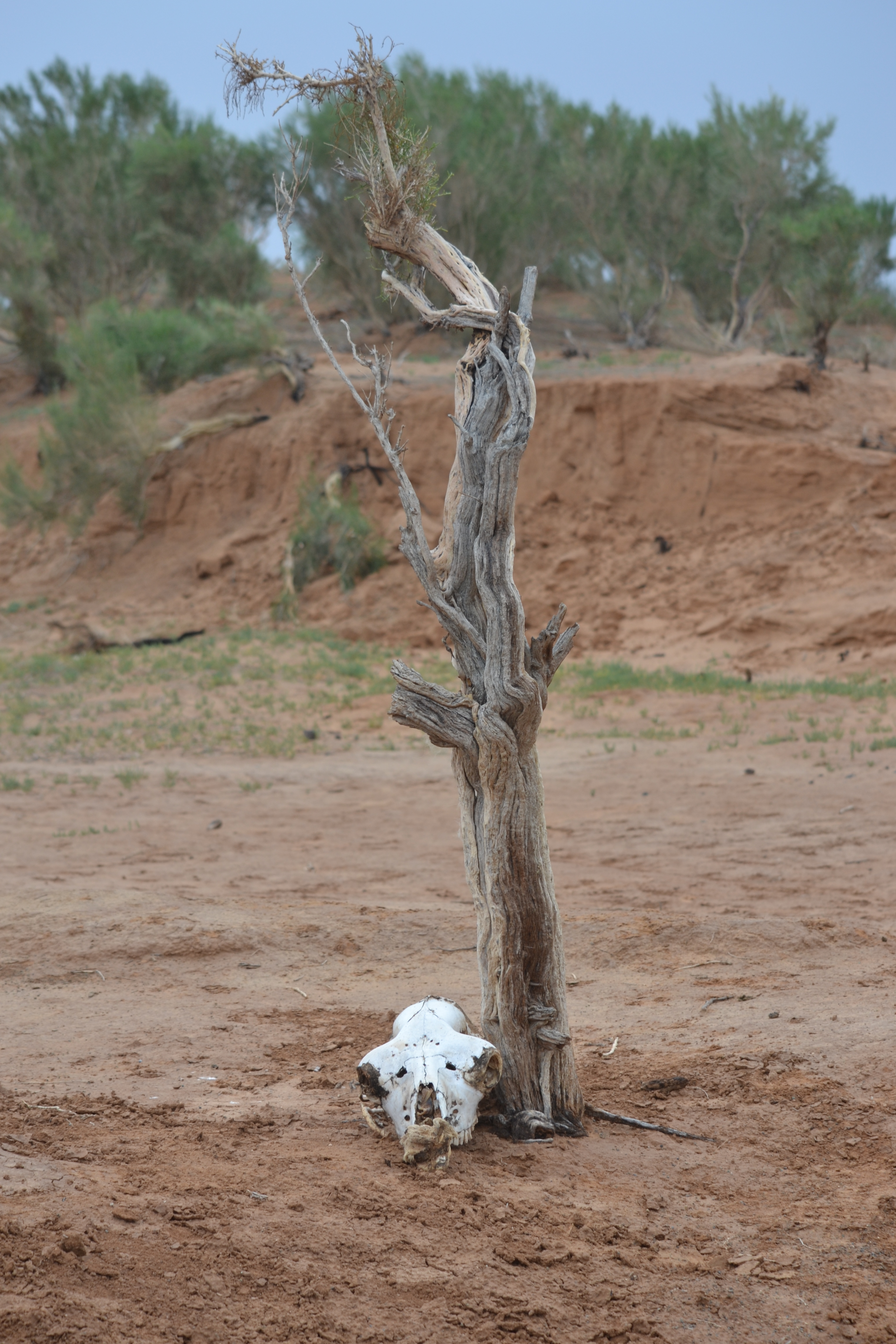 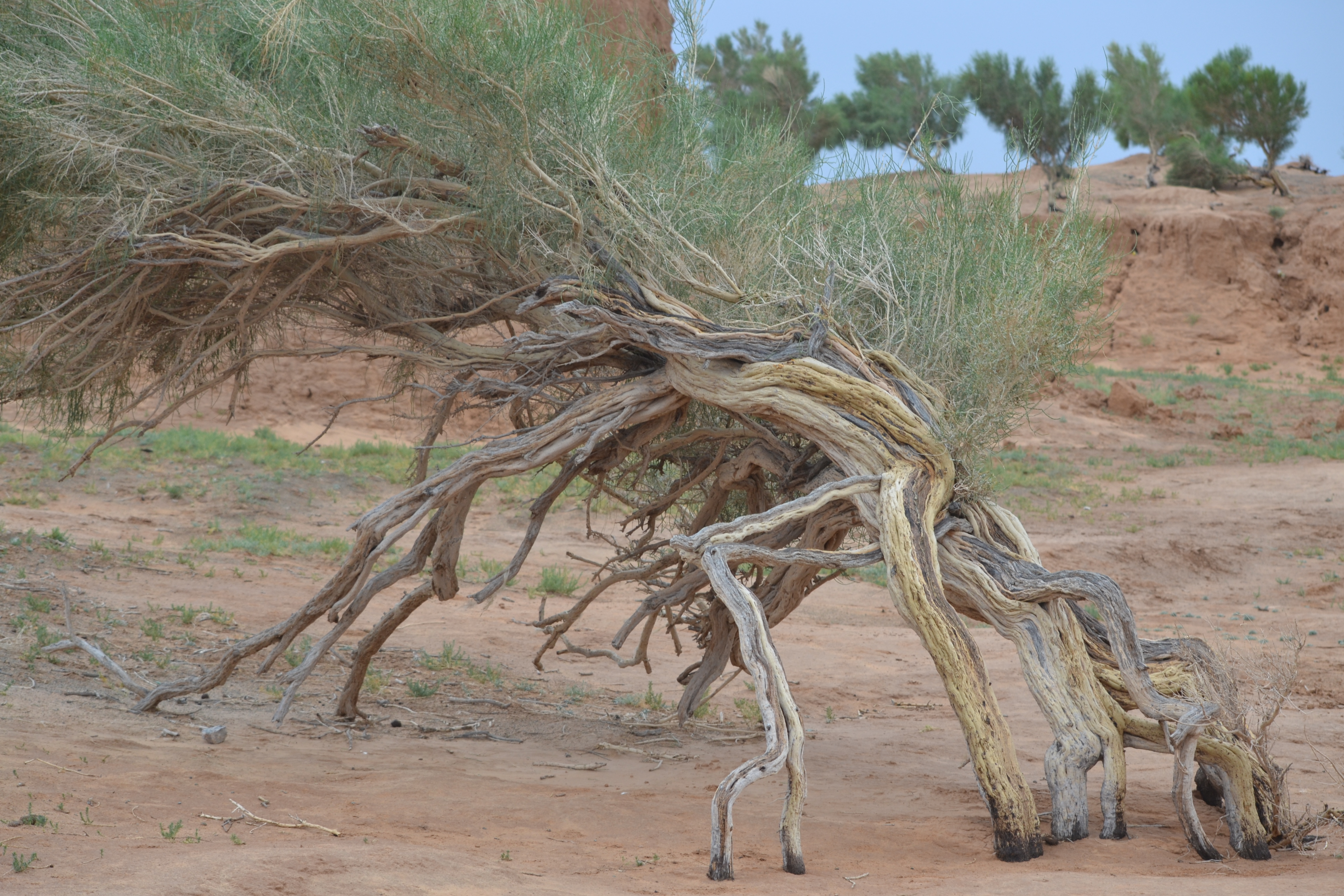 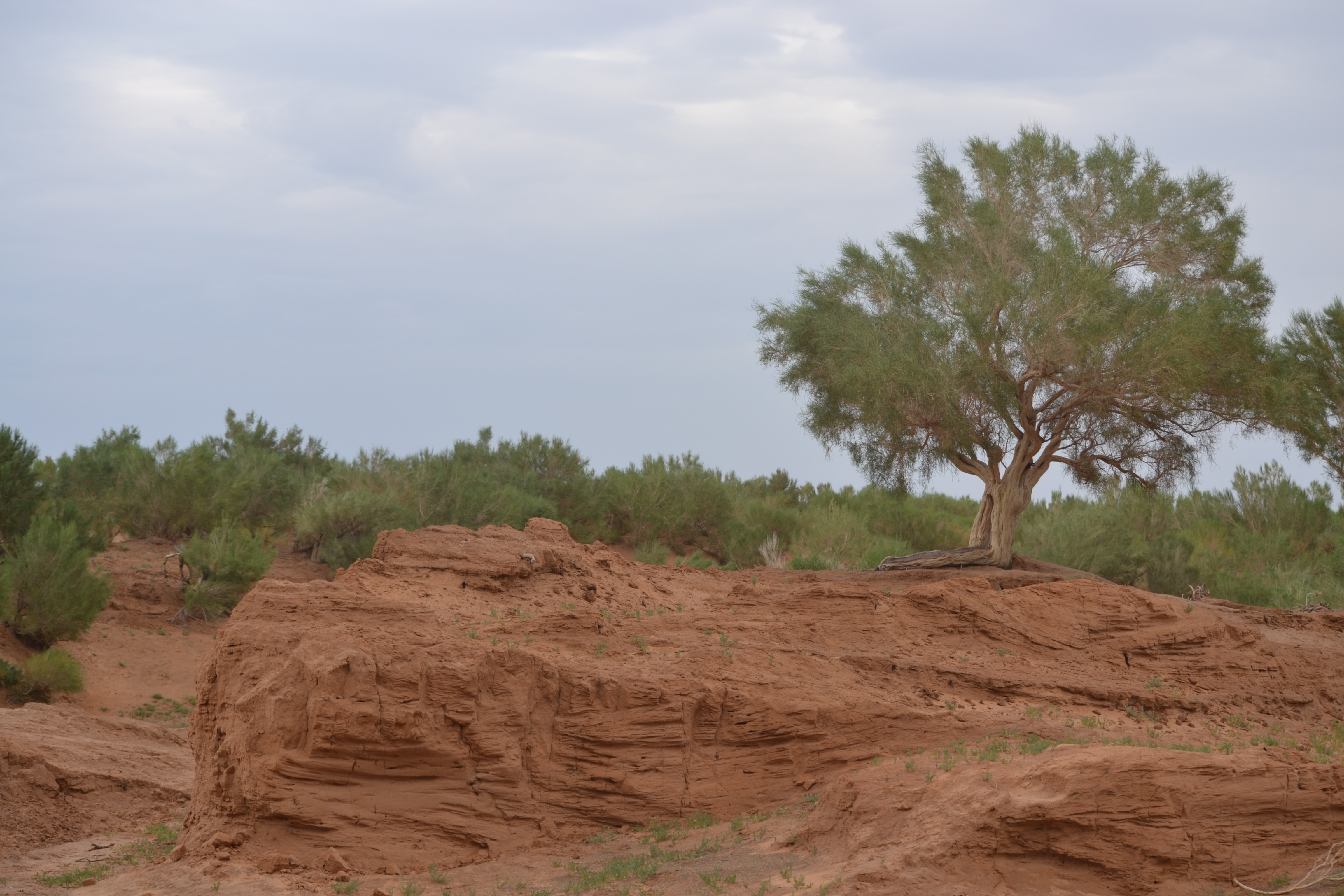 Just a few of my personal highlights of the Gobi desert – but if you are in Mongolia, make sure you head here, if nothing else it is such a contrast to the green of the Steppe! 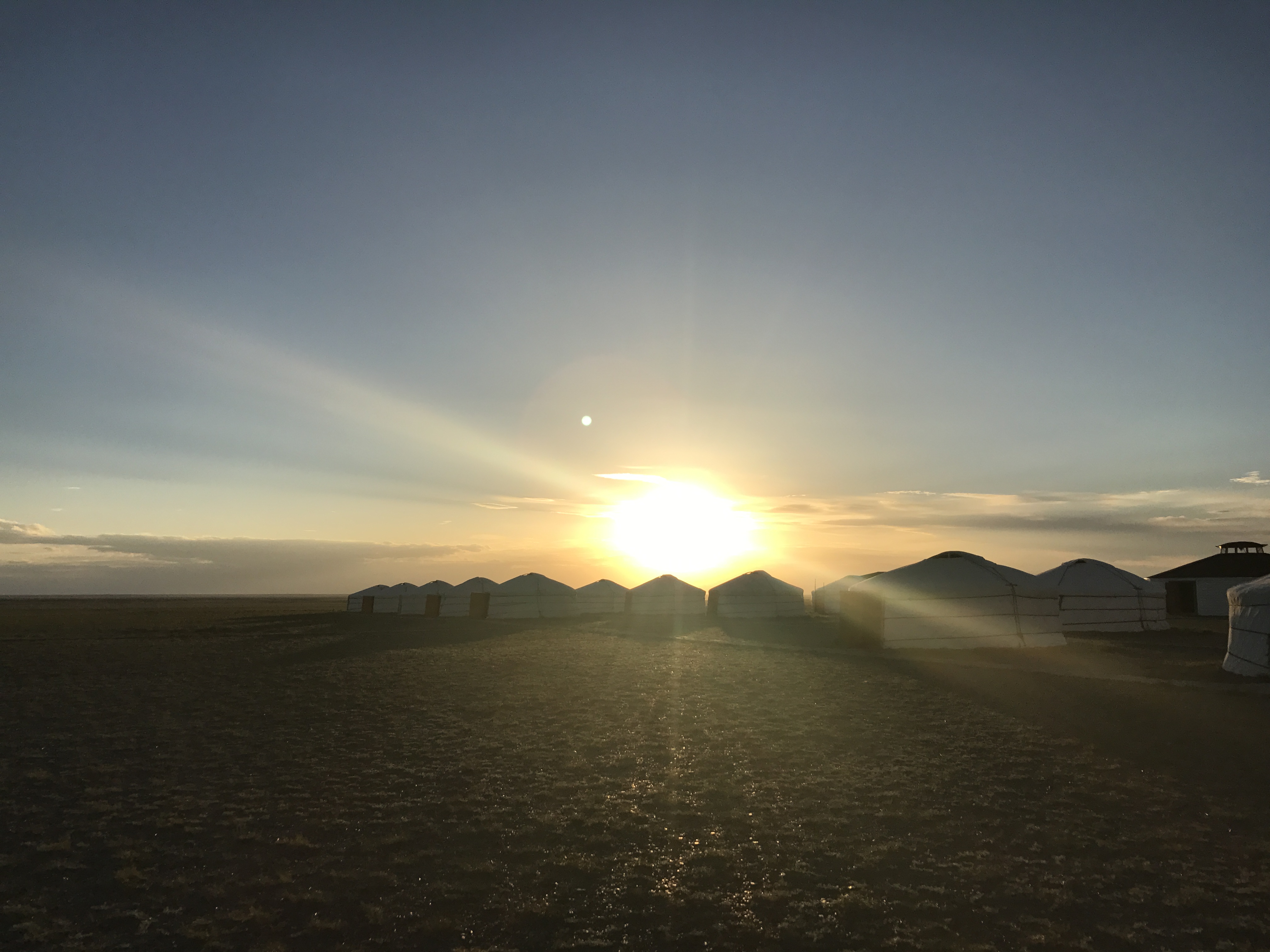 If you are interested in finding out more about Mongolia have a look at my other posts:

Sleeping in a Mongolian Ger 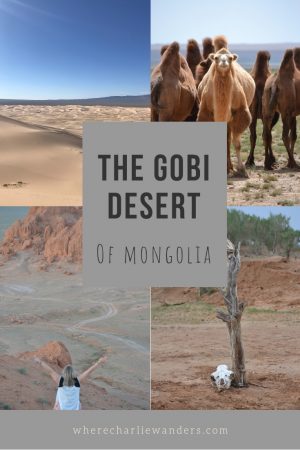 Love your photos especially the first camel picture, she really looks like she’s posing! I’ve just posted a photo journal about my travels there, I’d be really interested to hear how they compare to your own experiences.

So cool! Sounds like an incredible experience. I would love to experience the steppe!

It was absolutely amazing! I would say Mongolia was one of my Travel highlights! Hope you make it some day 😊