Flying from Roatán airport, full of load Americans and far from the tranquil experience of the island we have so far seen, we had to fly through El Salvador. I was a little nervous about what these planes would be like – the airports seemed so small and fairly obscure. I was very pleasantly surprised by the tiny but lovely plane.

We arrived at Managua before getting a transfer to Granada where I would be staying for a few days. It was a little nervy arriving as the hotel was behind really extreme security gates, and we were told not to walk around on our own at night. Taxi’s were the only way to travel.

That evening I got to try Toña beer, the local in Nicaragua and what would become my favourite of the trip. 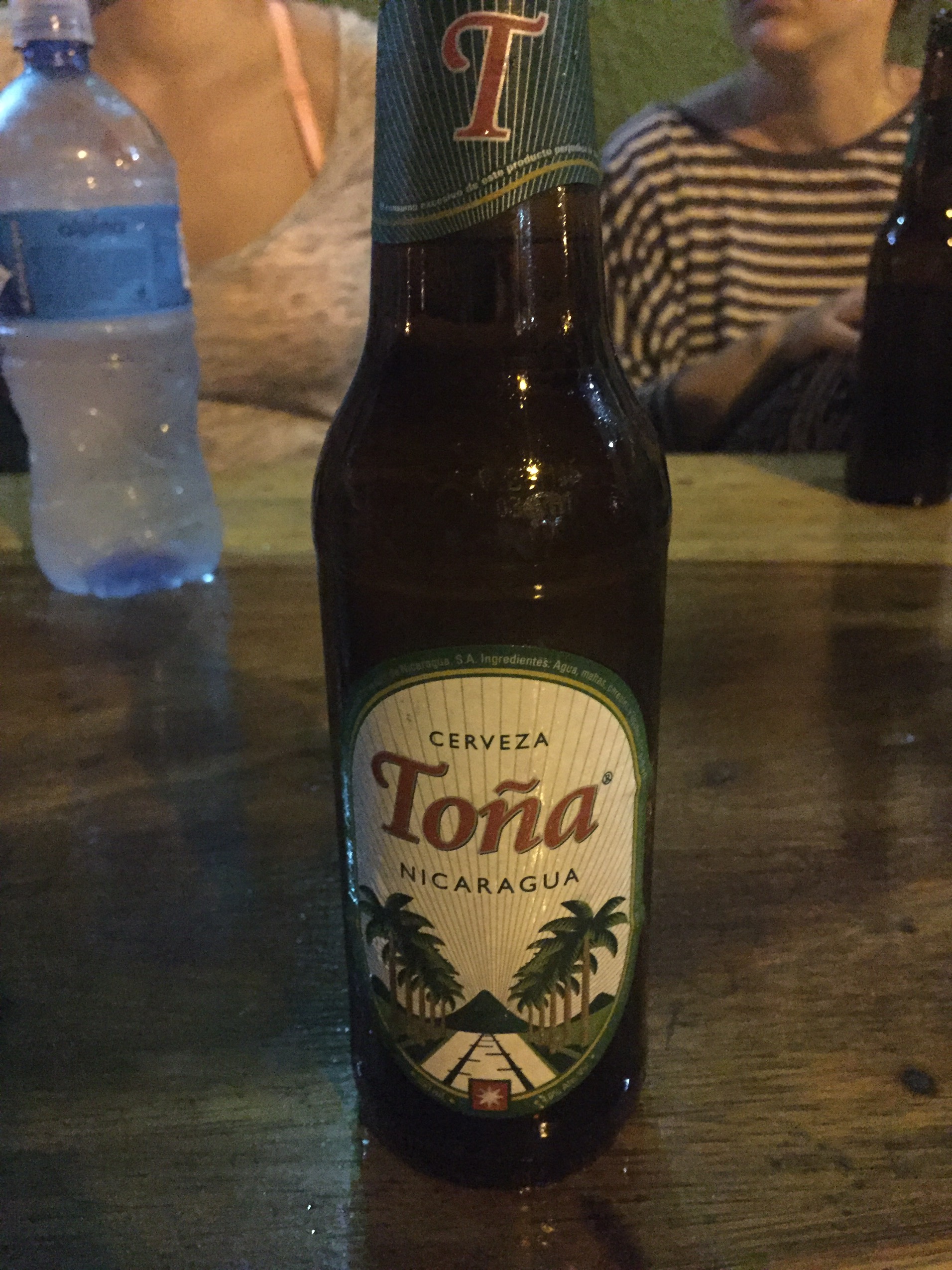 First day in Granada I had decided to do a tour of the local area, not having much time in one place this is a great way to get a feel of somewhere. Unfortunately rainy season had well and truly kicked in at this point, and I set out armed with a rain mac. 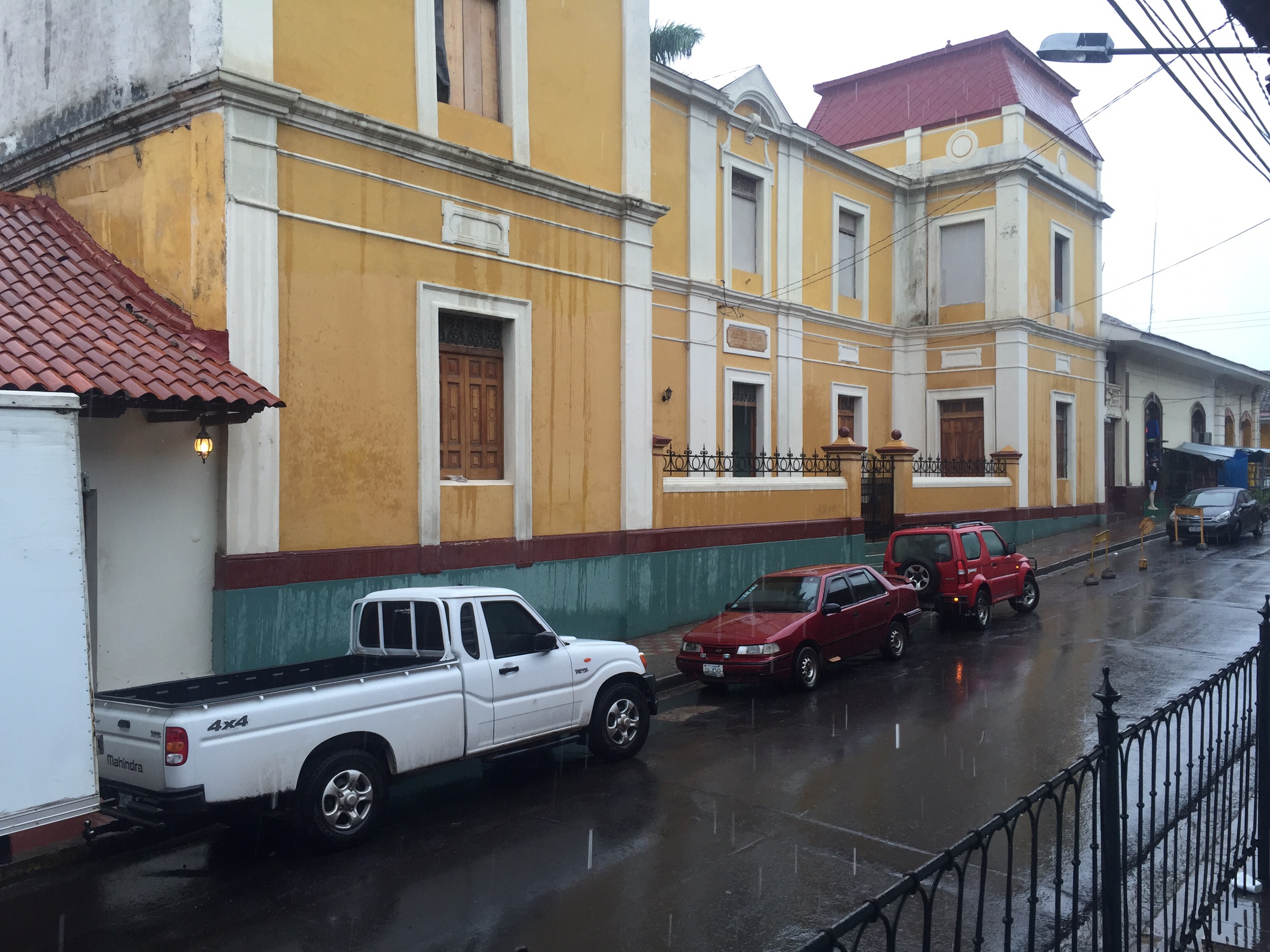 The day started with a very delicious breakfast at a cafe called Ashley’s, on Calle Morazan. I am not sure what happened to me this morning, but I honestly don’t think I have ever loved an omelette more. It was nothing special looking back now, but at the time it was simply amazing. So much so I had exactly the same thing the next day. Such a simple place, but I adored it. 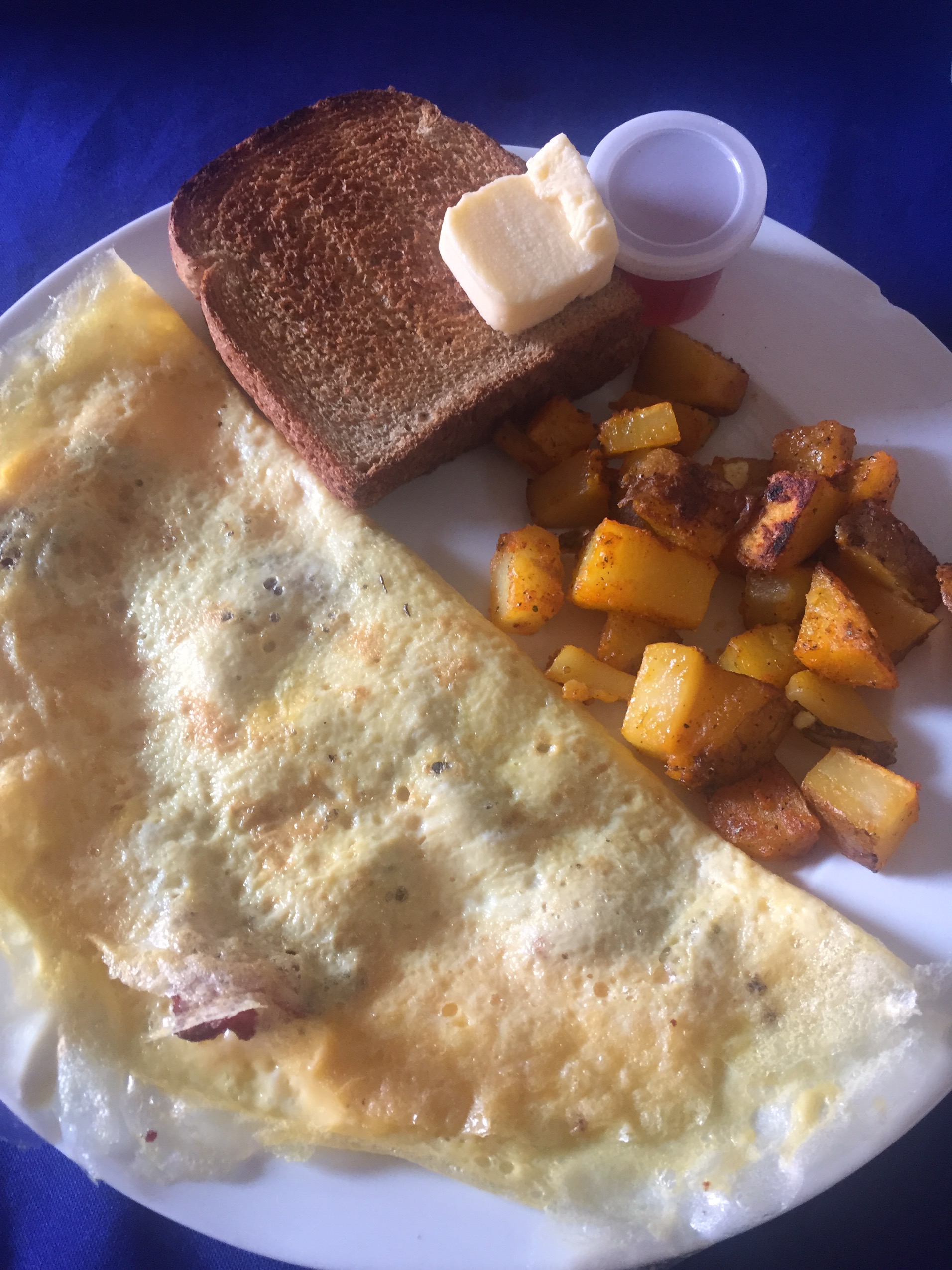 So highlights of Granada in the rain included, the old railway station, a cemetery and the church. 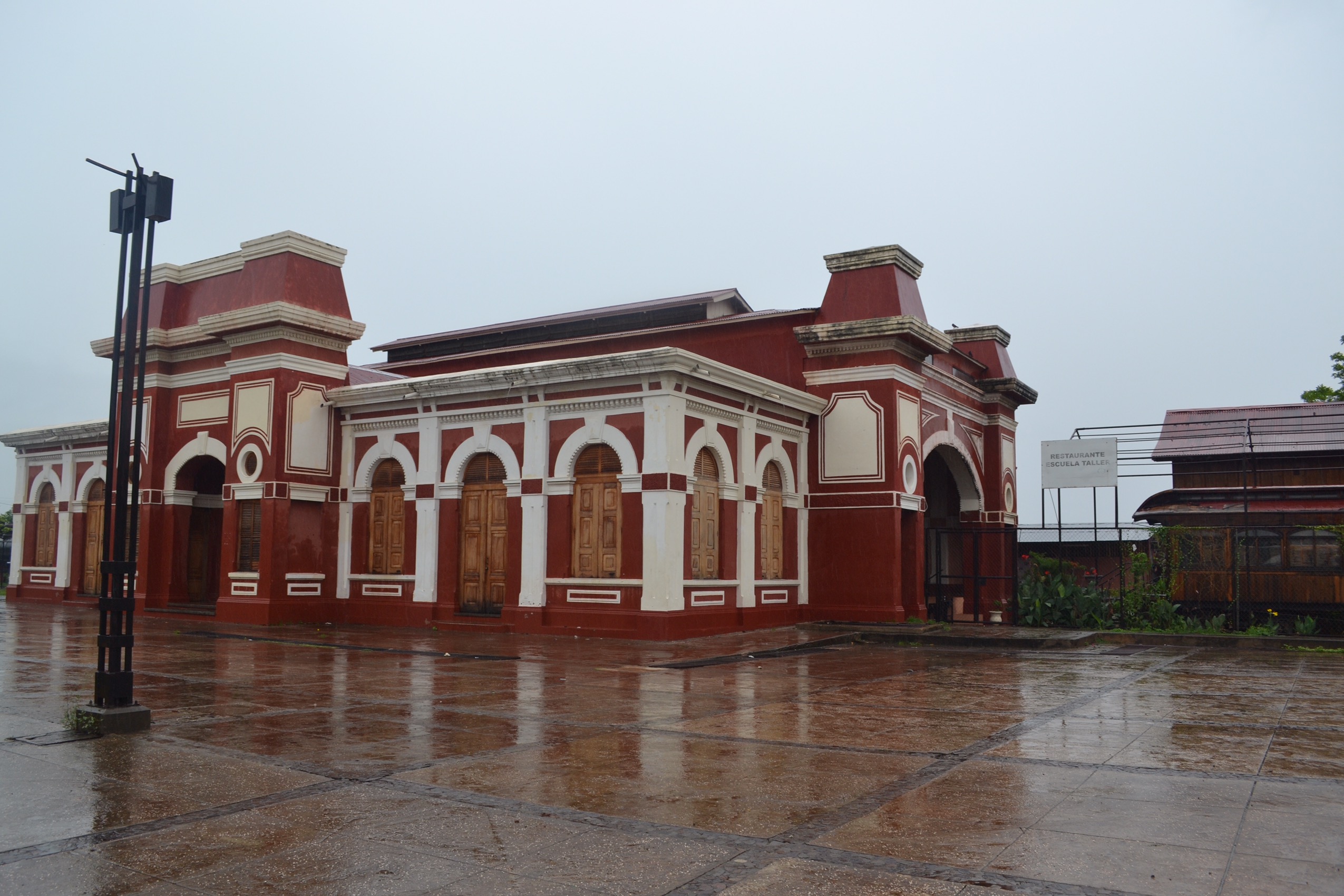 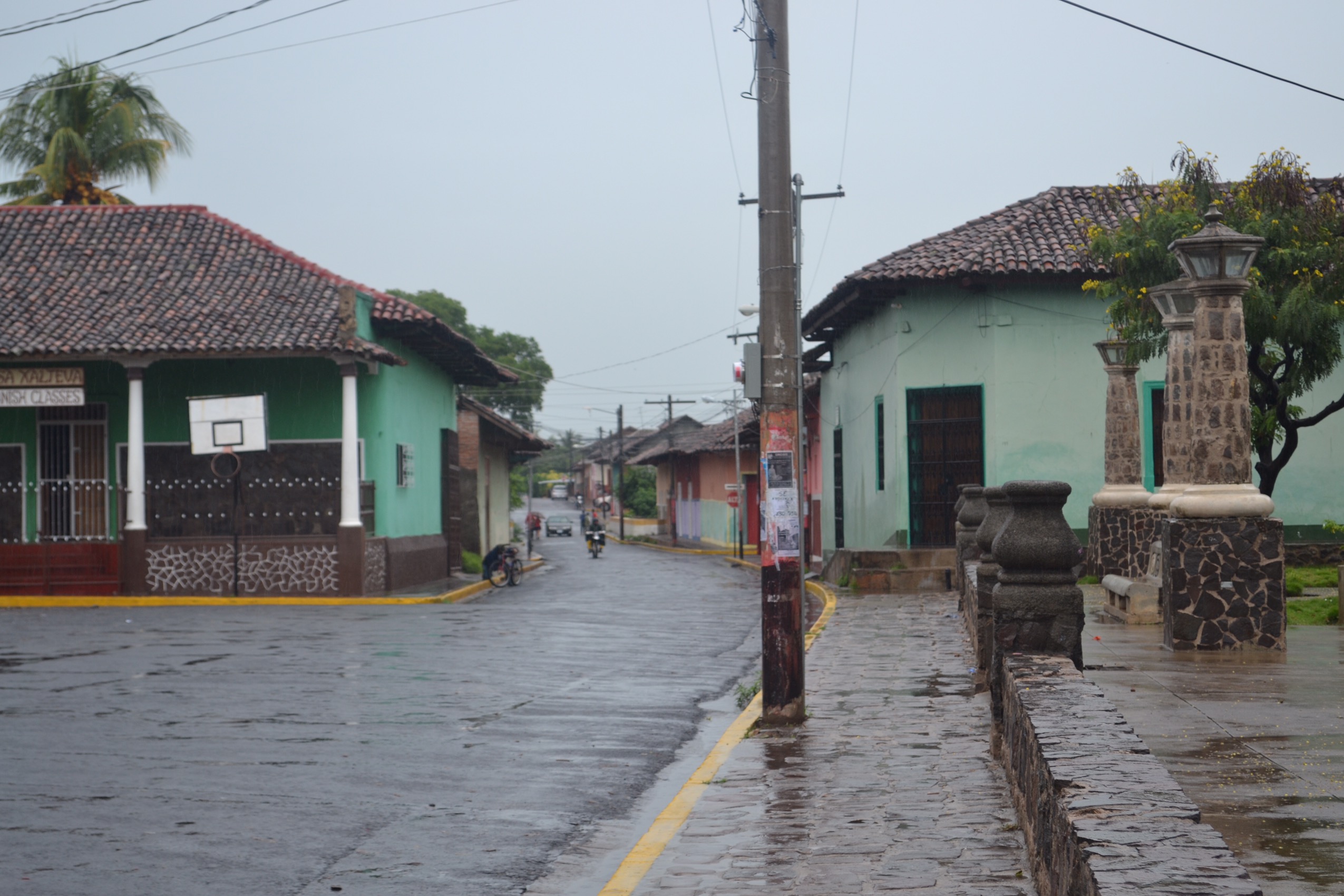 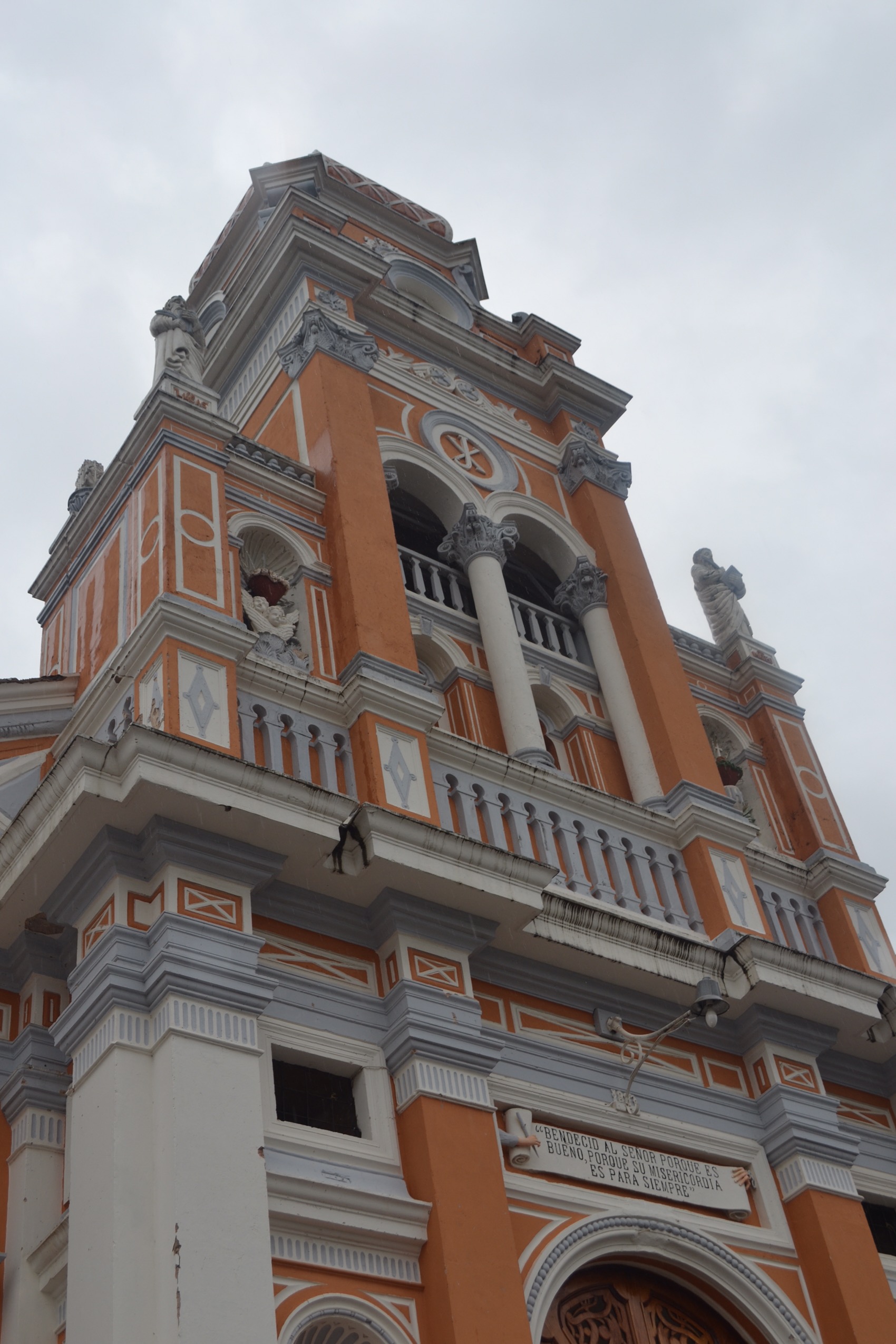 We then headed out of Granada itself to see lava in an active volcano – I was super excited about the idea of this. Unfortunately the weather was so bad the volcano was issuing such noxious fumes it was deemed not safe and closed. I was extremely disappointed. Instead we headed to Coyotepe Fortress which was an incredibly harrowing experience. It was used as a prison in the civil war, and it was absolutely horrifying to be told about the history. 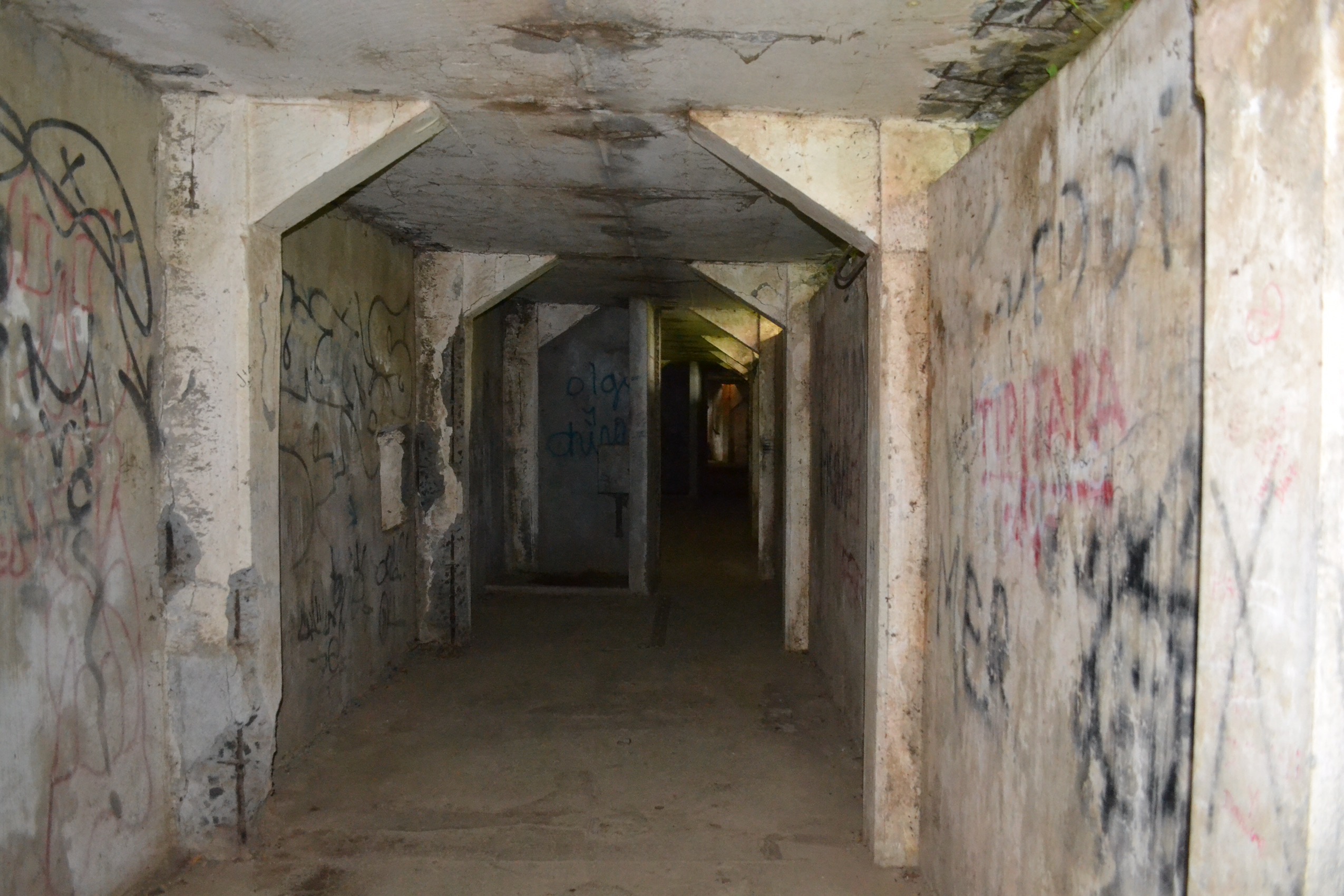 Onwards to more cheery places and I had a great time wandering about the handicraft market in Masaya. Perfect place to pick up some souvenirs in a really chilled environment. 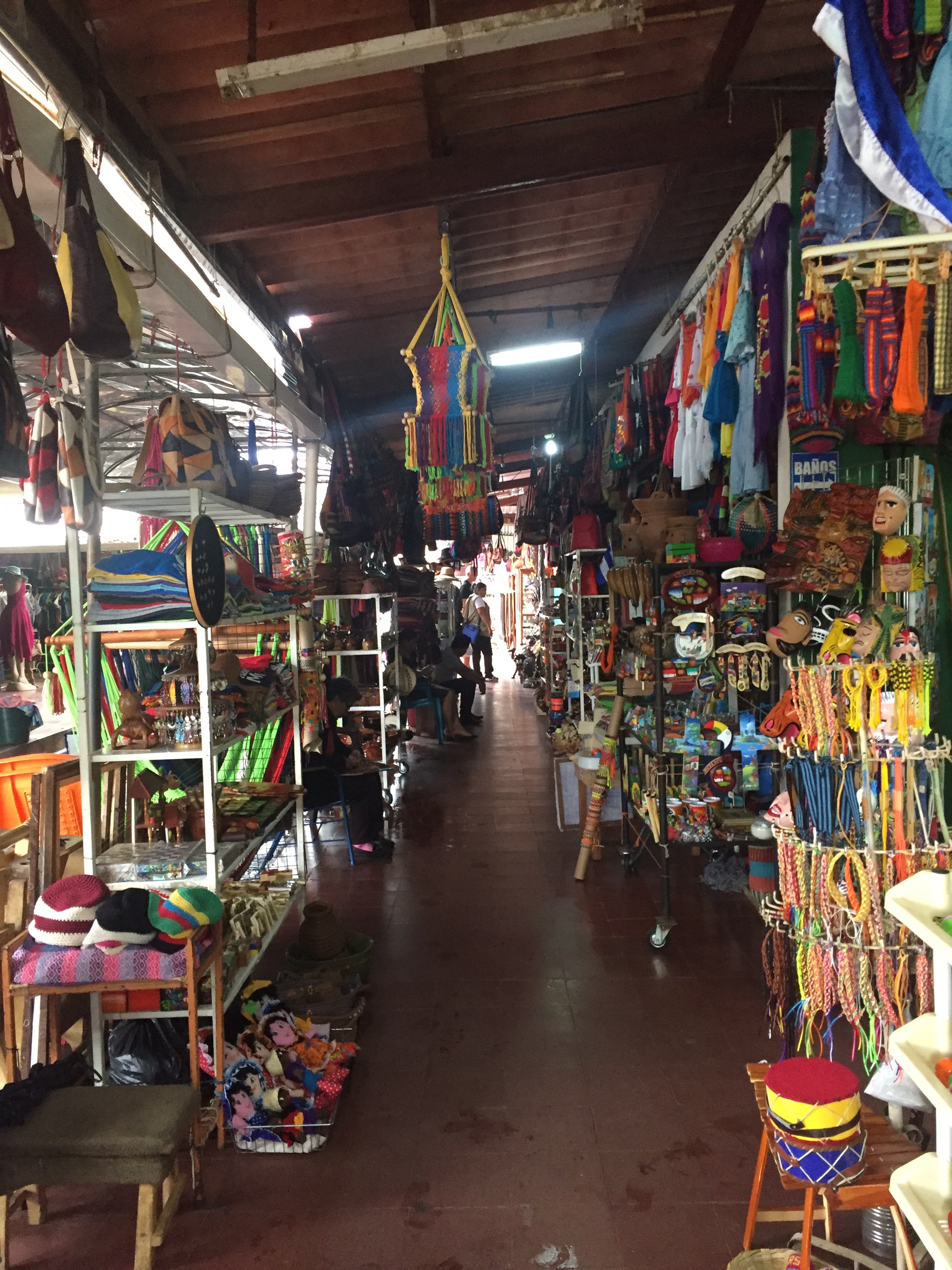 One of the highlights of the day was when we stopped at the Laguna Beach Club . Despite it still being fairly overcast, it was had least stopped raining at this point. The beach club was set on the shore of the Laguna de Apoyo, a lake formed in the crater of a volcano. With rum in hand, we set off to the shore and proceeded to float about in huge rubber rings, kayaks and even partook in some paddle boarding. It was the perfect way to spend a chilled afternoon, in literally the most beautiful setting. On a sunny day it would have been spectacular, but that day it was just perfect. 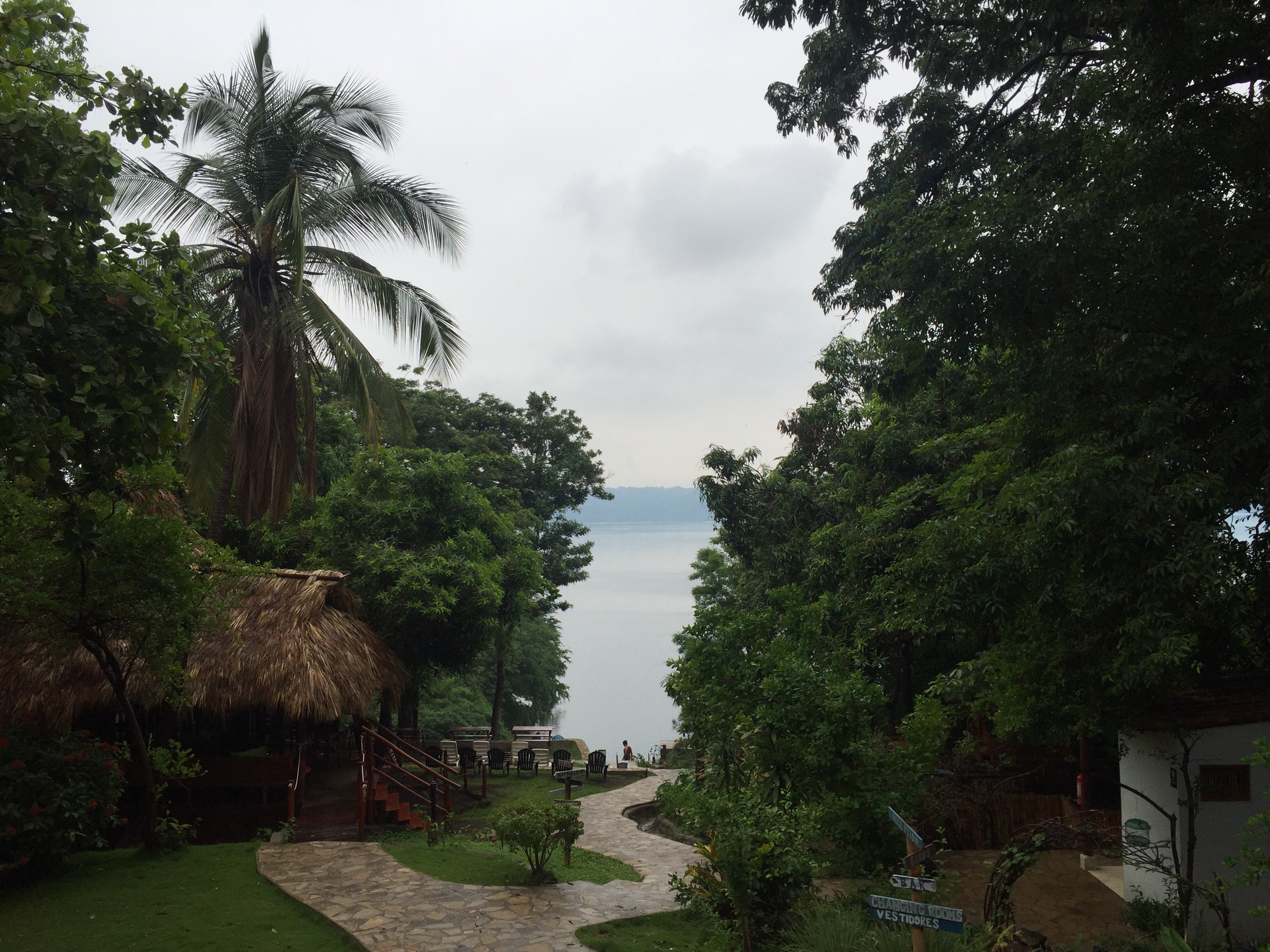 One of the must do’s when in Granada is to take a boat trip about part of Lake Nicaragua. With yet more rum punch by the bucket load on-board we set off to have a look at some of the islands. Some of them are handed down through families and have incredibly basic houses. Others have some absolutely huge and outstanding houses on their own private islands. Another of the islands was called Monkey Island, so called because of the 4 spider monkeys who have made it home. 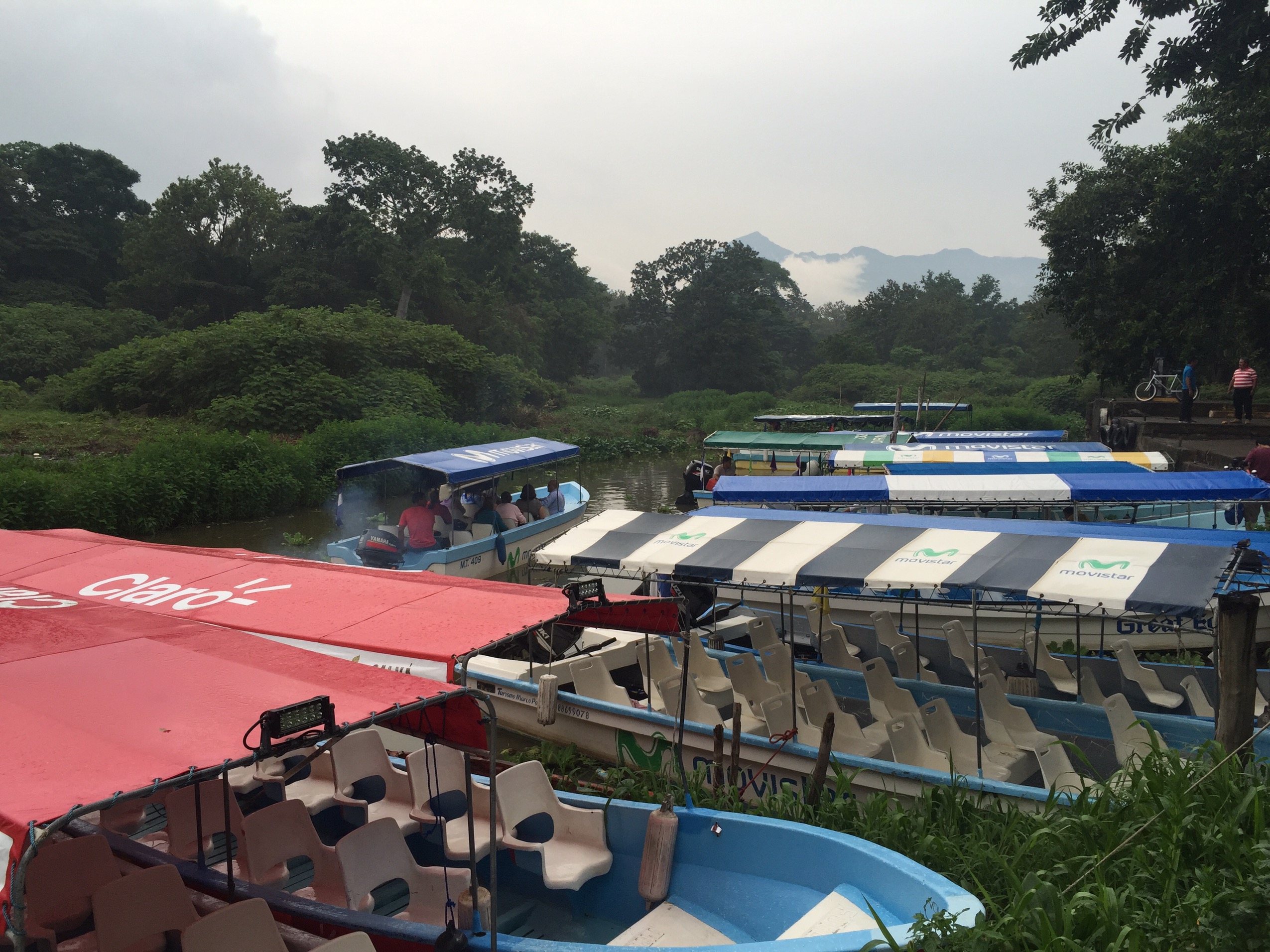 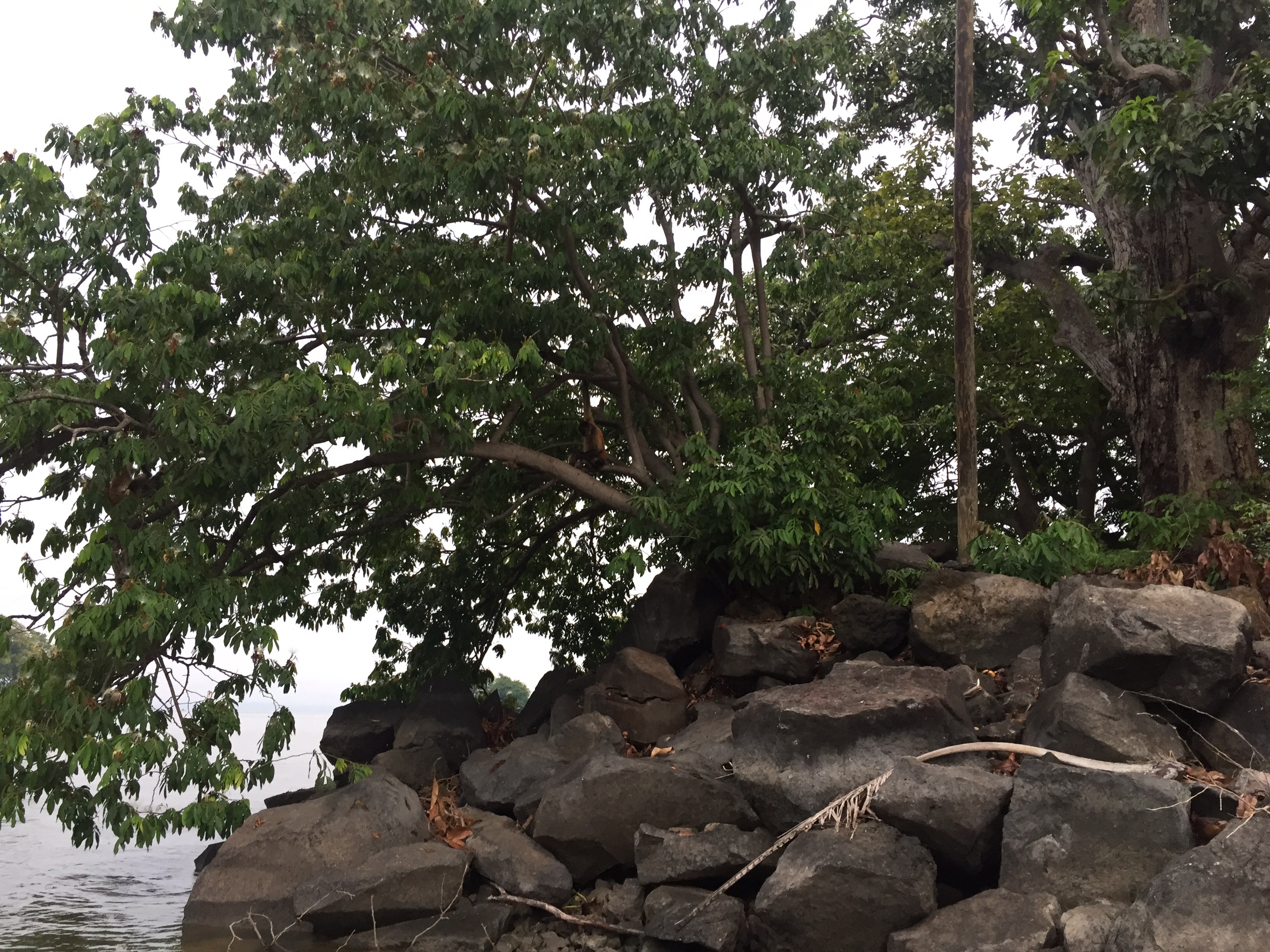 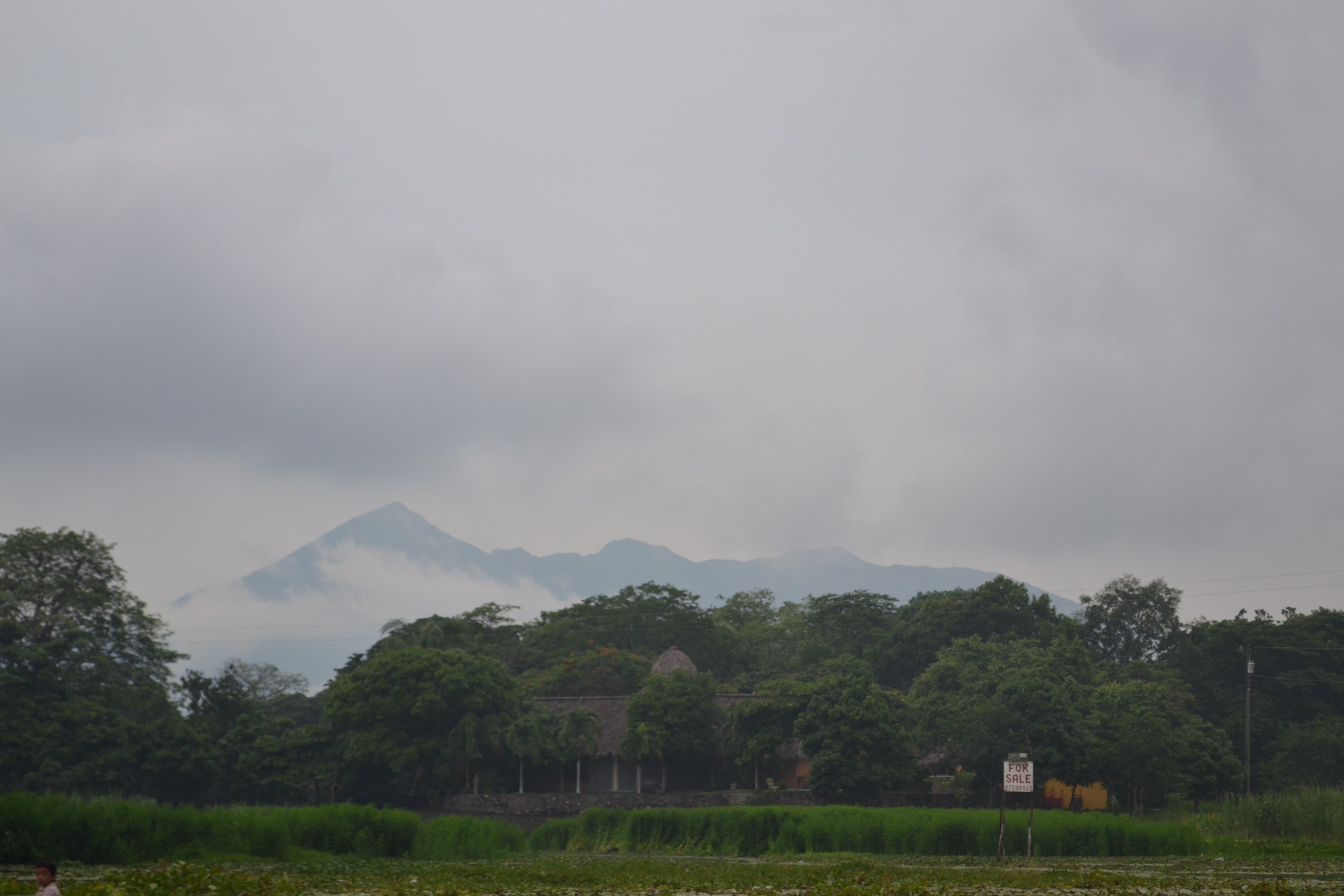 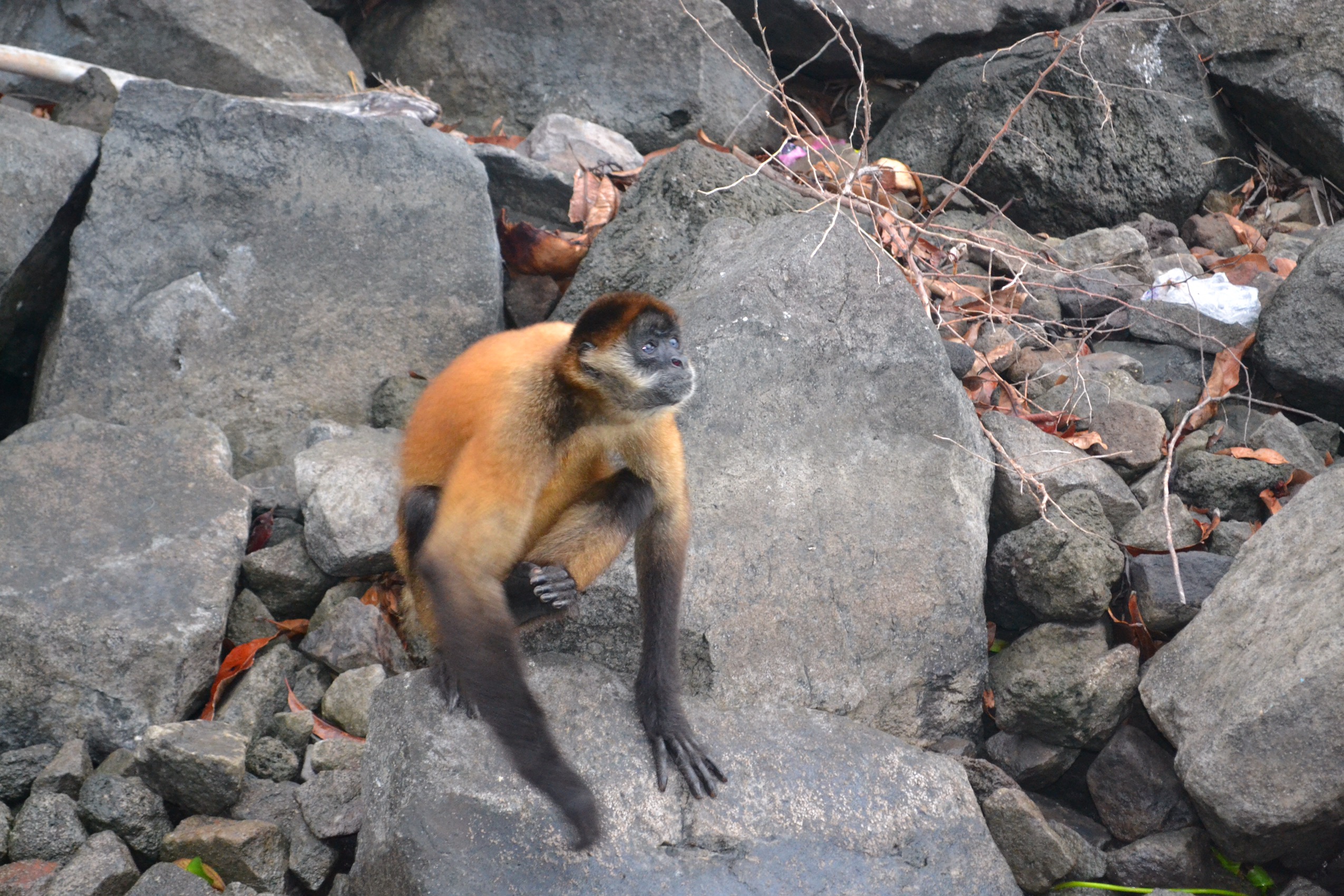 That evening I tried some more local food. This was named Fritura, and bought from a very interesting place. I was sceptical but it was absolutely delicious! Sweet and dried plantain, beef and cabbage wrapped in a banana leaf. I had also decided to add some local cheese, which was a mistake. 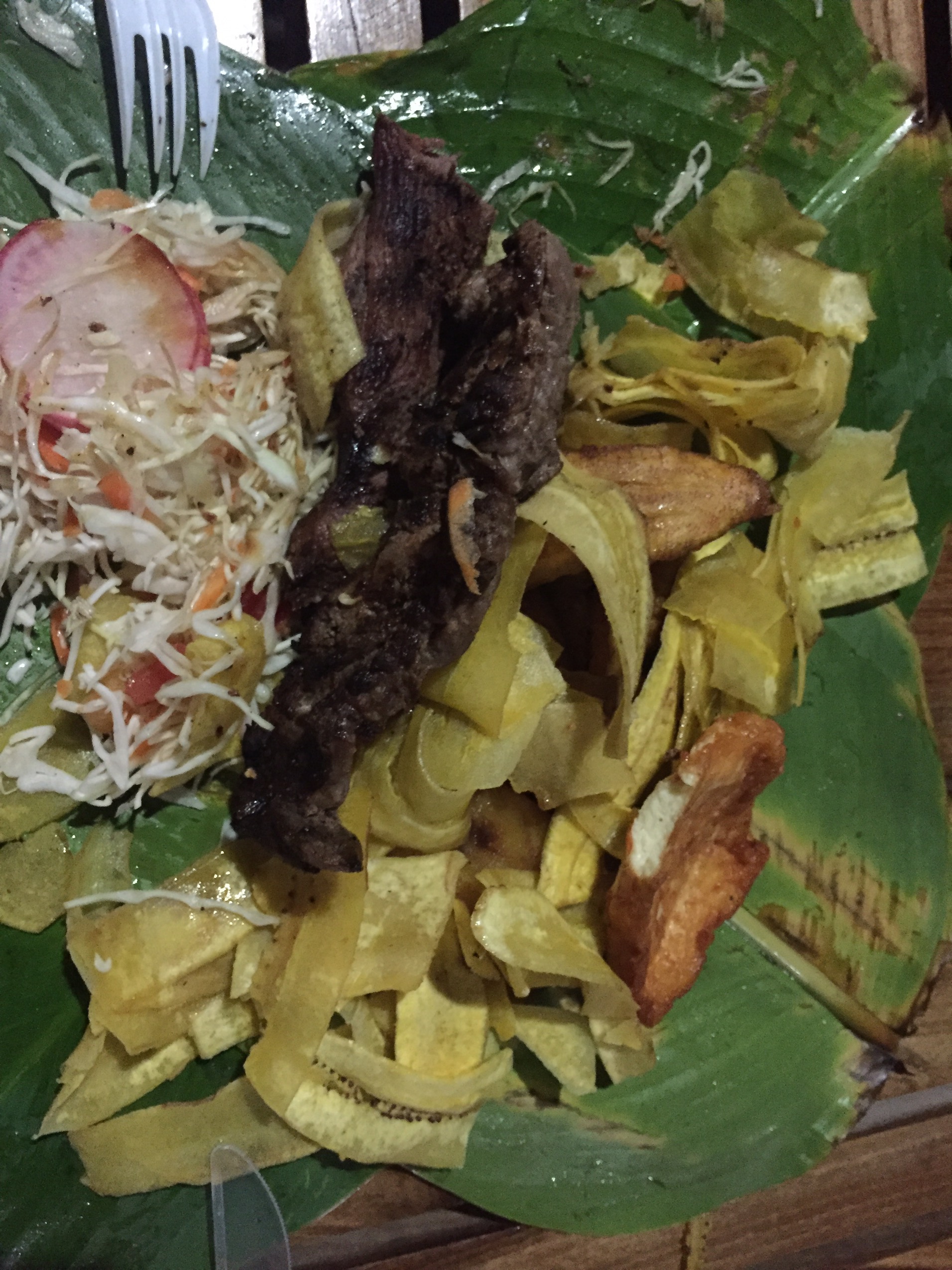 The day ended up with a spontaneous trip into the town and attempting to dance Latino style in a bar. Love Nicaragua!

The rainforest of Central America

Made it to Guatemala