St Andrews, Scotland – How to spend a morning

Having been working in Scotland for a week with no time to explore, I wanted to make sure I did something on my one morning in this part of the U.K. Which is why I used my time to spend a few hours in St Andrews. 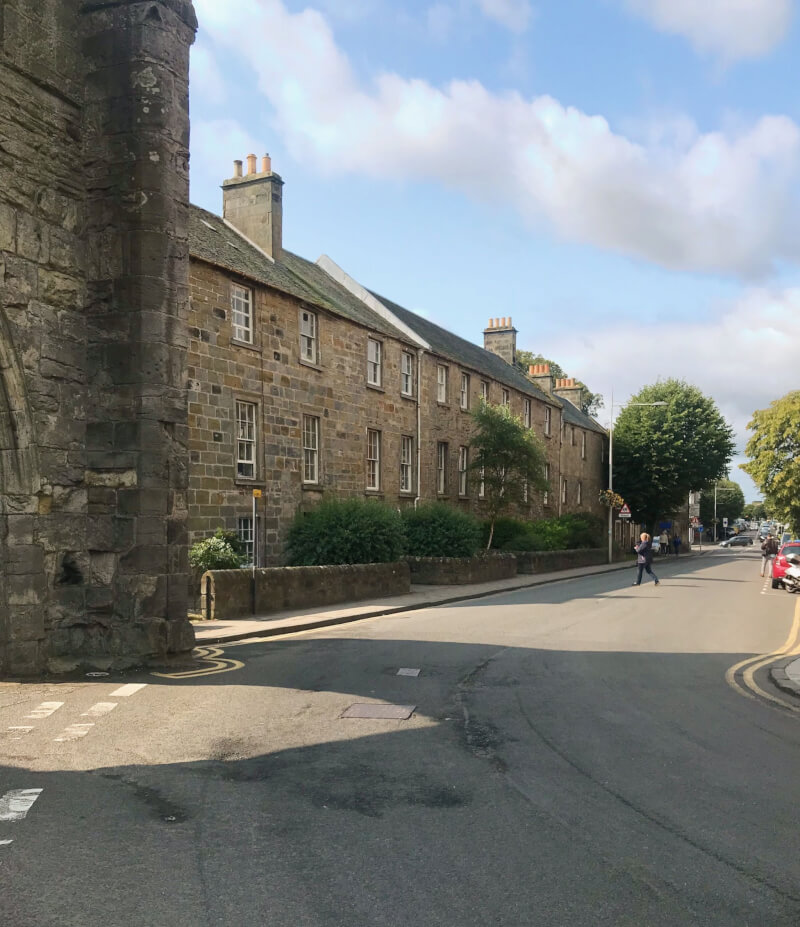 After debating long and hard about where I should go, wanting to make sure I got it ‘right’, I headed to St Andrews on a recommendation from a friend. It was the best decision.  A town so quintessentially Scottish and home to one of the oldest universities in the United Kingdom. As well, of course, as the meeting place of the Duke and Duchess of Cambridge.

It was one of those beautiful, clear blue Scottish mornings that are seemingly so rare as I set off from my hotel to explore this wonderful part of Scotland.

St Andrews is about an hours drive from Edinburgh, so very accessible for a day trip or even a few hours like I had. I had a hire car, which did make things much easier. If you’re looking to get public transport the nearest train station is Leuchars and then you would need to get a bus.

I set off early, so as to arrive first thing in the morning to make the most of my time. It was an excellent decision, as there was plenty of space to park and it was very quiet.

First things first, I needed a bit of sustenance. I popped into We Are Zest, which offered a great range of breakfast options from baps to porridge, both to have in and take out. The lunch menu also looked good if you are looking for options.

I grabbed my breakfast and headed out to explore.

What to see in St Andrews

I am in love with ruins and history, so if you are anything like me, this is the perfect stop. Combine this with the fact it is next to the sea and I was in heaven. A small, quaint walkable town, ruins and a coast – my dream destination.

Make sure you don’t miss these sites.

It’s hard to go anywhere in St Andrews, with out coming across some part of the town walls. I drove through them as I came into town, and then walked through a further section later on. 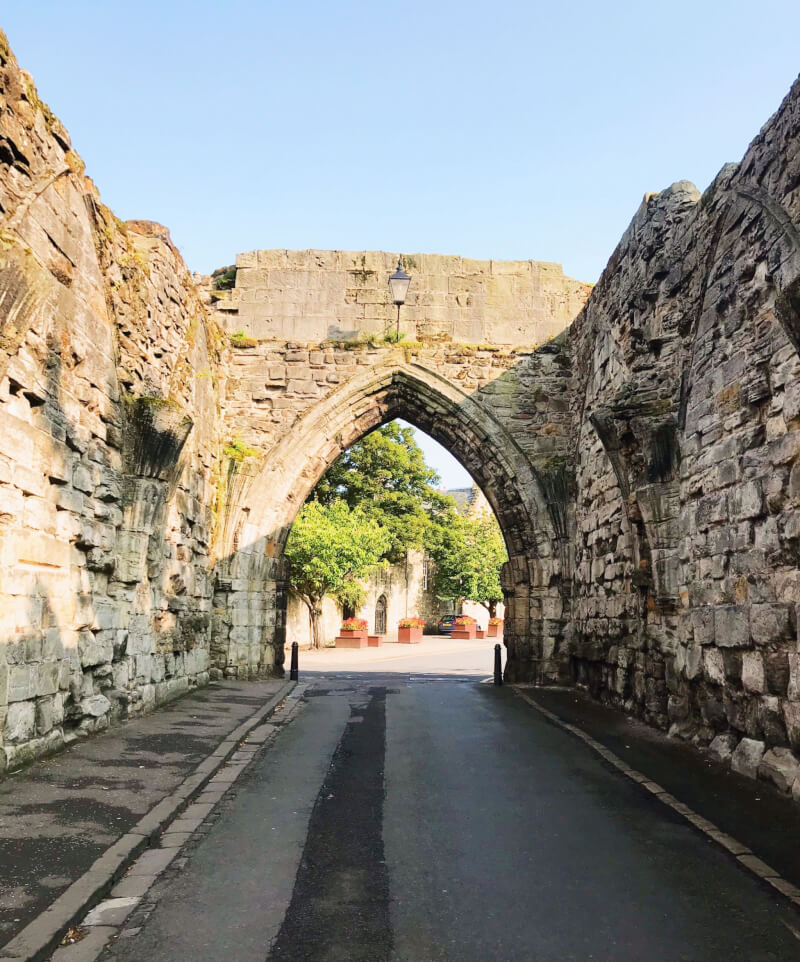 I love how they have become part of the architecture of the modern town, and integrated, despite being so old.

My first stop was the beautiful ruins of the St Andrews Cathedral.

The ruins are absolutely stunning, and give only a small insight into how magnificent this church must have been. It was built over a long period of time from 1160 – 1318 and then abandoned in 1561, when it was left to ruin. 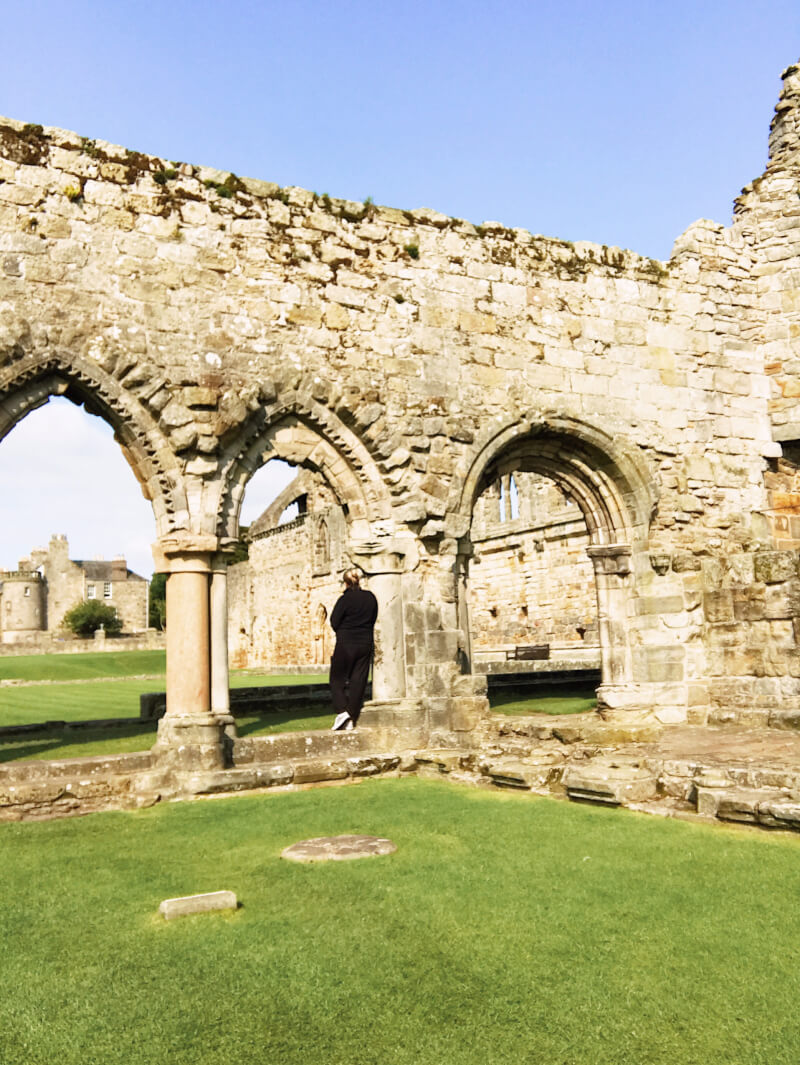 You can see the layout of the cathedral, including the cloisters, some tombs and ruined chapter house.

The most stunning sites are of course the East Facade with the twin towers, and the west facade with its round towers. 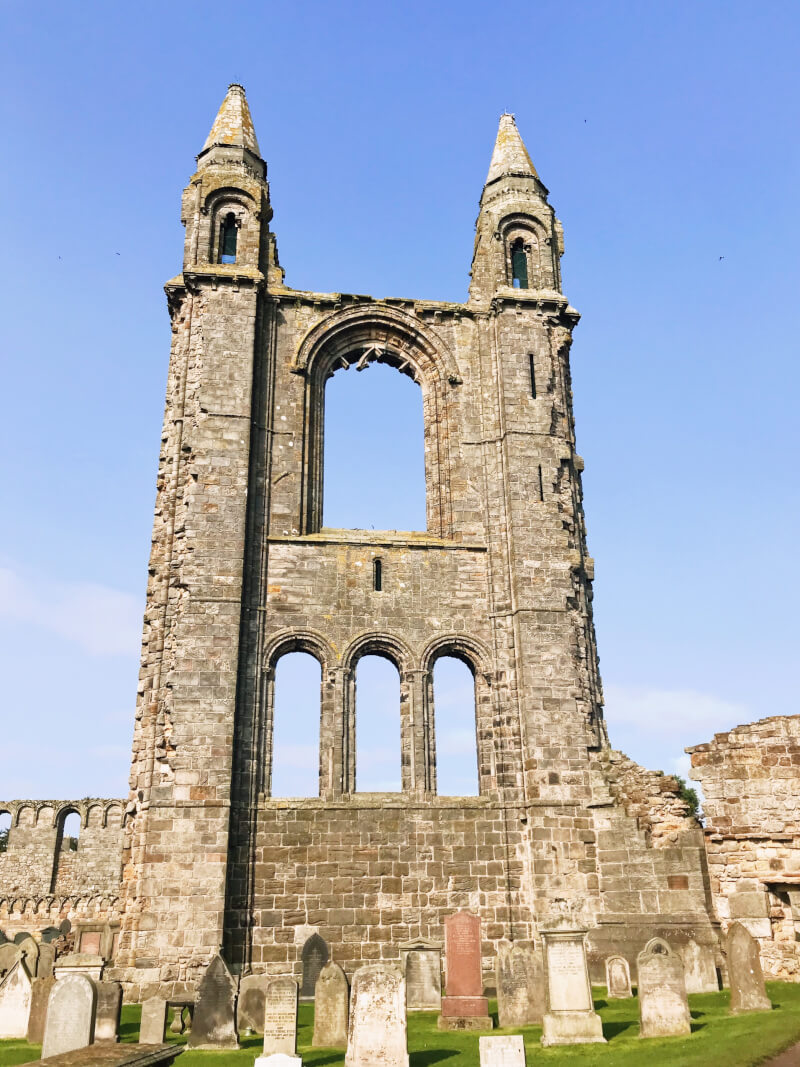 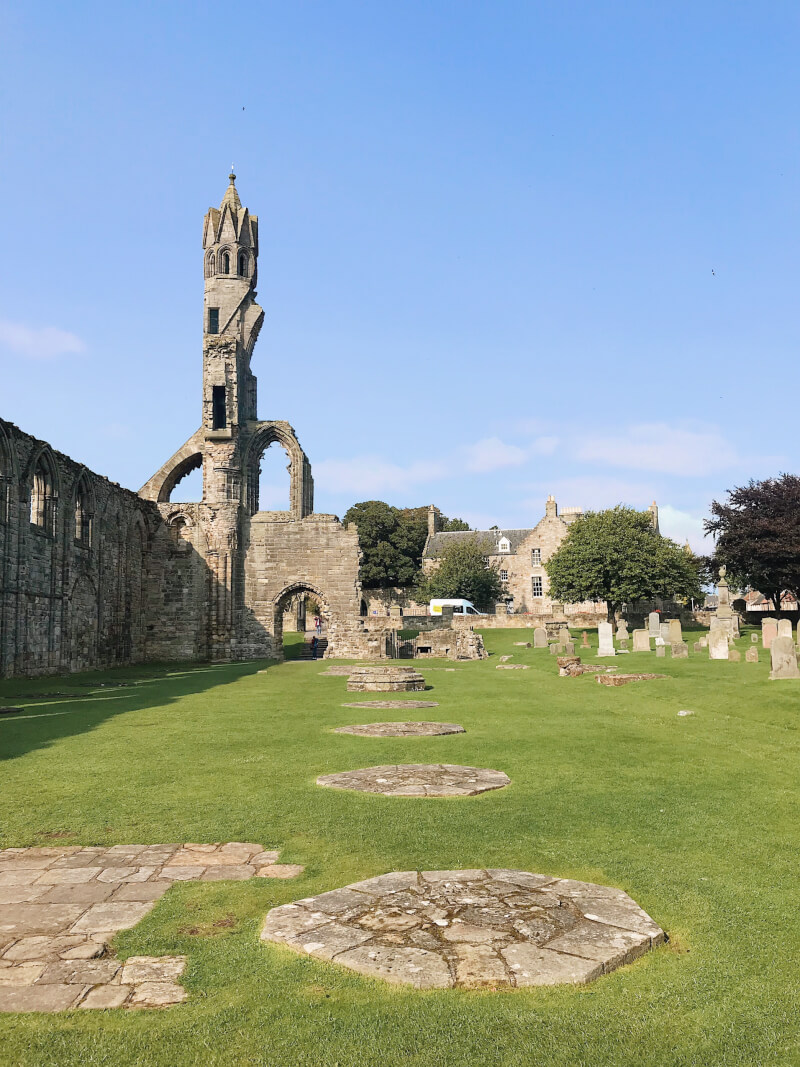 I loved how up close and personal you can get to the ruins, and really feel as if you were there, walking along the same paths that people trod hundreds of years ago.

I went first thing in the morning, which I would really recommend doing, and it was so quiet with so few people about.

Leaving the cathedral, I walked a few minutes along the coastal path to the ruins of the castle. You can see the ruins jutting out on the cliff edge over the sea, as you walk along – making for a very picturesque moment. 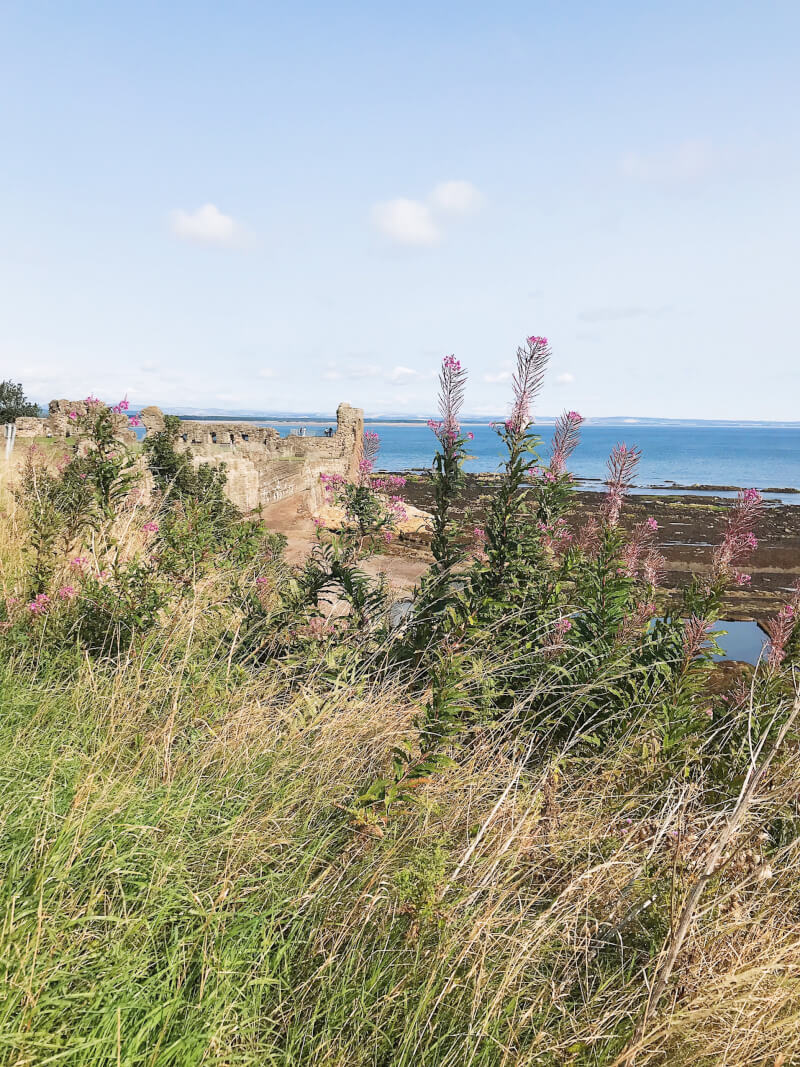 The ticket price, includes an exhibition of the history of the castle. All very informative, but if you are anything like me, I just wanted to get out in to the castle itself and again experience being there. Probably should have spent a little bit more time reading the displays though. You do also get a complimentary audio guide with the ticket, but  I was told I didn’t really need it as there are plaques throughout the site. However this is a bonus that it is included in the ticket price, if you prefer listening as you go around.

You enter the castle through the drawbridge, and here you can see the extension that was later added to the castle. I loved the feeling of walking through the entrance and into the old centre itself. 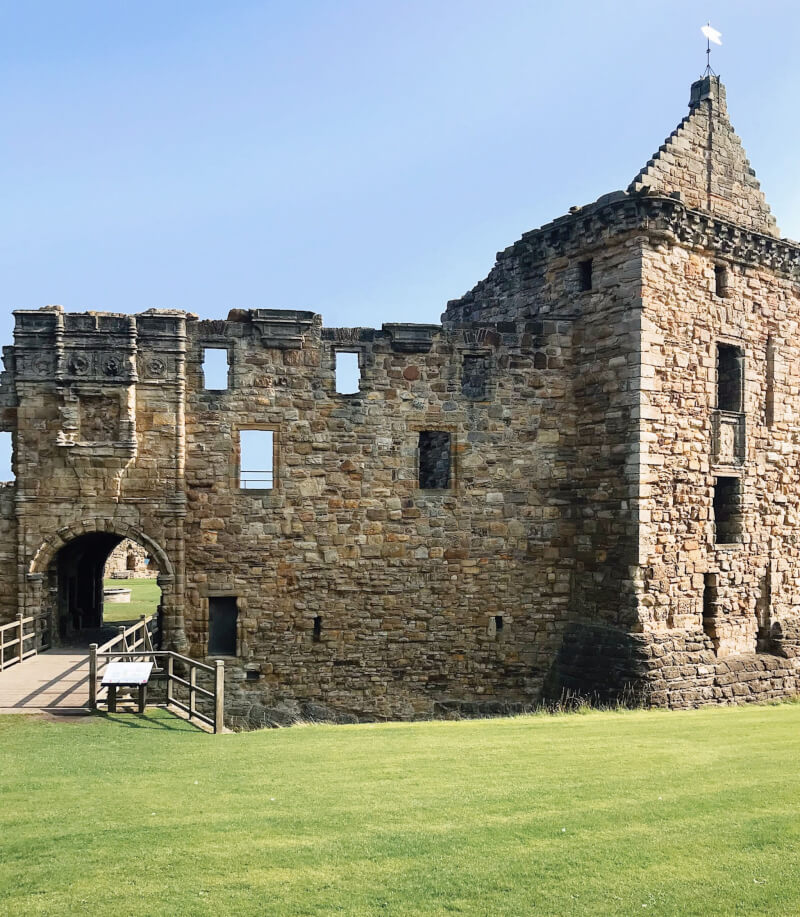 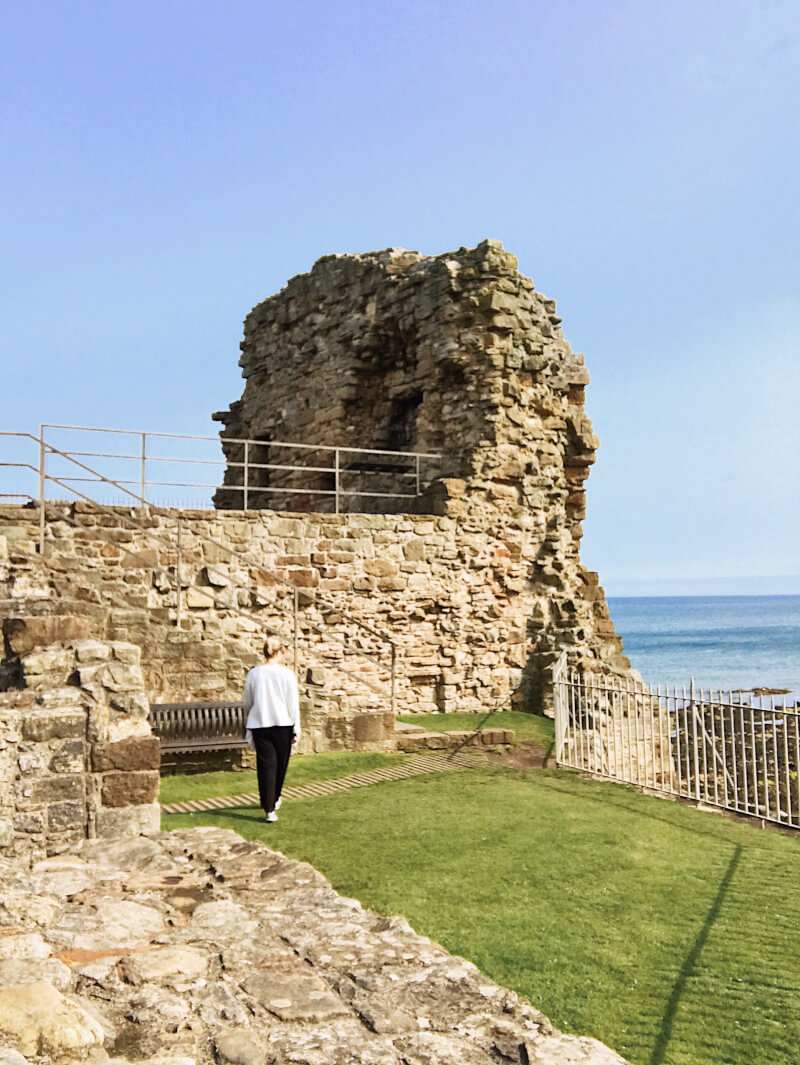 One of the more interesting things about the castle are the siege tunnels. The castle was under siege and the attackers tunnelled under the castle to try and blow it up with gunpowder. The defenders realised what was happening and so counter attacked with more, crudely built, tunnels. You can see and crawl through these tunnels for yourself. You enter through the smaller, narrower ones dug by the defenders. This then widens after you step down a ladder into the tunnels dug by the attackers. 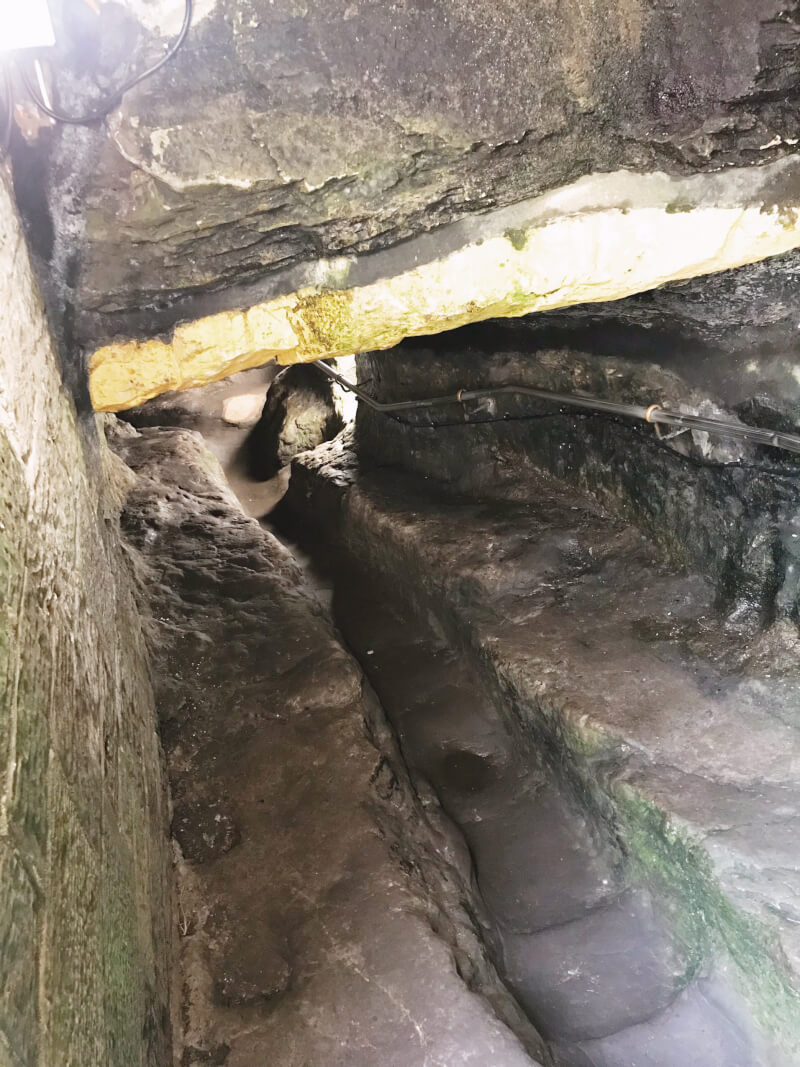 Unfortunately, I hadn’t realised quite how claustrophobic I was until this point. I knew I had a hint of it, but I just couldn’t make myself walk all crouched down to get to the wider part. I think partly because the only way out was to return the way I came. Thinking back on it now, I really wish I had given myself a talking to and got on with it, as it would have been fascinating to see more.

It is free to wander around the ruins of the cathedral, the ticket here gains you access into the museum and also a climb up St Rules tower. Because I was a little short on time, I opted to just buy a ticket for the castle.

It costs £5 to visit the cathedral, £6 to visit the castle or £9 to visit both. If you are in Scotland longer and visiting other sites, such as Edinburgh Castle or Loch Leven castle, considering buying a Explorer pass where you can visit as many sites as you want over 3 or 7 days.

After some time in the castle I walked down towards the sea. Stopping off at St Andrews harbour, which is one of the less well known parts of St Andrews. There are some beautiful little houses, as well as it being home to some smaller fishing vessels. 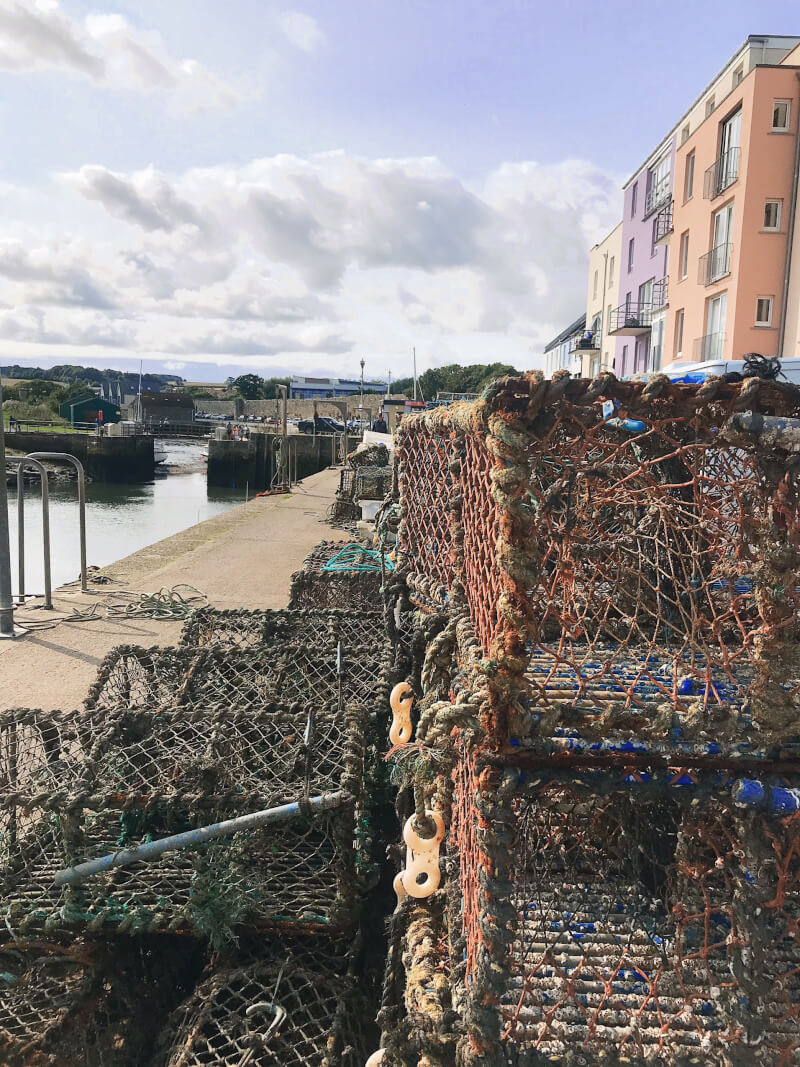 This was once a very busy port and part of the life blood of the town. Now, a very peaceful spot.  You walk out along the harbour wall towards the sea. This affords you beautiful views of the coast and also back towards the town. 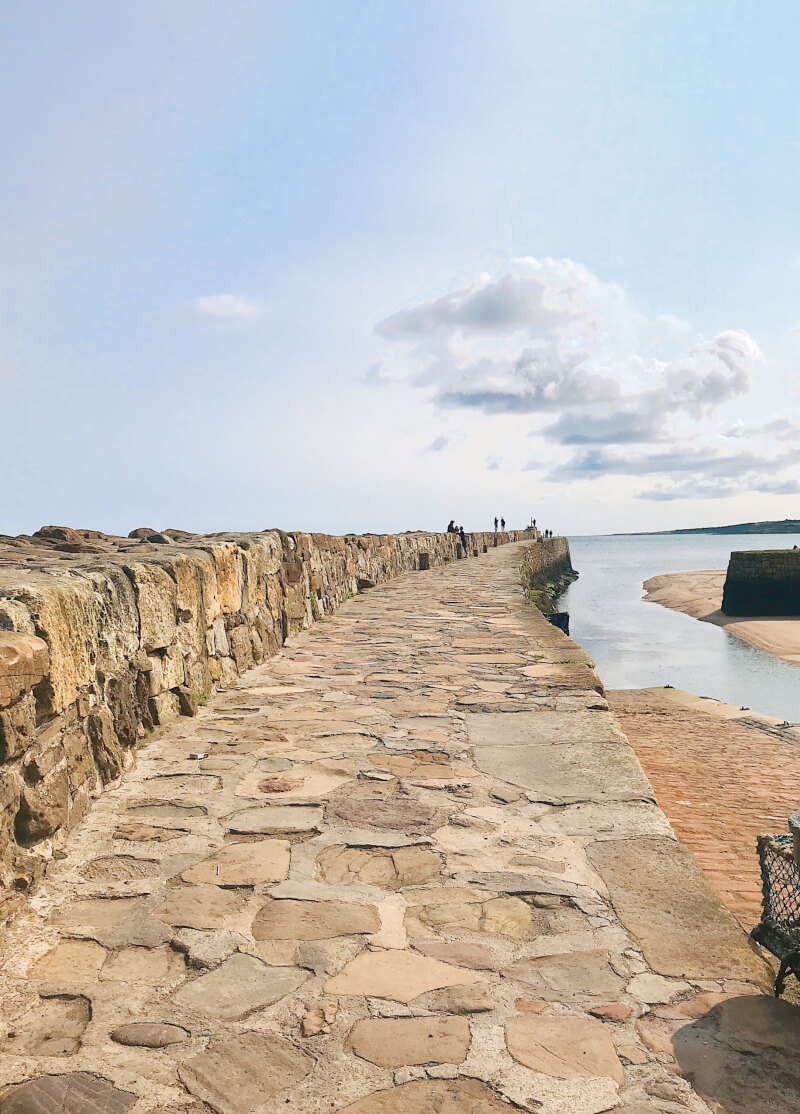 Walking along from the harbour towards the sea, you get one of the beaches in St Andrews. The other being West Sands, located on the other side of the castle. 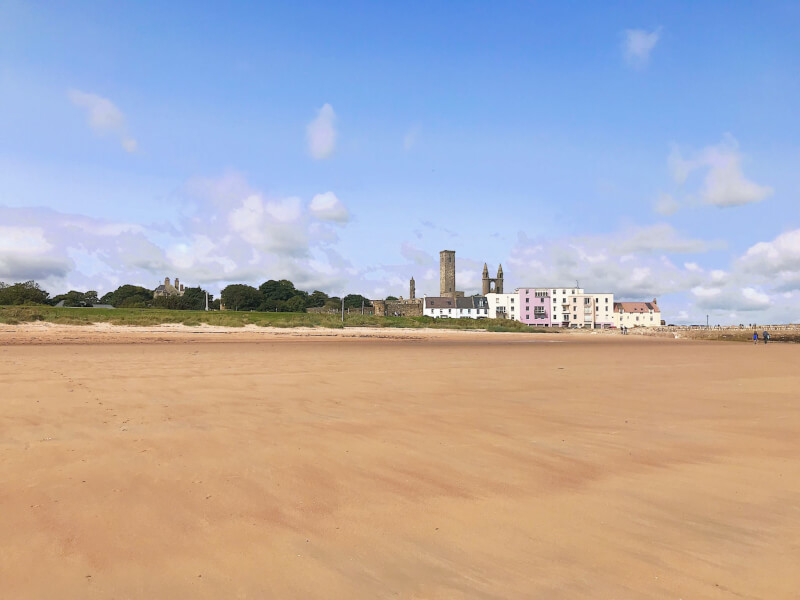 The beach was large and for the most part deserted. I wandered along the sand, feeling a little like the ending of Shakespeare in Love, and dipped my toes into the rather chilly Scottish Sea. 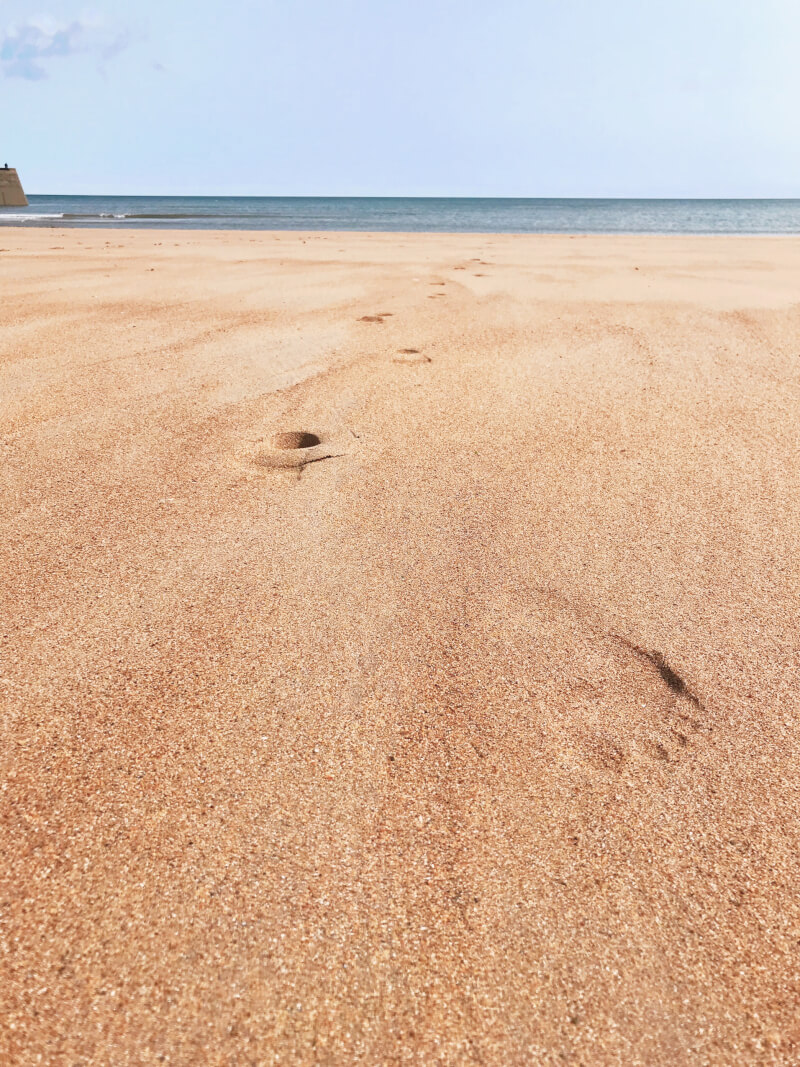 For a beach located just minutes from a town centre, and in the shadow of great ruins, it felt very quiet and empty.

Before having to leave to get to the airport I wandered around the centre of the town for a while. First things first though, I stopped off at Canny Soul for an absolutely enormous cup of tea. 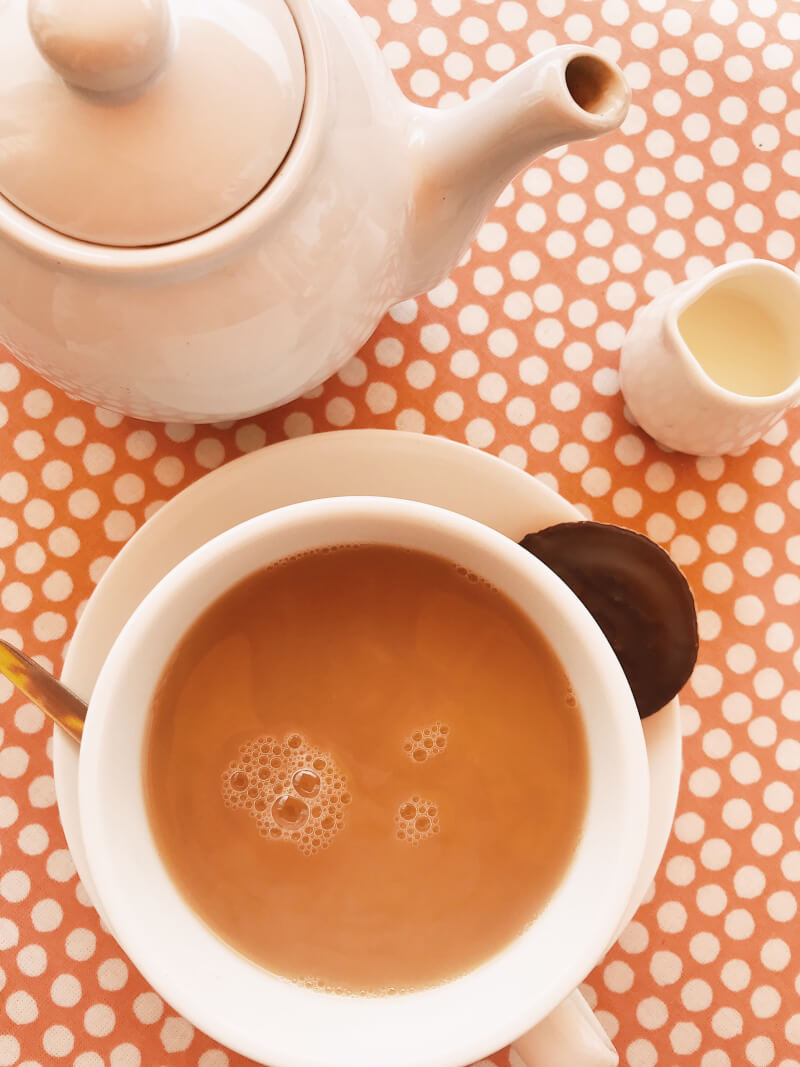 There are plenty of independent and quirky shops and cafes to explore, as well as some high street favourites. I stopped off in the stationers to buy a Christmas decoration for my tree.

The feel of the town obviously changes greatly when the students are there. In fact the population almost doubles during University term time. I visited at the end of August, so just before the new starts. Visiting out of the term time would be my recommendation, as the town will be a lot less busy. 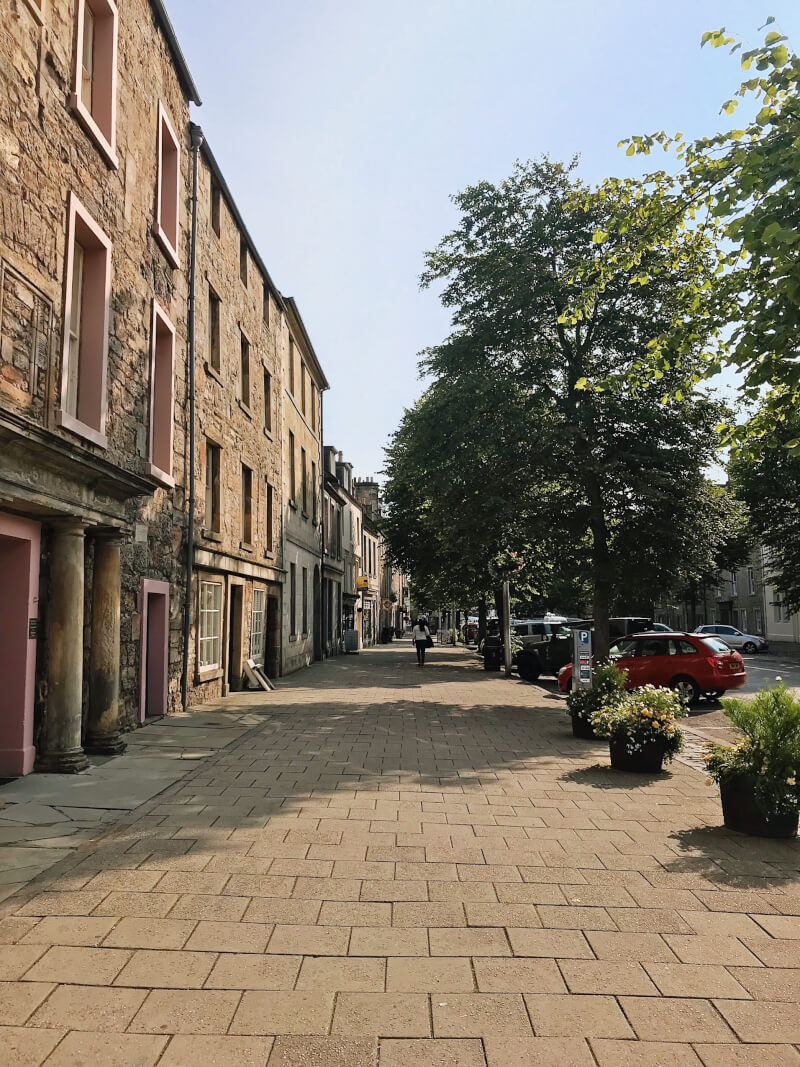 I would also say it was best to get there early, they are popular sites and so it has the potential to get busy. Having said that, I arrived at the castle at around 11am, and there were not the hoards of people you would expect. Equally, when I walked back past the cathedral, there were definitely more people than first thing in the morning, but not a crazy amount.

The time I had in St Andrews obviously dictated how much I had to see. While I would say it was enough time, there are, of course, things I missed.

Firstly the university. This town is obviously defined by its university. It is the oldest in Scotland. I would have liked to have a chance to wander through some of the 600 year old buildings.

The other thing St Andrews is famous for, is its golf. Personally this doesn’t interest me, but I know it would appeal to a lot of people!

Absolutely! I can safely say this is one of the prettiest towns I have ever visited. Full of charm, character and history. I have fallen in love.

Have you ever been? What did you think? 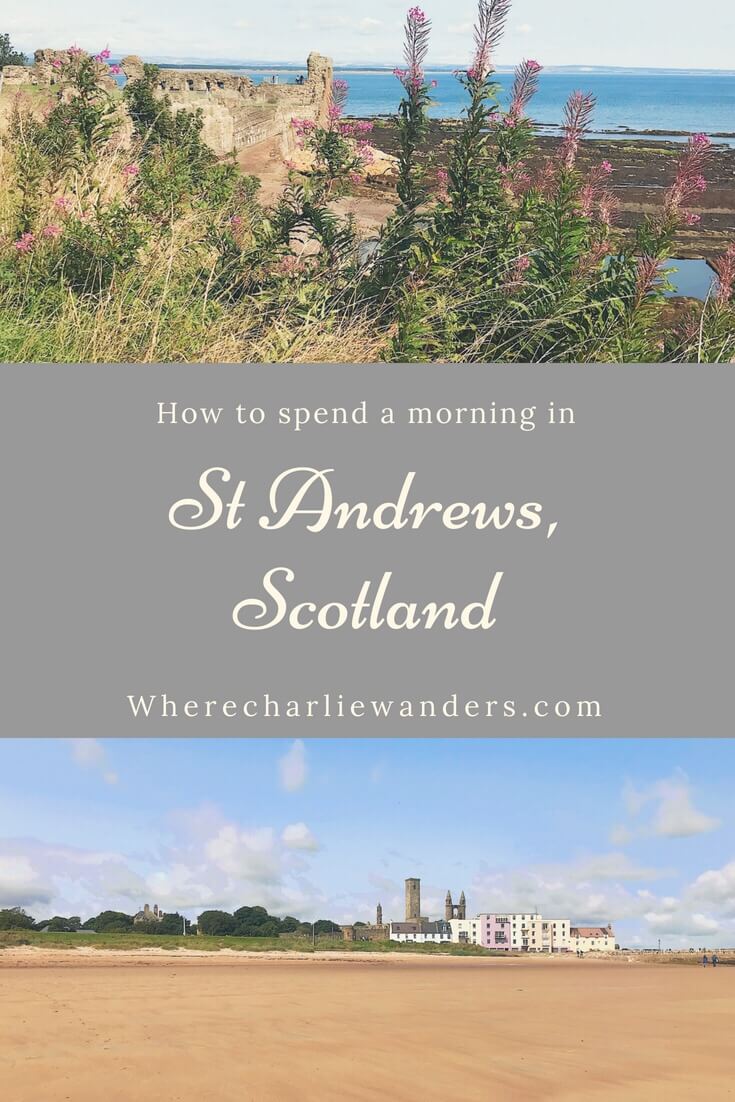 How I maximise annual leave

Best views in Venice to photograph

Things to do in Norfolk, UK

Looks like my kind of town. Lots of ruins and history. Have to get past Edinburgh and see more of Scotland. Enjoyable read

If ruins are your thing. This is the town for you! I was in HEAVEN! I definitely want to see more of Scotland now. Thanks so much for commenting 😊

St Andrews bas been my favourite place since I was little! The Air BnB we were staying in over Christmas was extremely near the castle and cathedral, we climbed up the tower which was great! So glad you enjoyed it, the photos are gorgeous too! Lovely seeing a post on a place I love! X

Oh wow, that sounds like the perfect place to stay! I fell in love so much. I cannot wait to go back!