China. I can’t quite believe it was almost 4 years ago that I boarded a plane on my own to Beijing to start my nine week adventure around Asia. My first taste of solo travel and I was terrified.

This was first country in Asia. It was not what was I was expecting. Visiting in late Jan / early Feb and the best adjective I can use to describe it was grey. I do feel I may have missed the best parts of the country, but the real reason (and only motivation) for going was to see the Great Wall of China and that was EPIC.

See below for what I learnt about this country.

Visas are required before travelling to China. It is quite a lengthy form, and a lot of it is in Chinese! But you can muddle through. Make sure you don’t mention you are visiting Tibet, even if you are.

I was warned, and this was very good advice, that the Chinese will be very curious upon seeing white tourists. As so many of them have never left the country, and what they have seen is controlled – we were like celebrities. As I have blonde hair and blue eyes, I received quite a bit of attention and must now appear in so many Chinese people’s photos. Being warned meant I wasn’t surprised and understood the attention.

Do your research on the weather. It was extremely cold when I was in Beijing and I don’t think I was fully prepared. The weather was predominantly grey, and I do think Spring or Autumn would be the best time to visit.

Beijing. Cold, busy, polluted and just a little bit crazy. Possibly not the easiest introduction into solo travel, but I worked it out. And I have never looked back.

A lot of China involved visiting the necessary tourist sites. In Beijing one must see Tiananmen Square and the Forbidden City. It really was quite remarkable. 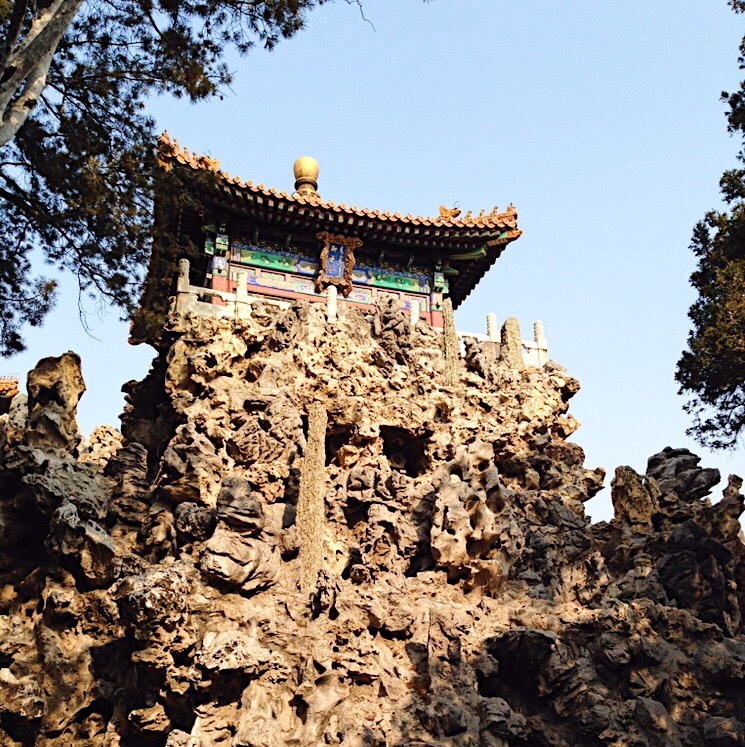 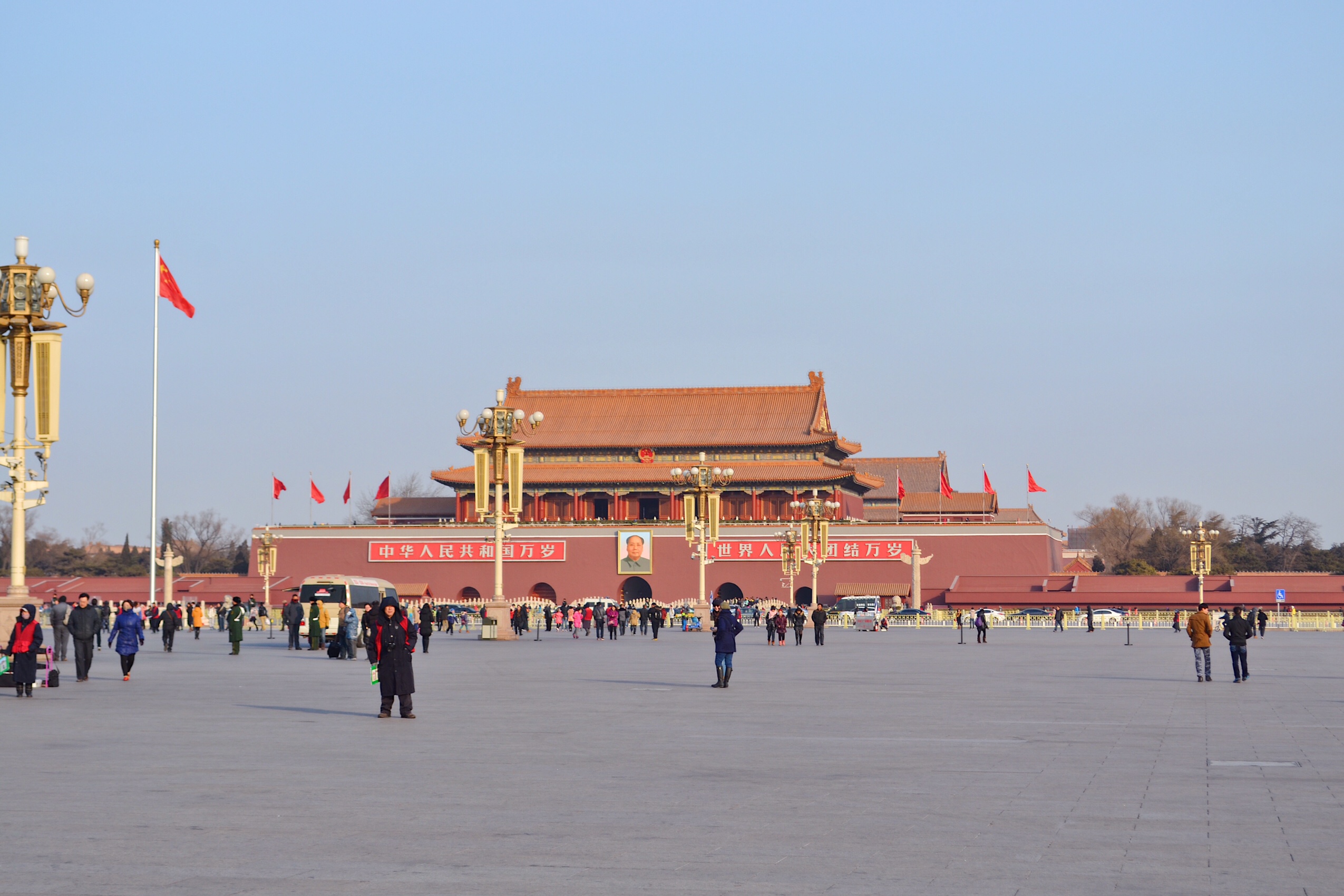 We also visited a night market, with some of the weirdest food I have ever seen. I did not try it, but some of the group did. 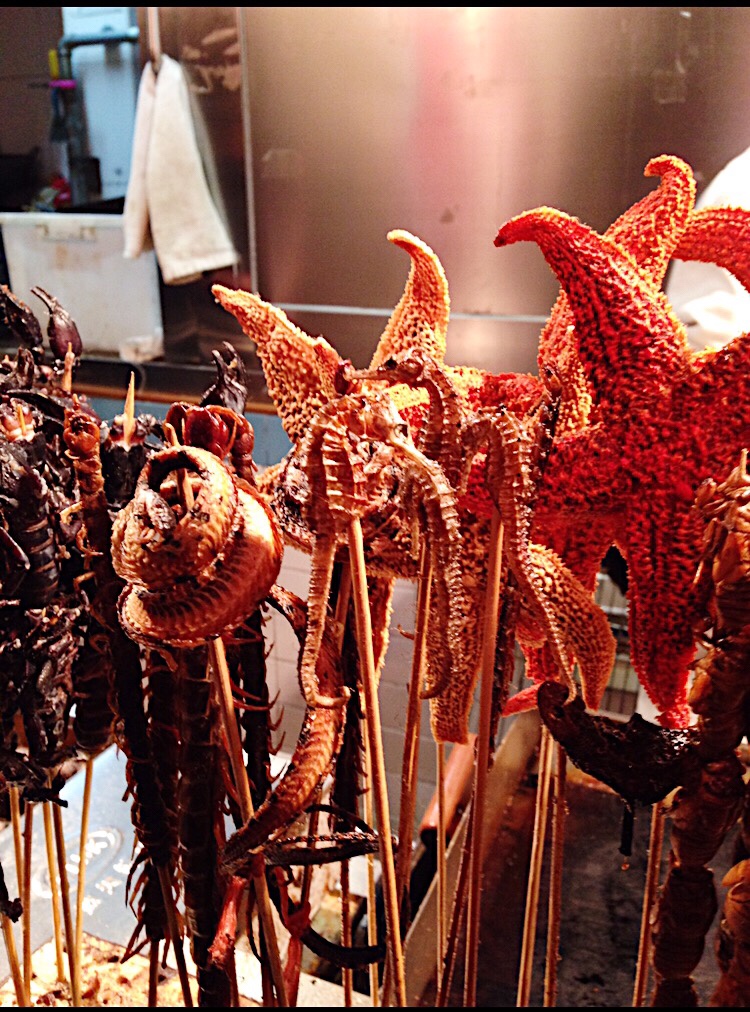 One of my overriding memories of Beijing, is having the best, most delicious Peking Duck of my life. I am really sorry, I have no idea where I was. Our guide took us through someones house to come out in a tiny restaurant in the back. This is one of the bonuses of travelling with G Adventures, the local CEO’s have access to places I would not have found on my own. 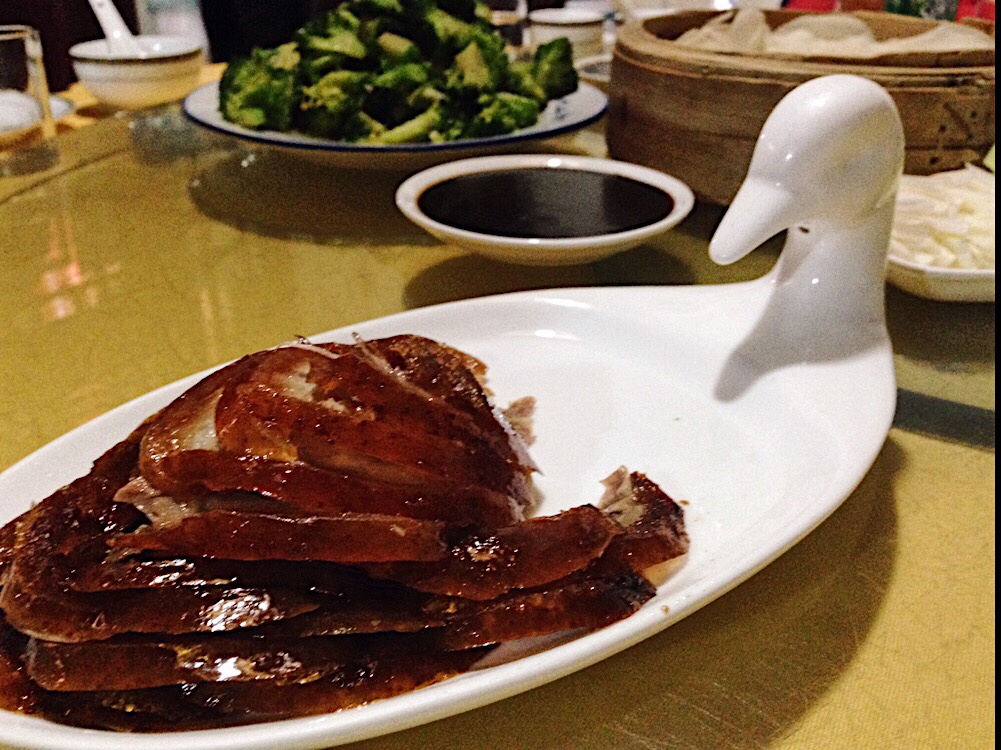 There are many different places to visit along this huge expanse and clearly some places are much more accessible than others.

We headed to a part of the wall called Mutianyu, which is about a 2 hour drive outside of Beijing. This is a very intact part of the wall and one of the most well known, although not too crowed. It is over 3 miles long and has some great surrounding scenery – a very good first visit to the wall. 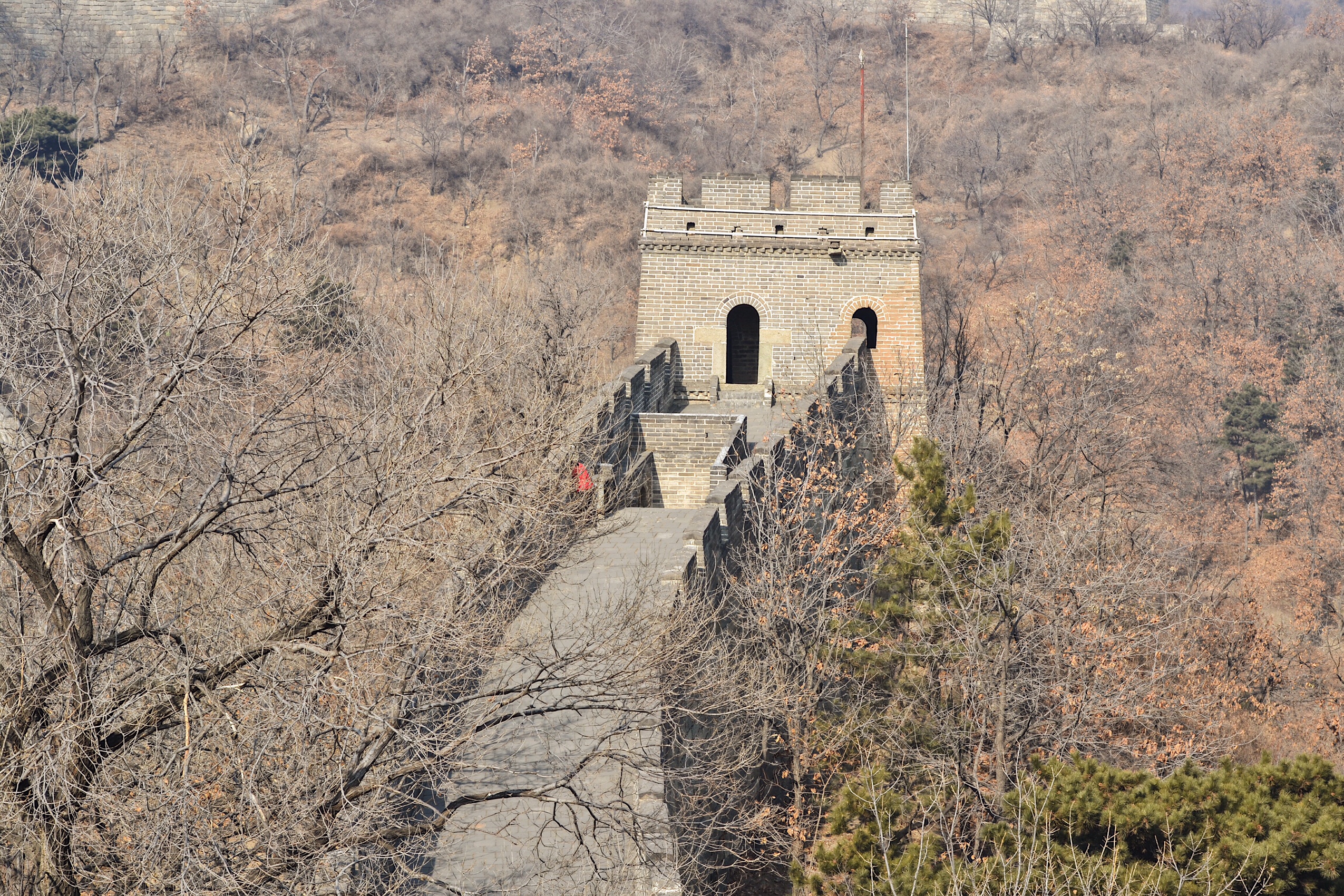 The walk up to the wall was a lot of steps. But back down had an optional toboggan ride! Certainly not what I was expecting and not to everyone’s taste, but good fun.

It was absolutely remarkable and everything I had hoped it would be. I don’t think anyone planning a trip to China needs to be told to go here, but it is worth the hype.

This town was actually my highlight in China. 500,000 live inside the old town walls, and outside – 7.5 Million! We arrived at night and the walls and bell tower were lit up beautifully. 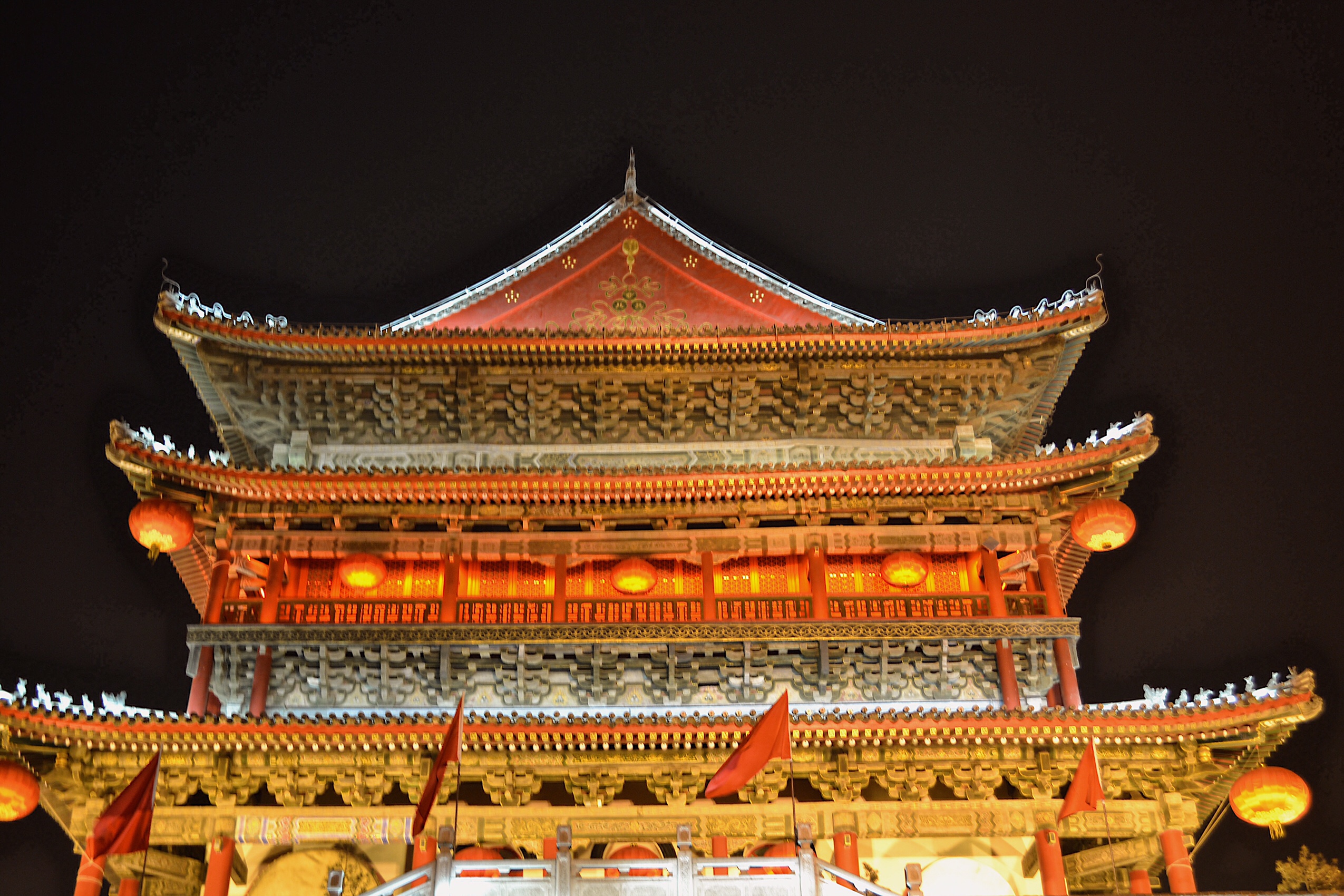 We also had the most delicious (and cheap) fried pancakes with beef, leek and pork. And then a little further down the street, amazing lamb and beef dumplings. Seriously check out the street food. 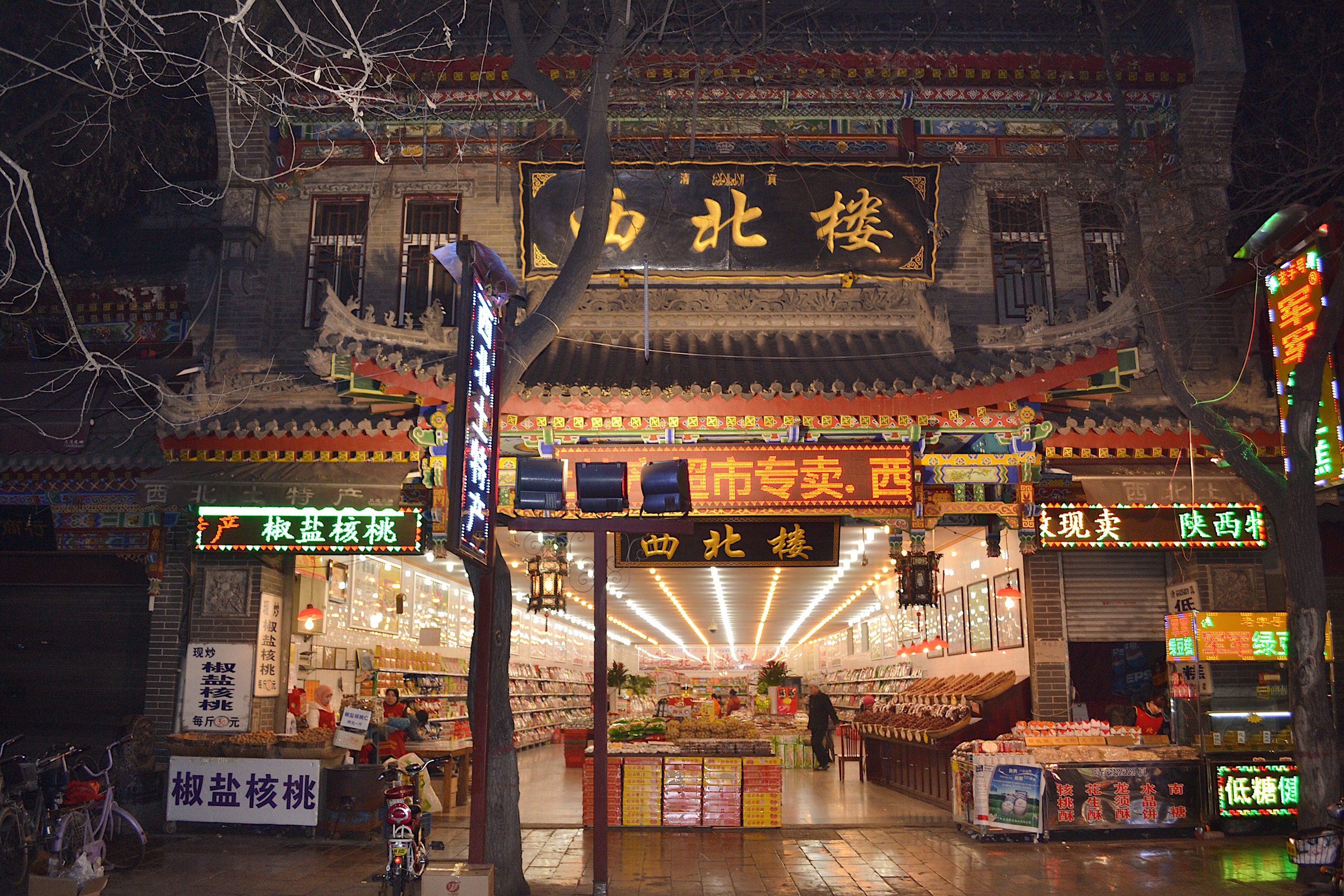 The next day we hired bikes and cycled the 14km around the old city walls. A must do. 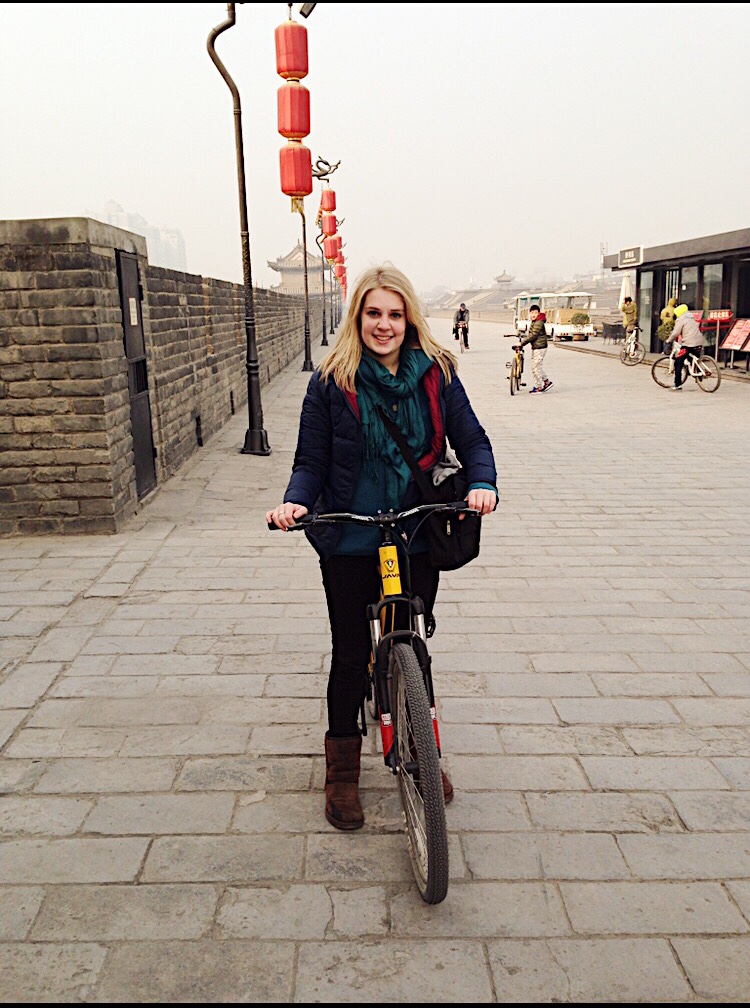 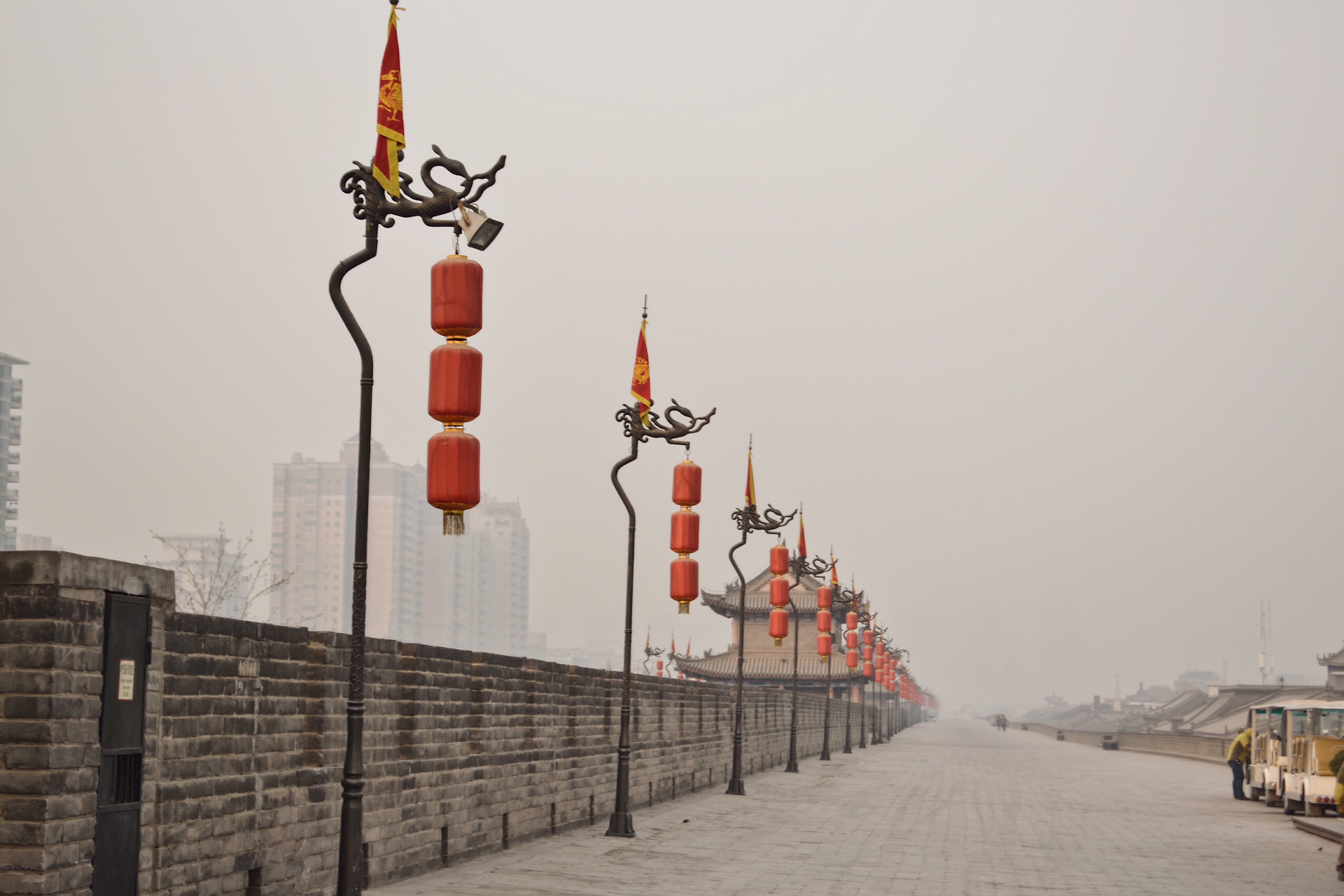 Another must see on any trip to China. Honestly, they weren’t exactly what I was expecting. So few of them were actually restored, and the video explaining hadn’t been updated since what felt like they were discovered. However, seeing all the warriors standing a row was quite the sight. 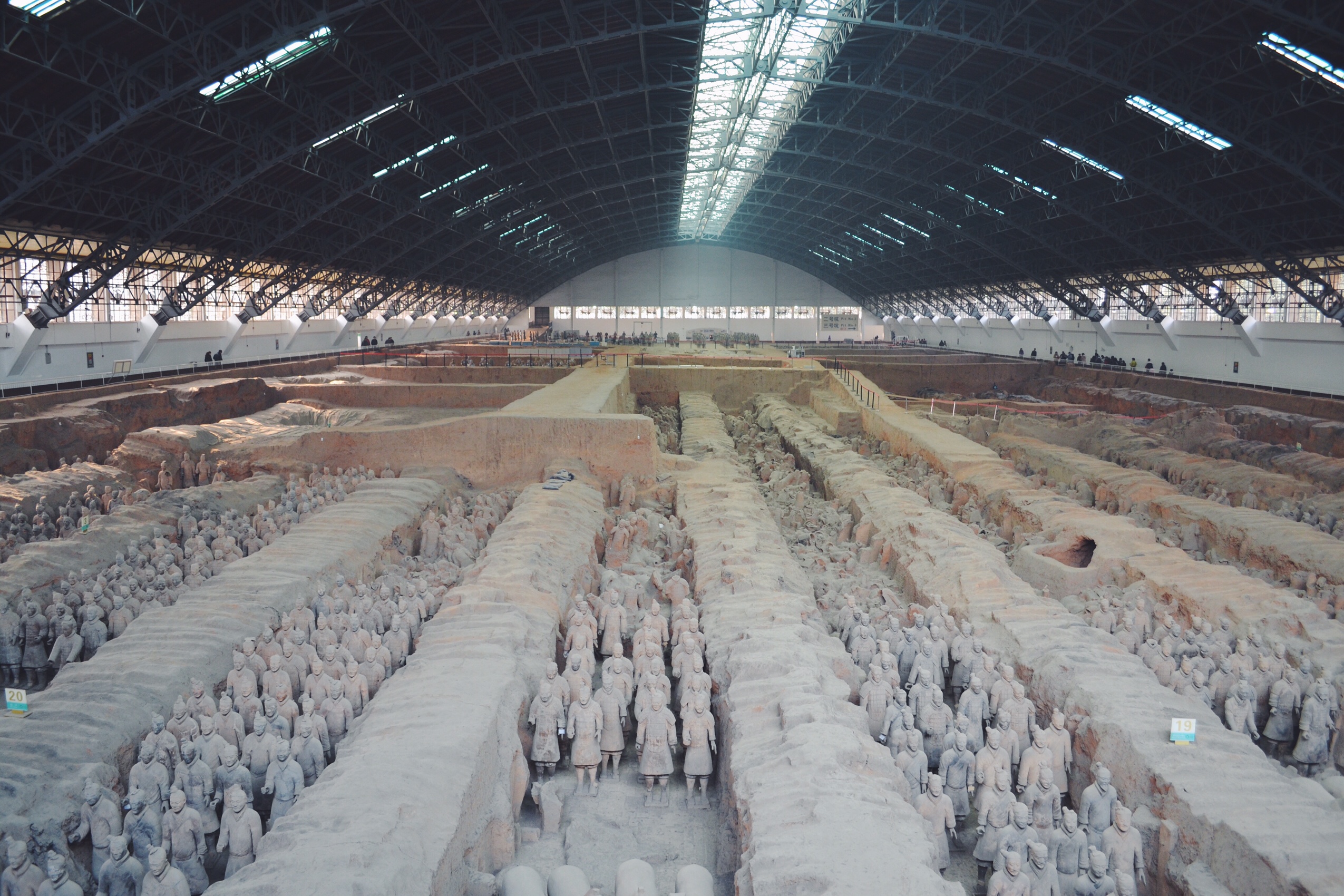 The things to see in this town – Suzhou is known as the ‘Venice of the East’ so we took a boat trip around the canals. I am sure it is beautiful, but at this time of year it was grey (again). 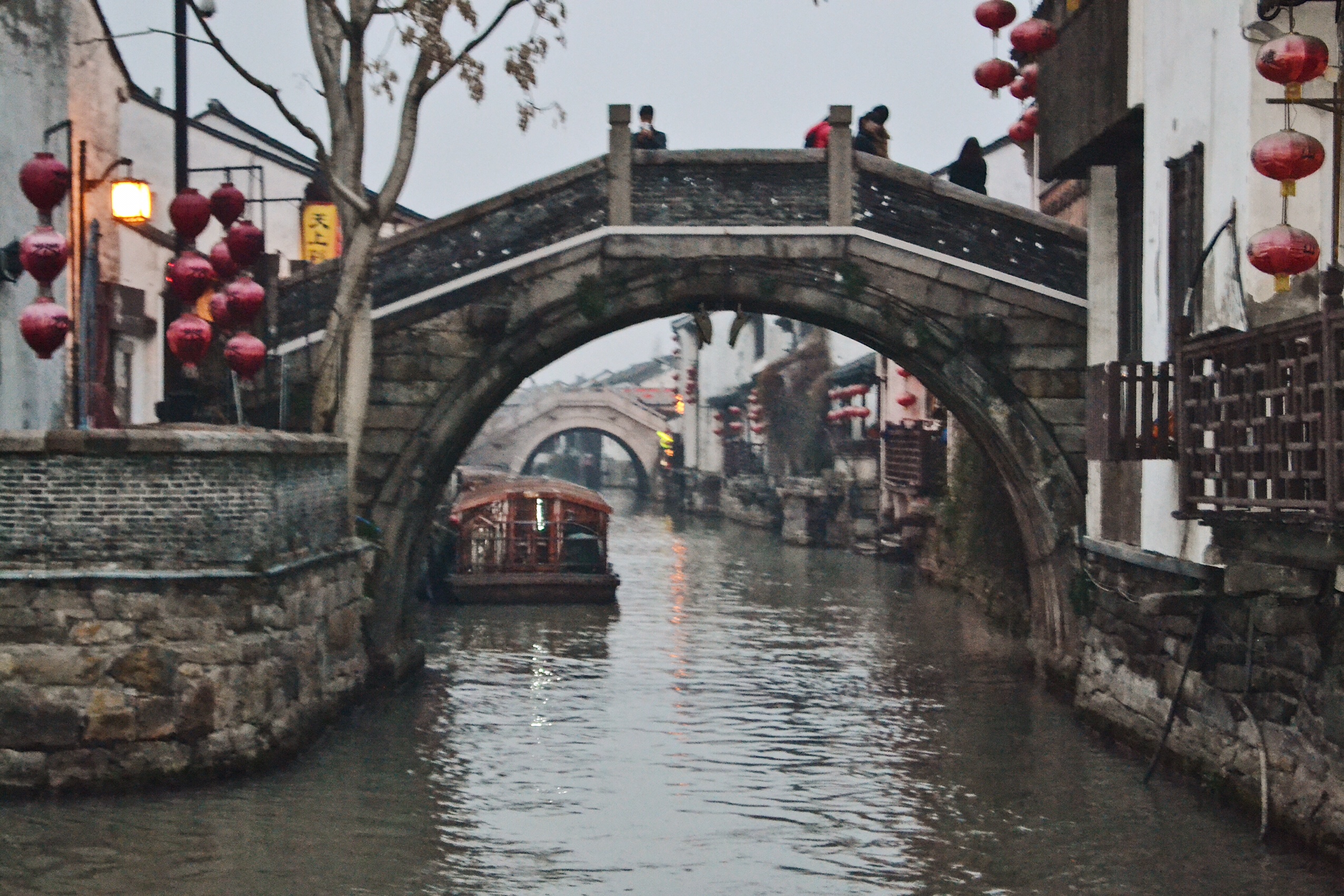 Likewise the Master of the Nets garden. I have seen amazing pictures of this place, but January is not the best time of the year. 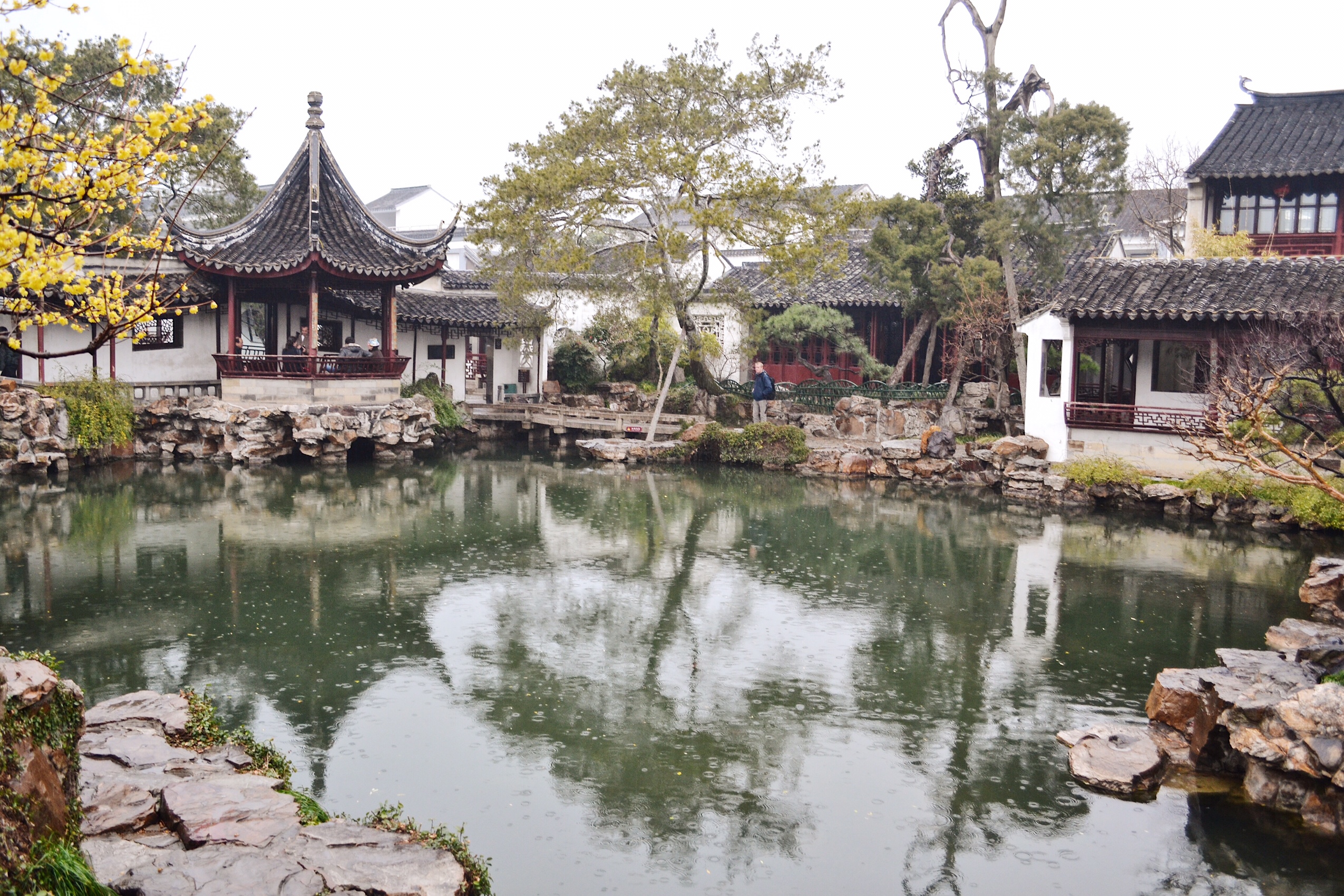 A rickshaw tour was a great way to see the rest of the town, including the oldest part which is 1000 years old, the Opera House and the local markets. These quite literally sold everything.

My favourite city in China. It was warmer, brighter and vibrant.

The firs thing to see in Shanghai is the Bund – this was such a spectacular view. A boat can be taken across the river, and from there you can go up the building named the Bottle Opener. The views across the city are, I am sure, wonderful. However it was incredibly smoggy on the day I visited. 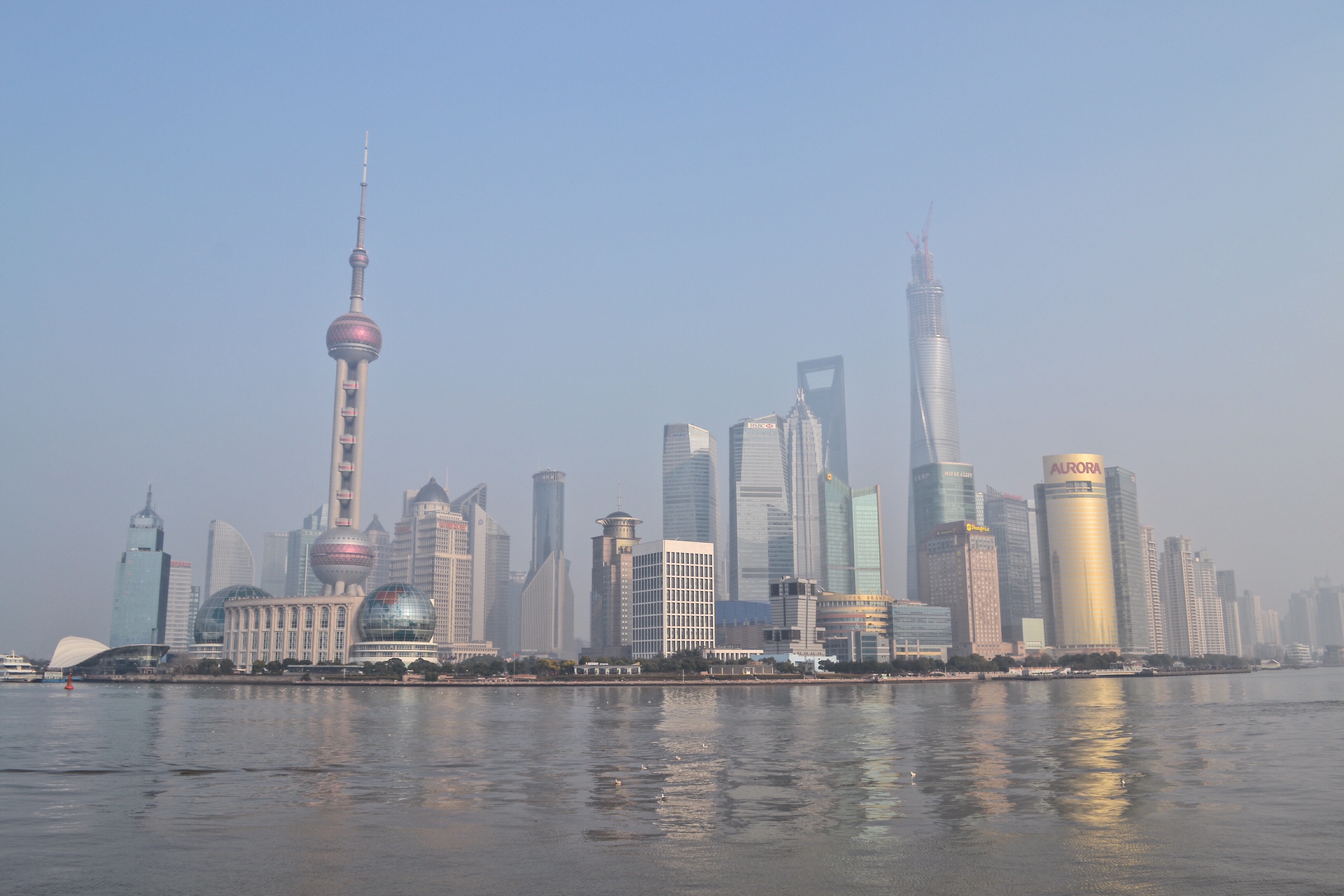 The nightlife in Shanghai is thriving, karaoke bars followed by nightclubs are an excellent way to spend an evening.

One of my favourite days in China was visiting the traditional market area. It was so mentally busy and what I had imagined Shanghai to be. Beautiful silk museums and shops and ‘the best dumplings in China. 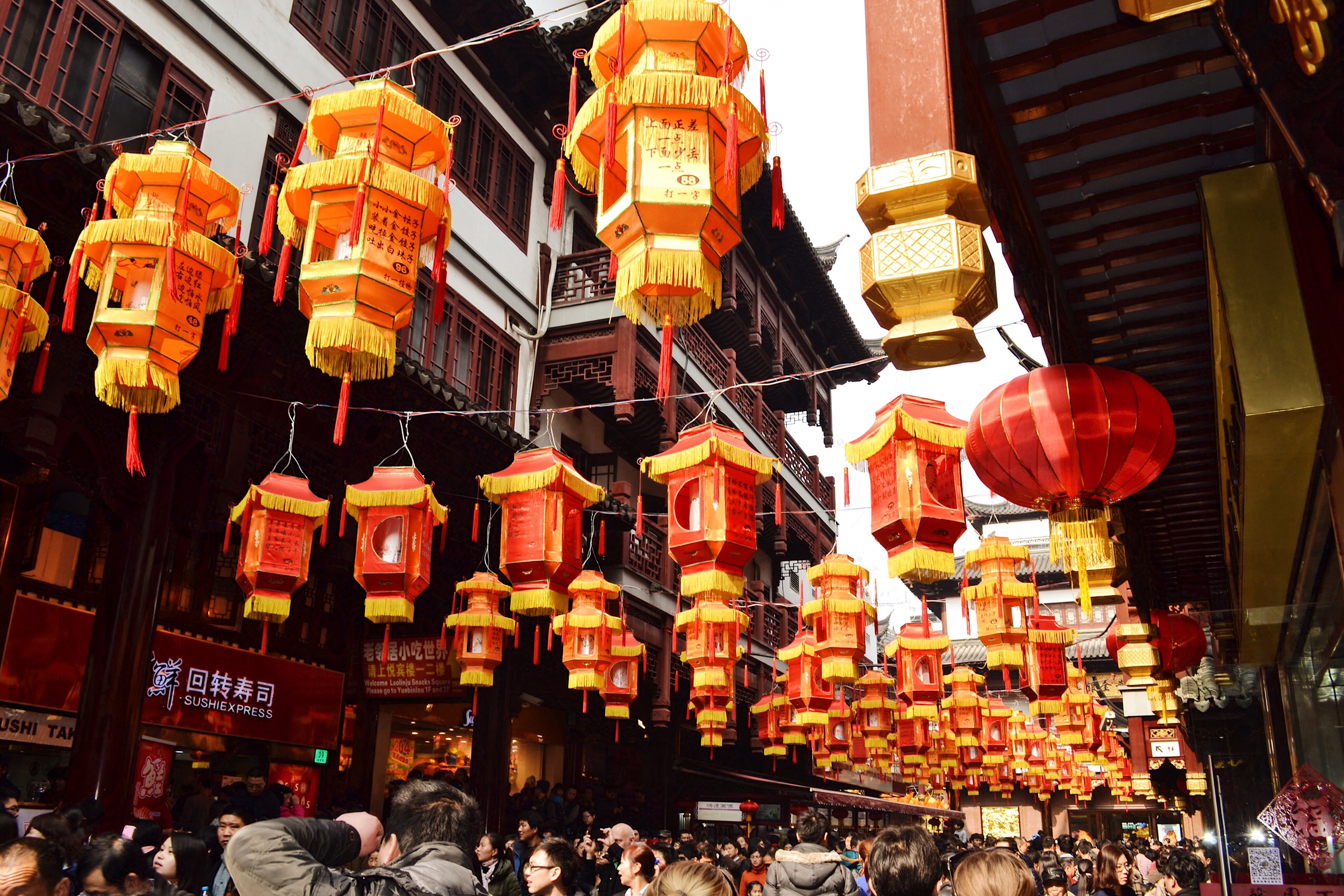 In Beijing we used the public buses a lot – very convenient and super cheap. Definitely worth getting to grips with, as it does open up the city.

We took an internal flight from Beijing to Xi’an using Hainan Airlines. It was very comfortable 2 hour flight, and a great way to quickly get across the country.

The other option is to take the sleeper train, which I did to get to Suzhou from Xi’an. We travelled in a cabin known as a hard sleeper. I expecting the worst but actually I had very good nights sleep! There isn’t much room for luggage however, so this needs to go at your feet. 3 bunk beds high with 6 in a cabin.

My two tips ? 1. Buy food at the station before boarding. There is a restaurant carriage on board, but due to some language barriers one guy on the tour accidentally ordered one of everything on the menu. He asked us to help him eat it, but we had no idea what we were eating.

Tip 2. Avoid the squat toilets in the morning!

In Shanghai I totally got to grips with the metro system – it is very easy to navigate. Incredibly crowed, but definitely the easiest way to get around the city.

The best part about China was the food. We have Chinese food in England but this doesn’t even come close. Half the time I didn’t even know what I was eating but it was amazing. Egg fried rice took on another level!

Most of the meals are served on a lazy Susan, which was great when in a group. It meant you got to try a little of everything. One of the great surprises for me was a dish that constituted beef in a cheese sauce!

It was this trip around Asia that started my ‘Reaching 30 before 30’ and China was country number 18. I am so aware I haven’t seen the best of China, and after all this country is so vast I don’t think you could ever see it all. But it was a great introduction to China, Asia and most importantly going out on my own!

Have you been to China? I would love to hear about it.

Check out my other posts on Asia – Vietnam, Cambodia, Thailand and Malaysia.

Very informative post! I have never been to China but have the opportunity to go to Taiwan at the end of the year. Looking forward to reading more about your Asia travels.

Thank you so much, I’m so pleased you enjoyed. Vietnam next! Have an amazing time in Taiwan.

Awesome post, it’s nice to relive visiting those places through your eyes. I am happy you enjoyed your first solo travel experiences.

Ah thank you! I’m so pleased you like the post. Solo travel was the most amazing thing, definitely want to do more!

What G adventures tour did you go on? I’m looking at travelling to either China or Japan next year 🙂

It was a ‘Classic’ – China Express. There are lots of options, depending on how long you’ve got. Enjoy your trip. I’ve been to Japan as well, both fantastic countries ! You’ll have an amazing time.

How long did you go for? There are so many options, which makes it hard to pick haha. Amazing! I think your idea of thirty countries before thirty is really cool! 🙂

Really enjoyed this. We have just done similar trip but we are in our seventies! Used a Chinese travel agent from Guilin who were magnificent, as was Guilin and the Li River. Suzhou too was a highlight, and the food and clean loos. Stayed in Chinese style hotels. I could do it all again, especially Xi’an and our travel agent said we should t miss the yellow river. Going to enjoy your other blogs thank you

The food was so good! I would also like to go back and explore more of China, such a great country.
Hope you enjoyed the other posts!

I’d definitely recommend returning in summer – much less grey! I definitely felt the same about Beijing when I arrived at the end of February but in summer it’s so beautiful.

The photo thing is hilarious to me – my sisters and I visited a small village for Chinese New Year which is very popular with Chinese tourists and so were some of the only foreigners there. I kept hearing people whisper “Look! Foreigners!” and pointing at us and then once one person asked for a photo, they all started asking as my sister loves getting her photo taken so was posing away with them for ages.

yes, I definitely think I need to return when it is sunnier! You could lose hours to posing for photos!